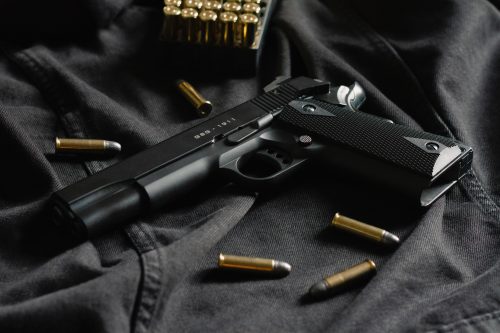 WASHINGTON, D.C. – The U.S. Sentencing Commission released its most in-depth report on federal firearm offender statistics to date late last week against the grave backdrop of recent gun violence concerns, including more than 300 mass shootings in the U.S. so far in 2022, more than four mass shootings a week, according to the Gun Violence Archive.

The 46-page report, titled “What do Federal Firearms Offenses Really Look Like?,” revolves around a specific section of law that prohibits the “unlawful receipt, possession, or transportation of firearms or ammunition; prohibited transactions involving firearms or ammunition.” The report expands on and continues the Commission’s previous work regarding federal firearms offenders.

Prior reports from the Sentencing Commission reveal that firearms offenders typically have a more extensive criminal history, are from a younger demographic, are more likely to engage in violent criminal behavior, and are more likely to have higher recidivism rates than other offenders.

The latest report features statistics on the demographics, frequency of cases, and sentencing for firearms offenders. The report utilizes coding data analyses, contains comprehensive classifications of firearms offenses and offenders, and delves deep into the criminal history of firearms offenders to achieve the most in-depth report to date.

According to the report, cases involving firearms offenses are one of the most heavily prosecuted and sentenced crimes in federal court. In the 2021 fiscal year, firearms cases involving rose from 5,325 to 7,735 and accounted for a startling 40 percent of the caseloads in five districts.

Offenders sentenced for the most common firearms code have “criminal histories that are more extensive and more serious than other offenders,” with 60.6 percent of firearms offenders having a prior conviction for a violent offense compared to 29 percent for all other types of offenders, according to the report.

The majority of offenders sentenced with firearms violations were not legally able to own a gun, the report noted, adding that many of these offenders had prior convictions for violent crimes, and therefore faced federal felony charges, because they were prohibited from possessing a firearm at all.

Nearly 90 percent of all firearms offenders were not legally able to possess a firearm when they committed their firearms offense. Such offenses often involved aggravating criminal conduct and modified or prohibited weapons, such as guns with serial numbers filed off or sawed-off shotguns.

In terms of sentencing, the report said “prohibited persons who did not engage in aggravating conduct received an average sentence of 35 months” which could be lengthened under particular circumstances, including offenses with stolen firearms (55 months), prohibited weapons (58 months), trafficking (62 months), or using or conspiring to use the firearm in connection with another crime involving violence or drugs (119 months).