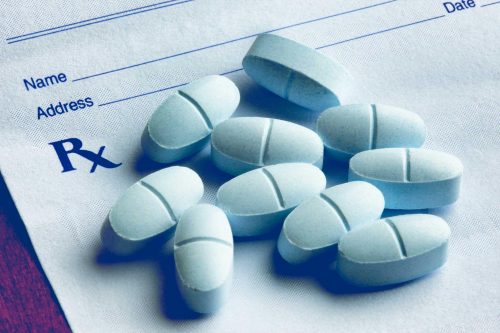 ATLANTA, GA – While black market fentanyl use and sales are increasingly becoming a mainstay in U.S. courts, a new study suggests, in the face of massive lawsuits and deaths, that suspected opioid over-prescribing which allegedly led to drug-related deaths is not now true—if it ever was, according to the study that seeks to overturn CDC guidelines.

According to a “Frontiers in Pain Research” study as covered in Reason magazine, the CDC used its out-of-date theory that “opioid prescriptions were driving drug-related deaths,” said independent researcher Larry Aubry and statistician B. Thomas Carr.

Despite the sharp decline in medical use of opioids, the use in opioid-related deaths, largely involving illegal fentanyl, has not only continued but increased—last year, it reached the highest level ever recorded, the study concludes.

Reason suggested the outcome was entirely predictable, since the crackdown on pain pills drove nonmedical users (and some patients) toward black-market products that are much more dangerous because their composition and potency are uncertain and highly variable.

“More recent data do not support the premise underlying the agency’s pernicious advice. The CDC nevertheless included the same outdated analysis in the revised pain treatment guidelines that it published last February, which aim to ameliorate the damage done by the original version,” said Reason.

“It is critical that public health policy and individual patient care not be based on out-of-date or misleading information,” Aubry and Carr write, noting “the direct correlations used to justify the CDC guideline and guideline update,” which “existed from 1999 to 2010,” are “no longer present.”

They charged CDC policies to review opioid prescriptions are “unfounded and ineffective.”

Agency director, Tom Frieden, said “overprescribing opioids—largely for chronic pain—is a key driver of America’s drug-overdose epidemic.” In congressional testimony, Andrew Kolodny, director of Physicians for Responsible Opioid Prescribing, likewise claimed “the CDC has shown that a sharp increase in prescriptions for opioids resulted in a corresponding rise in addiction and overdose deaths.”

Aubry and Carr, citing 2010-2019 statistics, said, “The analyses revealed that the direct correlations (i.e., significant, positive slopes) reported by the CDC based on data from 1999 to 2010 no longer exist…the relationships between [the outcome variables] and Annual Prescription Opioid Sales (i.e., MME per Capita) are either non-existent or significantly negative/inverse.”

Those findings held true in “a strong majority of states,” Aubry and Carr added, noting, “there was a statistically significant negative correlation (95% confidence level) between [opioid deaths] and Annual Prescription Opioid Sales in 38 states, with significant positive correlations occurring in only 2 states.

The researchers said 10 states did not exhibit significant (95 percent confidence level) relationships between overdose deaths and prescription opioid sales during the 2010–2019 time period.”

By 2021, prescription opioid sales had fallen to the lowest level in two decades, the study confirmed, and added the policies and practices inspired by the CDC’s 2016 guidelines contributed to that downward trend.

Aubry and Carr said “47 states and the District of Columbia” now “have laws that set time or dosage limits for controlled substances.” In a 2019 survey by the American Board of Pain Medicine, the American Medical Association reports, “72 percent of pain medicine specialists” said they had been “been required to reduce the quantity or dose of medication” they prescribed as a result of the CDC guidelines.

Studies charge undertreatment, reckless “tapering” of pain medication, and outright denial of care. The FDA in 2019 said it had “received reports of serious harm in patients who are physically dependent on opioid pain medicines suddenly having these medicines discontinued or the dose rapidly decreased.”

Consequences “include serious withdrawal symptoms, uncontrolled pain, psychological distress, and suicide.” The extent of such problems was reflected in an admonition that the CDC included in its revised guidelines: “Clinicians should not abandon patients.“

The authors of the original CDC guidelines say their advice was misinterpreted and “misimplemented,” but that was a danger they should have anticipated, according to the Reason story, noting “the revised version no longer implies that opioid doses exceeding 90 MME a day are ipso facto medically inappropriate

But the CDC maintains these medications carry risks due to their potential for diversion and nonmedical use among individuals to whom they were not prescribed, noting “In the United States, opioid prescribing increased four-fold between 1999 and 2010, and this increase was paralleled by a nearly four-fold increase in overdose deaths involving prescription opioids during the same time period…as well as increases in prescription opioid use disorder.”

Aubry and Carr insist that relying on those outdated numbers is misleading, and suggest the CDC’s advice “should be corrected/updated to state no direct correlation has existed” between prescription opioid sales and drug-related deaths or treatment admissions since 2010, and “individualized patient care and public health policy should be amended accordingly.”

Share:
Tags:CDCDepartment of Health and Human ServicesFentanylopioidpain pills
Previous : The Forgiven Past
Next : 70 Current and Former Elected Prosecutors Concerned with Court Ruling that Erodes Prosecutorial Discretion on Three Strikes