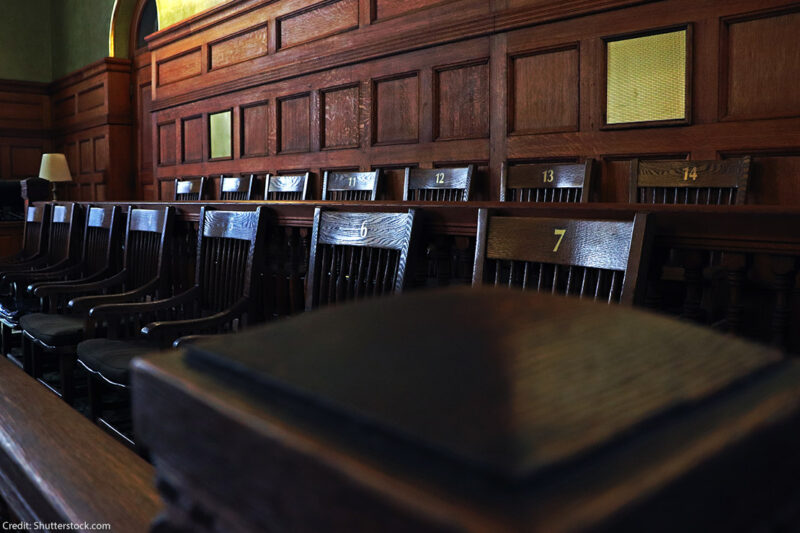 “Death qualification” is yet another way prosecutors stack the odds against Black defendants and in favor of capital punishment.

By Brian Stull and Henderson Hill

Every person accused of a crime is entitled to a jury of their peers. While this is a fundamental right, it is not the case in death penalty trials. Jury selection in death penalty trials is unconstitutionally discriminatory and exclusionary because of a process called “death qualification,” which prosecutors use to exclude jurors.

Here’s how it works: To serve on a death penalty jury, potential jurors must declare to prosecutors that they are willing to impose the death penalty. This assertion makes them — “death qualified.” Death qualification is as sinister as it sounds, and it’s demonstrably racist.

Disproportionate numbers of Black jurors and jurors of faith, especially Catholics, are excluded from death penalty juries. Combined with the prosecutor’s use of peremptory strikes — or removing jurors without providing a reason — death penalty juries end up being overwhelmingly white, male, and biased in favor of the prosecution and death. We should note that even though the Constitution forbids using peremptory strikes to remove jurors based on their race, prosecutors frequently do so anyway by using various evasive tactics.

We are challenging the exclusionary and racist practice of death qualification on behalf of two clients — Brandon Hill in North Carolina, and Dennis Glover in Florida. A hearing on our motion to bar this practice in Mr. Hill’s case starts tomorrow.

In both cases, experts have conducted studies to learn whether death qualification skewed jury composition in the counties our clients are having their trials. It does.

In Duval County, Florida, where Mr. Glover is being tried, a study of 12 capital cases since 2010 (where 11 out of 12 people on trial were Black) involving more than 800 jurors found Black jurors were twice as likely to be removed as white jurors because of death disqualification.

In Wake County, North Carolina, where Mr. Hill is being tried, a study of the last 10 capital trials found similar results — with Black jurors again twice as likely as white jurors to be removed from capital juries because of death qualification and prosecutors’ use of peremptory strikes.

The death penalty has a racist history that lives on in prosecutors’ use of death qualification and Black communities’ opposition to the death penalty.

Since the founding of our country, white people could kill, assault, or degrade Black people for any reason. Courts and law enforcement upheld this racial hierarchy and racial violence. If Black people weren’t lynched, the deeply tainted court process served as an avenue for “legal lynchings” — where all-white juries sentenced Black people accused of crimes, often falsely accused – to death. Death qualification to exclude Black jurors is a legacy of this shameful history.

Juries are meant to represent the community’s conscience. But in capital trials — where the stakes couldn’t be higher — our courts exclude entire demographic groups and entire viewpoints. Not only does this violate the rights of Black jurors and jurors of faith to serve, it violates the rights of accused people to have fair trials, like our clients Mr. Hill and Mr. Glover. They have the right to a fair, representative jury — not a jury that is unconstitutionally engineered to impose death.

A hearing on Mr. Hill’s motion is scheduled for August 31 – September 1 at the Wake County, North Carolina Justice Center.