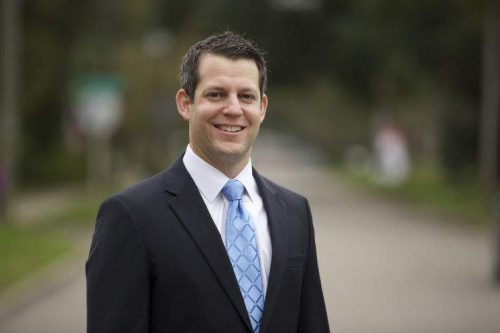 TALLAHASSEE, FL — Gov. Ron DeSantis’ decision Thursday to suspend elected Tampa-area state attorney Andrew Warren for pledging not to prosecute people under the state’s new anti-abortion law was called a “unprecedented and dangerous intrusion” to prosecutor independence, according to a national prosecutor group.

“Governor DeSantis’ suspension of State Attorney Andrew Warren is an unprecedented and dangerous intrusion on the separation of powers and the will of the voters,” said Executive Director Miriam Krinsky of Fair and Just Prosecution, a national network of elected prosecutors working for criminal justice reforms.

“Since our country’s founding, the independence of the prosecutor – and the autonomy to decide whom and what to charge with inherently limited resources – has been a hallmark of the American criminal legal system,” added Krinsky.

According to news reports, DeSantis said his decision was made because Warren was picking and choosing which laws to enforce, specifically Florida’s new 15-week abortion ban, with no exceptions for rape and incest.

“The Legislature of Florida may want to come in and do something on that, you are going to say presumptively you can’t do it?” DeSantis said Thursday at his news conference regarding Warren.

Warren was quoted as saying his suspension “spits in the face” of voters who elected him twice, noting, “Today’s political stunt is an illegal overreach that continues a dangerous pattern by Ron DeSantis of using his office to further his own political ambition. The people have the right to elect their own leaders — not have them dictated by an aspiring presidential candidate.”

“Governors don’t hand-pick elected prosecutors, the voters do. With this outrageous overreach, Gov. DeSantis is sending a clear message that the will of the people of Hillsborough County matters less than his own political agenda,” said Krinsky of Fair and Justice.

“Prosecutors have a duty to pursue the interests of justice and use their limited resources to investigate and prosecute those crimes that cause the greatest harm to communities.

“No prosecutor can charge or pursue every violation of the law, and for decades, prosecutors have been making these choices. Only now, when some are seeking to be smarter and focus on the most serious crimes, do we see some politicians launching fear-based attacks on prosecutorial discretion,” Krinsky added.

“No one wins when the intensely personal decisions of pregnant women, care by medical providers, or acts of loving parents assisting their transgender children become the focus of the criminal legal system, rather than solving homicides and prosecuting violent crime,” argued Krinsky.

Florida Sen. Janet Cruz, a Tampa Democrat, blasted DeSantis’ decision to suspend Warren, saying the Hillsborough prosecutor has “served our community with dignity and respect and to suspend him because he won’t criminalize a woman’s right to choose is unconscionable.

“There are no words to describe the attacks on women happening right here in our own backyard — just when I thought Gov. DeSantis couldn’t be more extreme and unhinged,” Cruz said.

“State Attorney Warren was elected and reelected because of his commitment to smart justice and public safety.

“During his tenure, he has kept young people who pose no risk to the community out of the criminal legal system, prioritized data collection and transparency, and established the county’s first Conviction Integrity Unit to review cases of innocence (indeed, the impactful and important work of that unit would have resulted in the announcement today of a major break in a cold case murder stemming from a CIU exoneration, but for the Governor’s outrageous actions),” said FJP’s Krinsky.

“Using prosecutorial discretion and not pursuing unjust laws is not neglect of duty but a fierce commitment to justice. We are proud to stand with SA Warren against the governor’s blatant power grab,” Krinsky added.

The Florida Senate would have to remove the twice-elected Warren, who is only suspended, but the governor named Hillsborough County Judge Susan Lopez, whom he appointed as judge in December, to fill Warren’s spot.

News reports said DeSantis’ executive order focused on the 15-week abortion ban, noting, “Warren has thus clearly, unequivocally, and publicly declared that his office will not persecute violations of Florida’s criminal laws and prohibit providers from performing certain abortions to protect the life of the unborn child.”

The executive order also includes Warren’s decision earlier this year to stop prosecuting people riding bikes who are stopped and whose only charges are that they resisted an officer without violence, arguing in a memo that 70 percent of cases that result from a pedestrian or bike stop involve Black defendants.

According to Politico, “Warren has been seen by some Florida Democrats as ascendant within the party, and marked for potential higher office one day. Last year, he was picked to lead the Florida Democratic Party’s new Safety & Justice Task Force, which is focused on developing criminal justice reform policies.”

“Warren has a strong record of finding innovative ways to make our neighborhoods safer and our system more fair and effective,” Florida Democratic Chair Manny Diaz said at the time. “He is clearly the right leader for this statewide effort.”