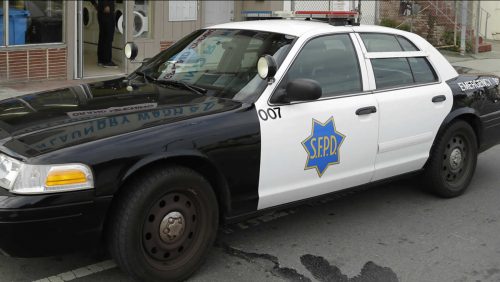 SAN FRANCISCO, CA — This week, more than a week after the escalation of violence that took place Aug. 6, the San Francisco Police Department held a virtual town hall concerning four police officers firing shots at Jose Corvera in the residential 300-block of Shotwell Street in the Mission District.

The SF Public Defender’s Office called the incident a “biased police stop,” and demanded the release of the suspect.

The SFPD said Corvera was carrying an imitation gun that fires blanks, confirmed Commander Paul Yep after a full chronology of events.

The SFPD also confirmed Corvera is currently held in the county jail facing seven felony charges and two misdemeanors. These charges include two counts of threat to an officer and exhibiting and carrying a loaded firearm, according to San Francisco County Jail records.

“We ask for his immediate release as the victim of a biased police stop and officer involved shooting by SFPD,” said Deputy Public Defender Alex Horner, who is representing the victim, adding, “Mr. Corvera is Latino, limited English proficient, and suffers from mental health challenges.”

Horner argued “the officers who stopped Mr. Corvera had not observed him commit any crime, and during today’s police town hall, representatives of the SFPD only gave vague explanations for the stop without providing any evidence of a reported crime.”

Horner maintained, “This appears to be an example of police relying on their own bias to initiate a stop of a man who was riding a bicycle and pushing another,” noting public jail records show no charge for theft against Corvera.

“A police interaction can be frightening precisely because an unnecessary stop of a person with mental health challenges and language needs can quickly escalate. When an officer exited a police car, Mr. Corvera tried to walk away. He then hid behind a parked car while holding onto a prop gun he carries for protection,” Horner continued.

“This unnecessary police stop instigated and escalated a situation which endangered the public, Mr. Corvera, and members of the SFPD. What ensued was a disorganized scene in which numerous officers were called to surround the block, including a large police tactical vehicle, the deputy PD said.

According to SFPD chronology, Officer Cain Schrachta and his training officer Michael Rotschi fired their guns after they said Corvera fired at them.

Later, Officer Jean-Michel M’Bouroukounda arrived armed with a rifle. “He’s got it pointed in this direction,” M’Bouroukounda shouted, before aiming and firing his gun through the windshield of a police car.

Horner pointed out that, after the shots, “other officers can be heard asking each other whether it was an officer or Corvera who fired.”

One last officer, Cory Faubel, discharged his weapon before Corvera threw his prop gun into the street, where it went off on its own. After, officers approached and arrest Corvera, who reportedly said, “For nothing, you take me … I didn’t do nothing wrong.”

Horner concluded, “Thankfully, Mr. Corvera came away with his life. However, he remains traumatized, detained, and is unfairly facing charges. Too often prosecutors and judges use mental health conditions to justify jailing people even when they pose no threat to themselves or others and may otherwise benefit from medical support, housing, and other necessary services.”

Jazmine Colon is an undergraduate student at the University of California, Berkeley. She is pursuing a major in Political Science and a minor in Chicano Studies. She is interested in legislative and government matters for both private and public interests. Post graduation, Jazmine plans to attend law school and continue advocating for social justice and equitable public policy.