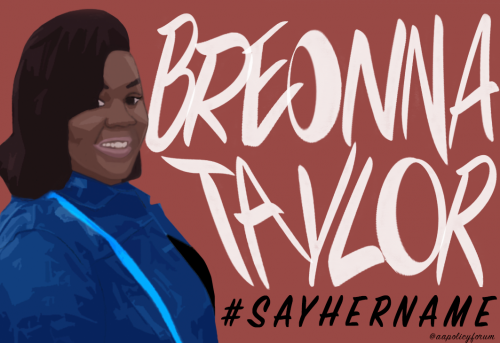 WASHINGTON, DC – The four officers involved in the death of Breonna Taylor have been charged with federal crimes by the U.S. Dept. of Justice.

On March 13, 2020, police officers shot Taylor in her own home. Allegedly, the police officers were following an issued warrant relating to drugs to investigate the home.

However, it was later found that the Louisville Metro Police Department (LMPD) abused their power to use a false warrant to search Breonna Taylor’s home.

Louisville Police Detective Joshua James and LMPD Sergeant Kyle Meany have been charged with federal civil rights and obstruction offenses due to their direct involvement with the false warrant.

Although police officers are well protected under the law, when they choose to “unconstitutionally use excessive force,” which include the intent to kill, and purposely do not protect the civil rights of the public, the DOJ will hold them accountable for their actions, said the DOJ late last week.

The ACLU “Statement Relating to the DOJ’s Charges of Police in the Killing of Breonna Taylor” maintains, although the charges are correct, they are not enough.

Instead, the ACLU insisted there must be systemic change, which includes, “fully investing in measures that prevent crime, like mental health care, housing support, and education as well as ensuring accountability for law enforcement.”

The actions performed by these officers violate Title 18, United States Code, Section 242 in which these officers knowingly violated a person’s—in this case Breonna Taylor’s—constitutional rights. The consequences of performing these actions can result in a sentence of life imprisonment because Taylor was killed and there was an intent to kill.

The officers were charged with criminal felonies. However, there is still a civil investigation going on to examine what is happening in the LMPD and Louisville Metro. The FBI Louisville Field Office is involved in the investigation.

Brandon Buskey, the director of the Criminal Law Reform Project at the ACLU, noted this is a key moment because there is “the urgent need to eradicate the racism and violence endemic in our policing systems.”

Buskey added, “For two years, Breonna Taylor’s family, friends, legal team, and other supporters of this case protested so that (it) was brought to justice…they were tear gassed, knocked down, shot with pepper balls and arrested.”