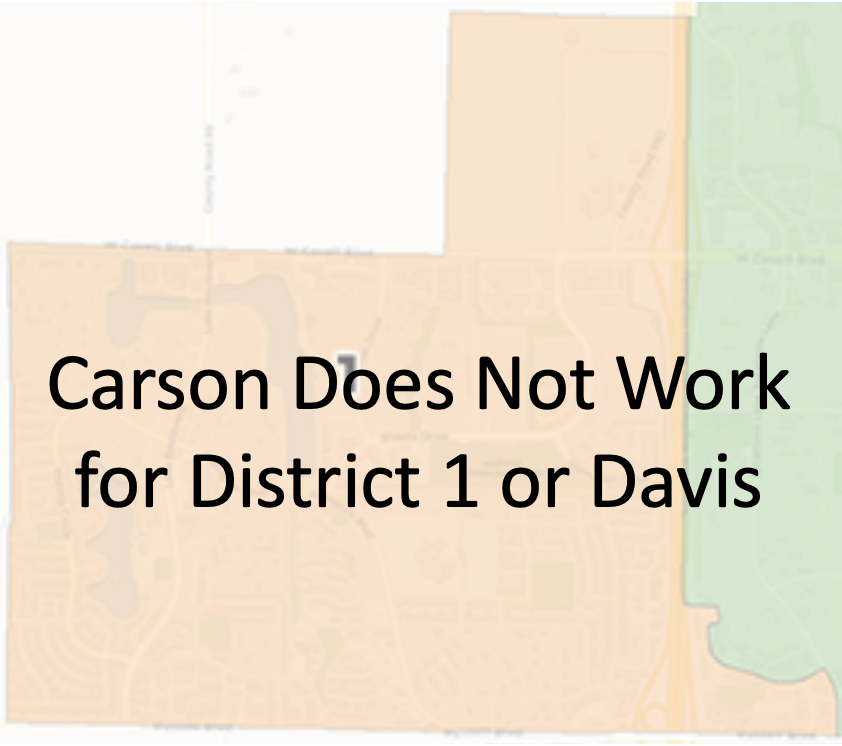 I hope District 1 voters agree that Dan Carson has not earned a second term on the City Council.

If you were for a Davis Innovation and Sustainability Center (Measure H), then you should know Dan Carson’s lawsuit, against fellow Davis residents opposed to Measure H, (a lawsuit which Carson technically lost), was such an obvious attack on Davis civil engagement that the lawsuit alone sunk Measure H.

If you were for Davis energy independence, then you should know that Dan Carson led the closed door effort to allow BrightNight to control Davis land rights for $50,000 dollars a year, when the solar project lifetime electricity value for the site was estimated to

be $120 million. No one, including Dan Carson, Brett Lee or any city employee examining deal had commercial solar development experience.

The Davis Utility Commission voted (5 to 2) to have the City walk away from the BrightNight deal. Davis solar and energy experts condemned the decision. Public pleas to rescind were ignored and publicly rebuked by Dan Carson.  (Davis Enterprise April 21, 2020)

Carson continues to insist that his experience, as a former Budget Analyst for the State of California, should pave the way for all to accept his good judgment.  Except the record shows, Dan Carson does not have good judgment and does not respect shared decision making.

It’s time for District 1 to have a different representative. Candidates Kelsey Fortune and Bapu Vaitla are excellent candidates.  Please don’t vote for Carson.

5 thoughts on “Letter: Carson Does Not Work for Davis”