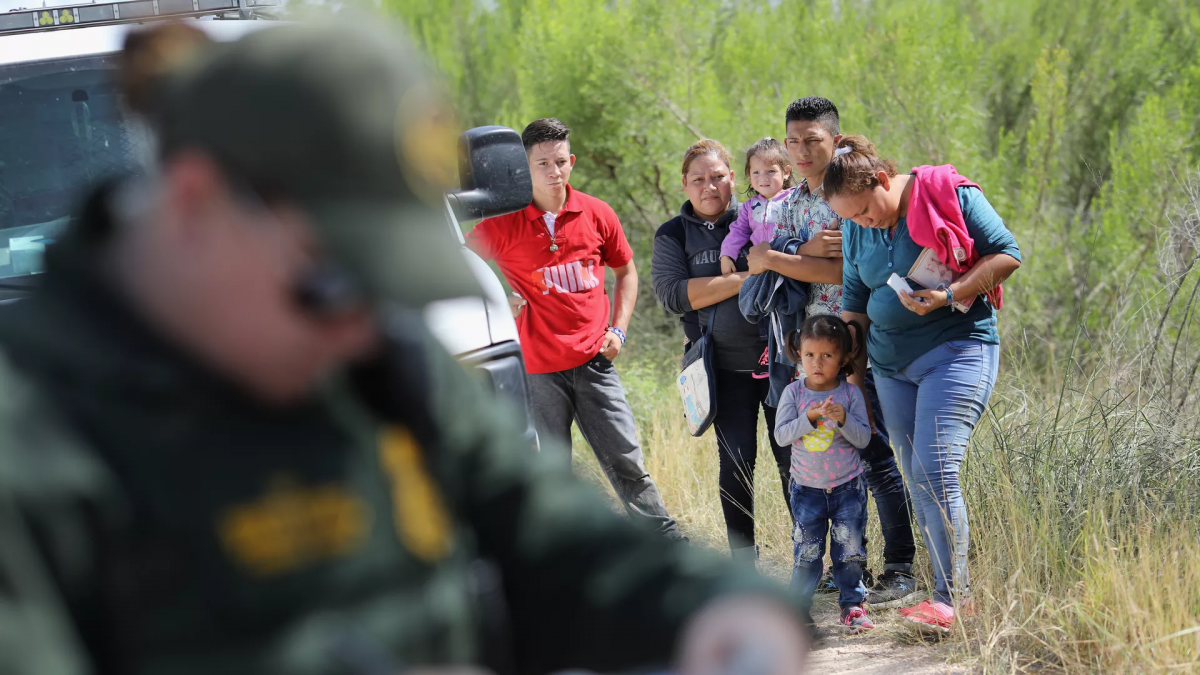 According to the Interfaith Immigration Coalition, “The proposal contradicts the administration’s previous plans to put an end to the policy that was misused to block migrants from seeking asylum at the U.S. southern border under the guise of protecting public health.”

The group further notes that these reports come as border states continue to send buses of asylum seekers—primarily from Venezuela, Cuba, and Nicaragua—to northern cities such as Washington, D.C., New York, Chicago, and now Martha’s Vineyard.

“These political stunts and President Biden’s plans to expand Title 42 do nothing but cause chaos and inflict harm on vulnerable people that have come to the United States’ doorstep seeking safety,” the group said.

Interfaith Immigration Coalition partners join the #WelcomeWithDignity campaign in condemning the plan to expand Title 42 and call on the Biden administration to rebuild the U.S. asylum system to welcome people fleeing persecution with dignity.

“Sending Venezuelans, Cubans, and Nicaraguans back to dangerous conditions under Title 42 would be a disaster. We must not go backwards, and we urge to end—not expand—Title 42,” said Rev. Feliberto Pereira, Pastor of Ebenezer Christian Church (Disciples of Christ) of Los Fresnos, Texas and Executive Director, Southwest Good Samaritan Ministries.

Rev. Pereira added, “Instead, we must work against injustices and support the oppressed. That is our faith calling. I work at the border every day as a Pastor and faith organization director that welcomes migrants, cares for them, and helps send them safely to destinations with contacts as they seek asylum.”

The reverend noted, “I, myself, came decades ago on a ‘Freedom Flight’ from Cuba, and would never have needed to escape to the United States except due to pressure under the Communists. Even as it was true for me, migrants today are not just people looking for a better way of life. They are looking for safety and their very survival.

“How can we call ourselves a nation that protects people if we do not offer such safety to the most vulnerable?” he asked.  “Our scriptures call us to ‘welcome the stranger,’ and our U.S. Refugee Act and humanitarian treaties guarantee opportunities to seek asylum. These should still continue to guide us to provide freedom and liberty to persons fleeing dangers.”

“We’ve known all along that Title 42 has had no basis in public health, and this egregious plan proves it,” said Katie Adams, Interim Chair of the Interfaith Immigration Coalition and Domestic Policy Advocate for the United Church of Christ. “Seeking to expel certain nationalities has nothing to do with stopping the spread of COVID-19 and everything to do with racism and politicking. The Biden administration must stop this back and forth and stand by their initial decision—made in conjunction with the CDC—to put an end to Title 42 once and for all; it must honor its commitment to restore a just and humane asylum system that welcomes people with dignity—not discrimination.”

“We must meet our moral obligation to refugees and migrants, those fleeing violence and repression. The administration should not expand Title 42, continuing to use it as a pretext for expulsions,” said Pablo DeJesús, Executive Director, Unitarian Universalists for Social Justice. “Reporting that Mexico is being pressed to take more migrants from Cuba, Nicaragua, and Venezuela under Title 42 is disappointing and troubling. Unitarian Universalists stand in opposition to this policy as a matter of our faith’s call to respect the inherent worth and dignity of every person. The administration should end Title 42, not perpetuate its use.”

“We are troubled to learn of reports that the Biden administration is seeking to expel more Venezuelans, Cubans and Nicaraguans under the Title 42 policy,” Naomi Steinberg, HIAS’ Vice President, U.S. Policy & Advocacy said. “The administration has been vocal about wanting to end Title 42, so the proposal to do the opposite, and expand the policy’s impact, is shocking. We urge the administration to reconsider and to stick to its word to end this harmful policy that blocks people from access to a fully functioning and humane asylum system.”

“Franciscan Action Network (FAN), whose members see migrants and refugees as sisters and brothers, is deeply distressed by the news that the Biden administration has asked the Mexican government to accept Venezuelans, Cubans, and Nicaraguans back to Mexico under Title 42,” said Sister Marie Lucey, Associate Director. “This cold-hearted request conflicts with the CDC’s termination of Title 42. The announcement comes as the Catholic community anticipates National Migration Week culminating in the World Day for Migrants and Refugees, whose theme for 2022, set by Pope Francis, is ‘Building the Future With Migrants and Refugees.’ If the U.S. government fears an influx of migrants, rather than inflict further suffering and harm, the administration must work with Congress to reconstruct a fair and humane immigration system.”

“This is the wrong moment for the Biden administration to backtrack on promises to end disastrous Trump era policies at the border and expand, rather than end, Title 42,” said Dylan Corbett, Executive Director of Hope Border Institute. “For those in need of protection and for the moral health of our nation, we can no longer wait – we must restore and rebuild asylum now.”

“Title 42 has no place in the conversation of immigration reform,” said Rev. Kendal L. McBroom, Director of Civil and Human Rights for the United Methodist Church General Board of Church and Society. “It has proven to be harmful toward immigrant families and communities. The Biden administration must refrain from keeping the flame of this disastrous policy alive. As United Methodists, our Social Principles affirm the dignity, worth, and inherent value of all people, especially immigrants and migrants. People of faith must remind this administration and Congress that Title 42 is a setback on the progress being made toward immigration justice for all.”

“We are deeply concerned by the Biden administration’s reported effort to perpetuate our broken asylum system by continuing the harmful program of expulsion known as ‘Title 42’,” said Barbara Weinstein, Director of the Reform Jewish Movement’s Commission on Social Action. “This unjust and unwise policy has been a stain on American immigration policy for far too long. Time and again, the Jewish people have experienced the consequences of harsh policies and indifference to the suffering of the world’s most vulnerable people. It is this history that inspires us to strongly urge the Biden administration to stand by their commitment to end Title 42 and restore a just and humane asylum system.”

“As people of faith committed to ensuring welcoming and healing, we are deeply concerned about the reports that the Biden administration is considering expanding the racist and deadly Title 42 policy,” said Rabbi Joshua Lesser, President of Bridges Faith Initiative. “The Biden administration must honor its commitment to end Title 42 and work towards creating a humane immigration system that values the respect and safety communities deserve.

“Shock and disappointment are words that come to mind as the secret Title 42 expulsion plans by the Biden administration have been exposed. Think of the misery and fear that people fleeing Cuba, Nicaragua, and Venezuela must be experiencing to force them into such drastic measures. It is their human right to receive protection and we must give it,” said Fran Eskin-Royer, Executive Director of the National Advocacy Center of the Sisters of the Good Shepherd.

“This report raises serious concerns about the Biden administration looking to increase expulsions as a deterrence tactic, which is an unethical and failed strategy. This administration must honor its promise to finally end Title 42 and renew its commitment to humanitarian protection,” stated Rev. Noel Andersen, Director for Grassroots Organizing at Church World Service. “Faith communities who are part of the CWS network across the country are volunteering and stepping up to welcome asylum seekers and we expect this administration to do everything in their power to truly welcome people seeking safety with dignity.”

“Everyone deserves to live in safety and peace. But for the past two years, the racist and deadly Title 42 policy has blocked migrants from crossing the U.S.-Mexico border to exercise their right to seek asylum,” said Alison Kahn, Policy Staff at the American Friends Service Committee. “Since its inception, we have seen how Title 42 has endangered hundreds of thousands of lives, and we are deeply disappointed to learn about the Biden administration’s effort to expand the program. We urge the administration to stand by its commitment to end Title 42 and build a just and humane immigration system that honors the divine light in every person.”