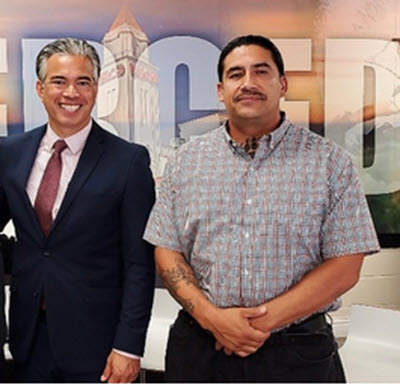 The Councilmember also presented the idea of setting up a tracking system for community complaints against the police department.

“In addition, to be able to ask the Attorney General’s Office for help investigating things that are going on internally,” Ornales said.

Ornales said he met Attorney General Rob Bonta earlier this month who said that police chiefs and sheriffs have requested assistance from the AG’s office when they needed to “right the ship.”

“The internal process that we have,” Ornales said. “I don’t trust it.”

“We made policing and community relations a priority at the beginning of the year,” Ornales said. “So this should be able to go straight onto the agenda.”

This comes after several Merced police officers came forward about Lieutenant Emily Foster who allegedly coerced a police officer to have sex with her while at a sponsored golf event at Pebble Beach earlier this year.

Foster’s verbal abuse of a civilian employee, Eugene Drummond, led to him seeking medical attention and then resigning according to court records.

Drummond has since filed a lawsuit against the City of Merced according to City Council records.

Ornales suggested the tracking system for police complaints because citizens who have made complaints against officers take “a real long time,” to get a response.

Councilmember Ornales is scheduled to present both agenda items to the council on November 7.