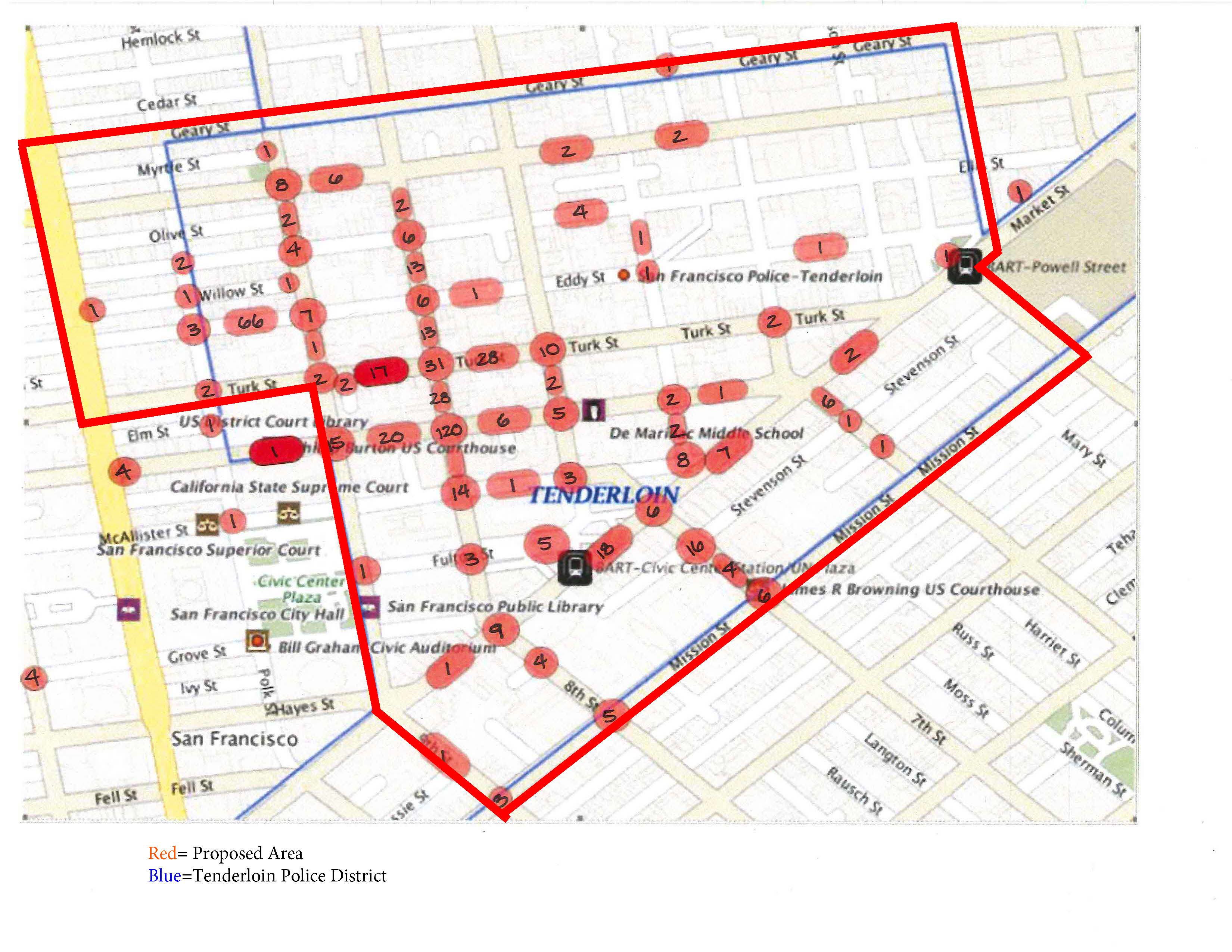 The writing was on the wall when, earlier this year, a California Court of Appeal affirmed a San Francisco trial court’s ruling which denied the City’s motion for preliminary injunctions on constitutional grounds.

ACLU Staff Attorney Chessie Thacher told the Vanguard on Friday, “I think that the city recognized that this was a problem that was not going to be easily solved using the approach that they hadn’t embarked upon.”

She added, “I think David Chiu, with his new leadership at the City Attorney’s office, we commend him for sort of abandoning the misguided litigation that started in November 2020.”

In November of 2020, the City Attorney’s office under Herrera initiated litigation against 28 individuals who had been arrested but not convicted of drug related offenses in the Tenderloin.

Those lawsuits sought to keep the defendants out of the Tenderloin—50 square blocks at the center of San Francisco—“for almost all purposes forever, without any sort of chance to review the exclusion order.”

So two law firms—Swanson and McNamara and DLA Piper—along with the ACLU of Northern California stepped in “because we got very concerned that this tool of exclusions was sort of a constitutional overreach but also unauthorized by the statutes that the city was suing on,” Thacher explained.

“The first of those was a nuisance law.  And the second was the unfair competition law (or the UCL),” she explained.  The parties attempted to file papers to get the cases dismissed right away, but they were unsuccessful.  “The city went on in the spring to ask for preliminary injunctions.”

The court heard the matter and considered the city’s request to exclude all individuals that had been named as defendants.

The court, Thacher explained, found that what “the city was seeking was unconstitutional,” but also “not authorized by statute.”

The appellate court heard the appeal filed by the city, and last February, after oral argument, the court issued a published opinion saying that it agreed that the city was attempting to do something that was unconstitutional, that it “unfairly restricted the right to travel, which is a fundamental right in California under the constitution.”

Thacher noted “if you’re going to burden a constitutional right, it has to be very narrowly tailored and the city had failed to show that.”

She added, “We’re happy that the city has decided that it’s just, it would be far too expensive for a result that would’ve accomplished the same thing that’s already in place.”

Thacher said, “From our perspective, we think exclusion orders like this are rarely successful.  In terms of solving the problem, this would’ve increased the surveillance costs, it could’ve led to more racial profiling, and it could have been a social tool that allowed the city attorney to exclude any number of people or activities that it decides are undesirable.”

She noted, “There’s not a lot of checks on that power, once you start applying it to excluding people.”  She said, “There’s no dispute that the city could exclude certain bad actions and conduct that are harmful to a community, but the wholesale exclusion of people is where we had to say, that’s too far. That’s too much.”

The court noted that there “was no dispute about the conditions in the Tenderloin.” The defendants acknowledged that the area is “facing a drug-related health crisis,” and the trial court found the City established the neighborhood is “rife with illegal drug-dealing” and related activities.

The trial court, however, denied the city’s motion despite the lack of dispute that the city has authority to seek injunctive relief to address public nuisances and UCL violations (unfair competition law), on two grounds.

First, the trial court determined that a stay-away order—as opposed to an injunction prohibiting certain conduct—”is not an authorized remedy under either the public nuisance law or the UCL.”

Second, “even assuming stay-away orders are available statutory remedies, the trial court concluded the specific injunctive relief the City requested would be constitutionally impermissible under the facts of these cases.”

Instead, the court determined “that excluding defendants from such a large area in the center of San Francisco implicates the constitutional right to intrastate travel—that is, the right to travel locally through public spaces and roads—and the City failed to meet its evidentiary burden of convincing the court that its proposed remedy was sufficiently tailored to minimally infringe upon the protected interests at stake.”

“The City’s dismissals bring this harrowing journey to an end for the vulnerable individuals named in the lawsuits,” the public defender’s office said on Friday.

Mano Raju, the city’s elected Public Defender, said, “These civil injunctions would have criminalized Latinx community members for merely being present in the Tenderloin neighborhood. They were antithetical to the values of equality and freedom that San Franciscans hold.”

He added “now that these injunctions are behind us, I reiterate my call for immediate and substantial investments in community-based services and treatment for individuals struggling with substance use disorders or trapped in an exploitative drug trade, rather than in further attempts at criminalization and incarceration of low-income communities of color.”

Mamta Ahluwalia, Deputy Public Defender who led the Public Defender’s Office’s support for this litigation, added, “Our clients who would have been harmed by these injunctions have families, jobs, and/or obtain vital social and health services in the Tenderloin.”

Ahluwalia said, “A City Attorney should be involved in the business of protecting and upholding the interests and concerns of the working class, not targeting them for banishment using public funds. I am glad that the ultimate result of this litigation is a published opinion that will have a wide-reaching impact in preventing future unlawful attempts by cities at targeting and profiling communities of color for exclusion from public spaces.”