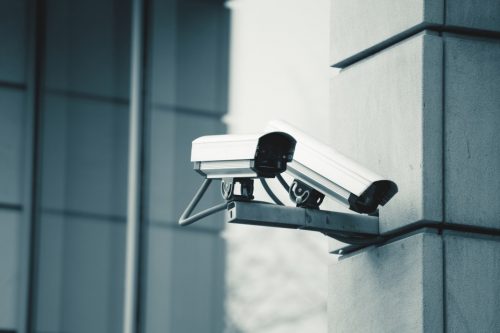 SAN FRANCISCO, CA – The San Francisco Board of Supervisors late Tuesday voted 7-4 to allow the SF Police Dept. to use thousands of privately-owned cameras for broad live surveillance – dozens of organizations urged the board to not allow SFPD to “spy” on residents, including those involved in First Amendment-protected activities.

There will be a final, final vote next week. There have been four hearings in the last two months over the controversial issue, supported by SF Mayor London Breed.

News reports Tuesday quoted Supervisor Shamann Walton, who said he was opposed to the ordinance, charging, “I do want to dispel the myth that police can’t already access film from private cameras. The legislation could possibly result in violations of civil liberties and the reality is that people have been violating civil liberties.”

Walton added, that as a Black man, he had plenty of reasons to be suspicious of legislation such as this, and that the legislation could affect “the already slow pace of reforms we have in place,” according to the Bay Area Reporter.

“These types of policies are the type I fear the most, especially as a law-abiding Black man,” he said. “Even with the provisions and best intentions, there’s no such thing as immediately changing negative effects. We still have people locked up for things that are now legal.”

Saira Hussain, staff attorney with the Electronic Frontier Foundation, added, “In the last three years, the SFPD has used these very cameras to conduct live surveillance of Pride and the George Floyd protests. The Board should not reward such lawless and unaccountable behavior by giving the police even more power to surveil San Franciscans in real-time—a harm that will fall hardest on communities of color, LGBTQ people, religious minorities, and protesters.”

Opponents to the new policy said the “current language permits a level of surveillance unprecedented in city history, converting personal doorbell cameras and CCTVs into devices that would let the police place entire neighborhood blocks under preemptive monitoring and spy on constitutionally protected speech.”

The coalition urged the policy prohibit live surveillance except in certain emergencies, and to create an independent auditing process so that the program, and its civil rights impacts, can be accurately assessed.

“Studies commissioned by the city show that cameras do not deter violent crime, drug incidents, or vandalism. Pretending that live surveillance will fix the complex issue of community safety is an oversimplified solution,” said
Annie Lee, Director of Policy at Chinese for Affirmative Action.

Yolanda Jackson, Executive Director and General Counsel at the Bar Association of San Francisco, said, “Public safety can be achieved without abandoning residents’ Constitutional rights in favor of unprecedented levels of surveillance. As proposed, there is little evidence that the proposed policy will actually improve our community and safety but there is great danger that it will undermine our most basic rights.”

“Each year, we represent San Francisco residents who have been surveilled by the police and FBI while they are going to work, attending religious services, protesting for racial justice, and going about their lives. We continue to oppose the dangerous and unprecedented escalation of SFPD’s surveillance powers, which could be used to further target and criminalize Black, Arab, Asian, and Muslim community members,” said Sanjana Potnis, community advocate with the Asian Law Caucus’ national security and civil rights program.

Noting the new surveillance policy will be a 15-month program, Jennifer Jones, staff attorney with ACLU of Northern California, said it was still dangerous, charging, “San Franciscans should not have to give up their basic liberties for a one-year experiment. There is no such thing as a ‘no civil rights pilot program.’”