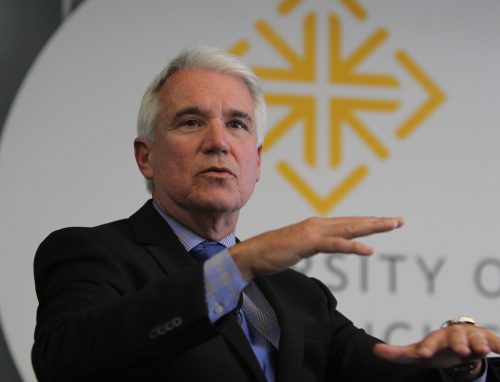 LOS ANGELES, CA – District Attorney of Los Angeles County George Gascón and founder of the Prosecutors Alliance, Cristine Soto, co-authored an article, “We must do more to help victims of crime” and urged the public to pay more attention to victims of crimes after official legal proceedings have ended.

“One thing applies to every crime victim,” the article starts, “each person has something that they need to heal that goes beyond prosecution.”

The Prosecutors Alliance surveyed more than 700 crime victims regarding their needs and the results showed that most victims are not getting the support that they feel they need with 41 percent of survivors saying they need emotional support.

“The criminal justice system, which ostensibly exists in part to help victims, did not provide needed assistance. And as a result, survivors received no treatment,” Gascón and Soto wrote.

Gascón and Soto maintain the government has failed to invest in “proven tools to prevent crimes” such as blight remediation or hospital-based intervention programs.

The Health Alliance for Violence Intervention defines hospital-based intervention programs as “multidisciplinary programs that identify patients at risk of repeat violent injury and link them with hospital and community-based resources aimed at addressing underlying risk factors for violence.”

The prosecutors also describe another barrier to this issue, which is Congress’ relationship with the NRA, claiming Congress has barred funding for research into gun crimes out of fear that someone might discover a connection between lenient gun control and increased gun violence.

The district attorney and his co-author said they are concerned about the vicious cycle of violence that is being facilitated by our politicians, arguing 57 percent of gun violence victims will return to violence in the future, with statistics suggesting, “If we actually helped those who have experienced harm, they might heal, and we could break the cycle.”

The lack of action has real consequences for these victims, charge Gascón and Soto, who said it “leaves people trapped in dangerous domestic violence situations that, with little support, they could escape…but for too long we have failed to adequately connect victims with badly needed resources or even tell survivors about the support that exists.”

Government currently provides a range of free services which survivors are rarely informed of, said the prosecutors, adding these services include counseling referrals, court escort and orientation, restitution assistance, medical and burial costs.

Gascón and Soto argued, “It is time for elected officials to dramatically shift course and reprioritize our resources. We must listen to crime survivors and give them what they most need to heal. Prosecutors across California must offer more than prison time as a solution for people’s pain.”