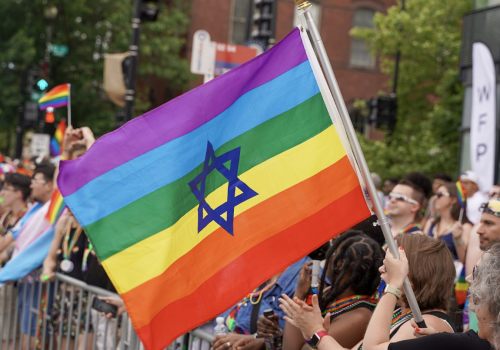 NEW YORK CITY, NY.—In the lawsuit Yeshiva University v. YU Pride Alliance, the Supreme Court’s ruling may finally answer the debate of whether religious institutions are granted exemption in the case of anti-discrmination laws, specifically those intended to protect the LGBTQ+ community.

Prior to the filing of the lawsuit, the YU Pride Alliance, an unofficial LGBTQ student group, applied three times for formal recognition from Yeshiva University between 2019 to 2020. The student council initially approved the club’s proposal, but the University disagreed with the council’s decision and overruled it. Thereafter, the student council refused to take part in any future application for the Alliance’s recognition, opting to send it to the university administration instead.

The administration did not provide an explanation for its refusal to grant recognition status to the club.

In the fall of 2020, after the student group submitted their third application for recognition, Yeshiva University released a statement regarding their LGBTQ+ policies, claiming that LGBTQ+ student groups were in conflict with the “message of Torah” and its “timeless prescriptions.”

However, the institution did address that while it will not be formally recognizing its LGBTQ+ student groups, students may meet “in gatherings they see fit.”

Shortly after, members of the Alliance, three Yeshiva University alumni and an anonymous attending student, sued the school, YU President and Rabbi Ari Berman, and Vice Provost Chaim Nissel, the latter of whom was later dismissed by the trial court.

The plaintiffs claimed that the defendants’ failure to recognize the Alliance violated the New York City Human Rights Law (NYCHRL), a civil rights law established to prevent discrimination on the basis of sexual orientation, gender, disabilities, martial and partnership status. Yeshiva University was not exempt from this law as a “religious corporation” despite arguing that it was. While the institution deems itself founded on the teachings of the Torah and Jewish ideals, they did shift their status to non-sectarian in 1970 in response to New York’s exclusion of Bundy Aid to religious institutions.

In contrast, the YU administration contended that it had the right to exemption under the First Amendment. The University called upon the doctrine of church autonomy, asserting the protection of religious liberty.  The longstanding doctrine separates both church and state to where religious institutions may govern themselves without any of the State’s regulations or interference in their decision-making. With this doctrine in mind, Yeshiva University’s right to carry out the school’s mission in accordance with their ideas of orthodox Judaism would be infringed upon by formally recognizing the YU Pride Alliance.

So, would Yeshiva University be exempted from the New York Human Rights Law as a religious corporation?

New York State trial court judge Lynn R. Kotler determined that it would not. Kotler says in the discussion that while the educational institution has a “proud and rich Jewish heritage” and a school mission with “the spirit of Torah,” Yeshiva University still chose to become an independent college.

Yeshiva even contested in its own Amendments that it was an “educational corporation under the Education Law” in 1967, three years before declaring itself as a secular institution. Thus, the school’s position conflicts with the evidence because the “organizing documents do not expressly indicate that Yeshiva has a religious purpose.”

On Jun. 14, 2022, Judge Kotler ruled in favor of the Alliance, ordering the University to formally recognize the LGBTQ student group and provide the same and equal accommodations given to any other club on campus.

Yeshiva University took the case to the New York Appellate Division in response to Kotler’s adjudication where, despite attempts for a relief, two courts upheld the original ruling.

In a last attempt for an expedited appeal as a shadow docket case, the institution made the argument to the Supreme Court that the First Amendment’s protection of religious liberty should take priority over New York City’s Human Rights Law. The Supreme Court denied Yeshiva’s request as all other courts had done with five justices, including John Roberts and Brett Kavanaugh, in the majority.

While the outcome of Yeshiva University v. YU Pride Alliance may seem finalized, the Supreme Court indicated that the University should continue to explore further avenues for relief. If it should fail to receive any from an appeals court, Yeshiva would likely be granted one by the Supreme Court.

This would be a complicated and possibly unnecessary process. Justice Samuel Alito certainly believes so.

Justice Alito’s dissent against the Court’s ruling emphasizes his stance on the ongoing debate about whether the State can force a religious institution to teach their students a curriculum in line with the State’s interpretation of the religion rather than that of the institution’s. As a justice who purports to hold religious liberty dear, Alito believes it is not the Supreme Court’s jurisdiction to instruct “an interpretation of Torah that the school, after careful study, has concluded is incorrect.” He further expresses his belief that sending the University back to the courts for “no good reason” draws the process out for several months on end, which indicates a wavering front for the First Amendment.

Alito concludes that were the case to come up again, he, along with fellow justices Thomas, Gorsuch, and Barrett would vote in favor of Yeshiva University “even when doing so is controversial.” While it is unclear if Justice Roberts or Justice Kavanaugh would favor the applicants again, if they did it would create a precedent for providing leeway for religious exemptions from anti-discrimination laws.

The reason the Supreme Court’s current ruling in Yeshiva University v. YU Pride Alliance does not create a precedent is that the case has no explanation for its ruling. Without a discussion for the order, lower court judges cannot reference the case, giving it little to no impact. It is uncertain whether the majority did this in order to avoid addressing religious rights and anti-discrmination laws.

Even though Yeshiva University was ordered to recognize the group by the lower courts, the institution sent an email stating all undergraduate clubs would be canceled until it exhausted all avenues laid out by the Supreme Court. In response to the University’s continued failure to recognize its the LGBTQ+ club, the YU community—students, faculty, alumni and alike—have all expressed their support for the Alliance and outrage against the University in “see[ing] Torah values deployed to deny fellow Jews.”

While this marks a temporary victory for the institution, if the case reaches the Supreme Court again, then it too will be a victory for future religious liberty cases.

5 thoughts on “Are Anti-Discrmination Laws Under Threat from the First Amendment?”