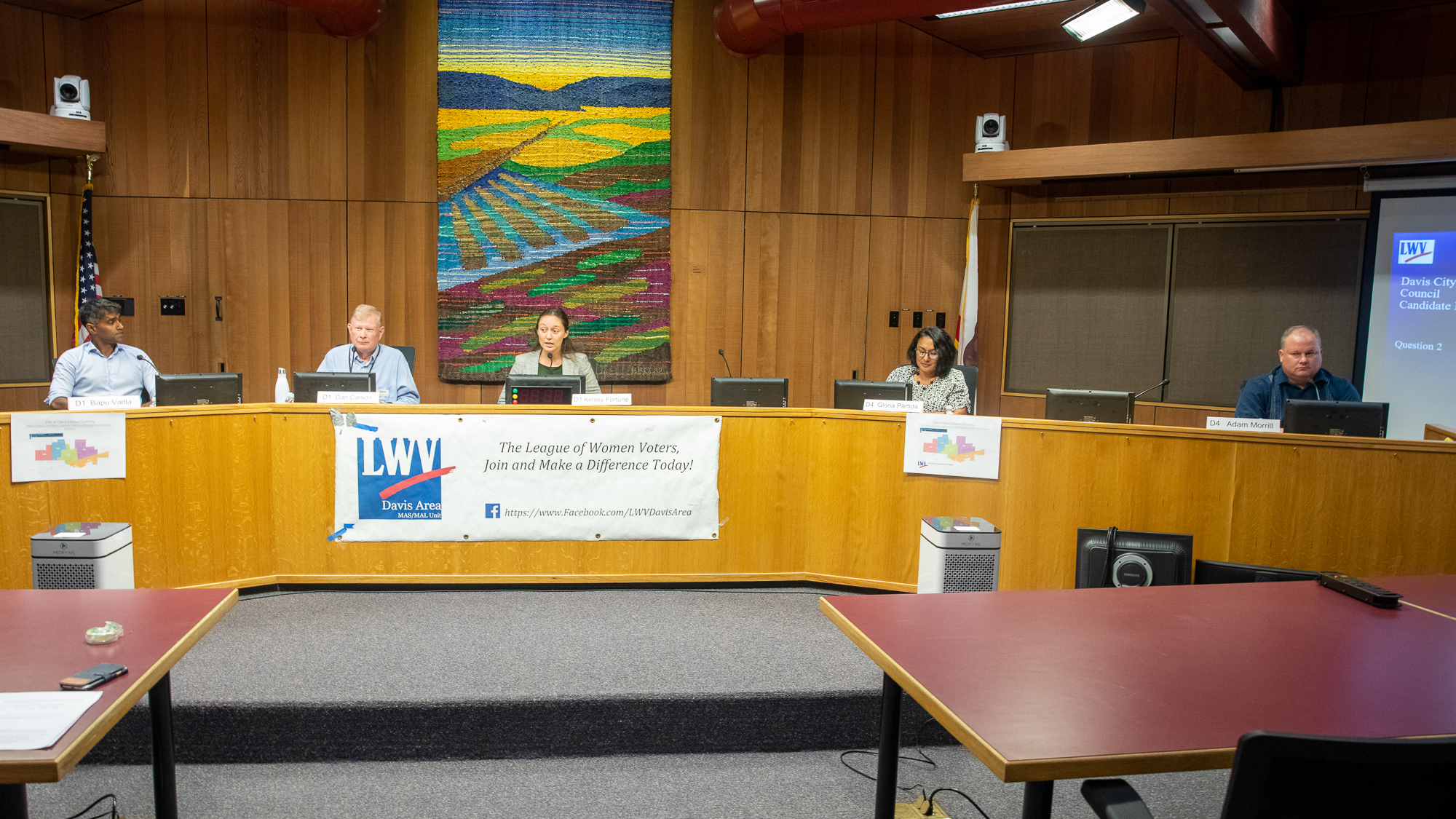 On Thursday at the Davis Community Chambers, the League of Women Voters held their candidate’s forum, with Michelle Famula serving as the moderator.

There were five league questions, here is question three.

Question: There are significant shortages of housing in Davis for both low income residents and working families. What are the most important ways for the city of Davis to address this issue? 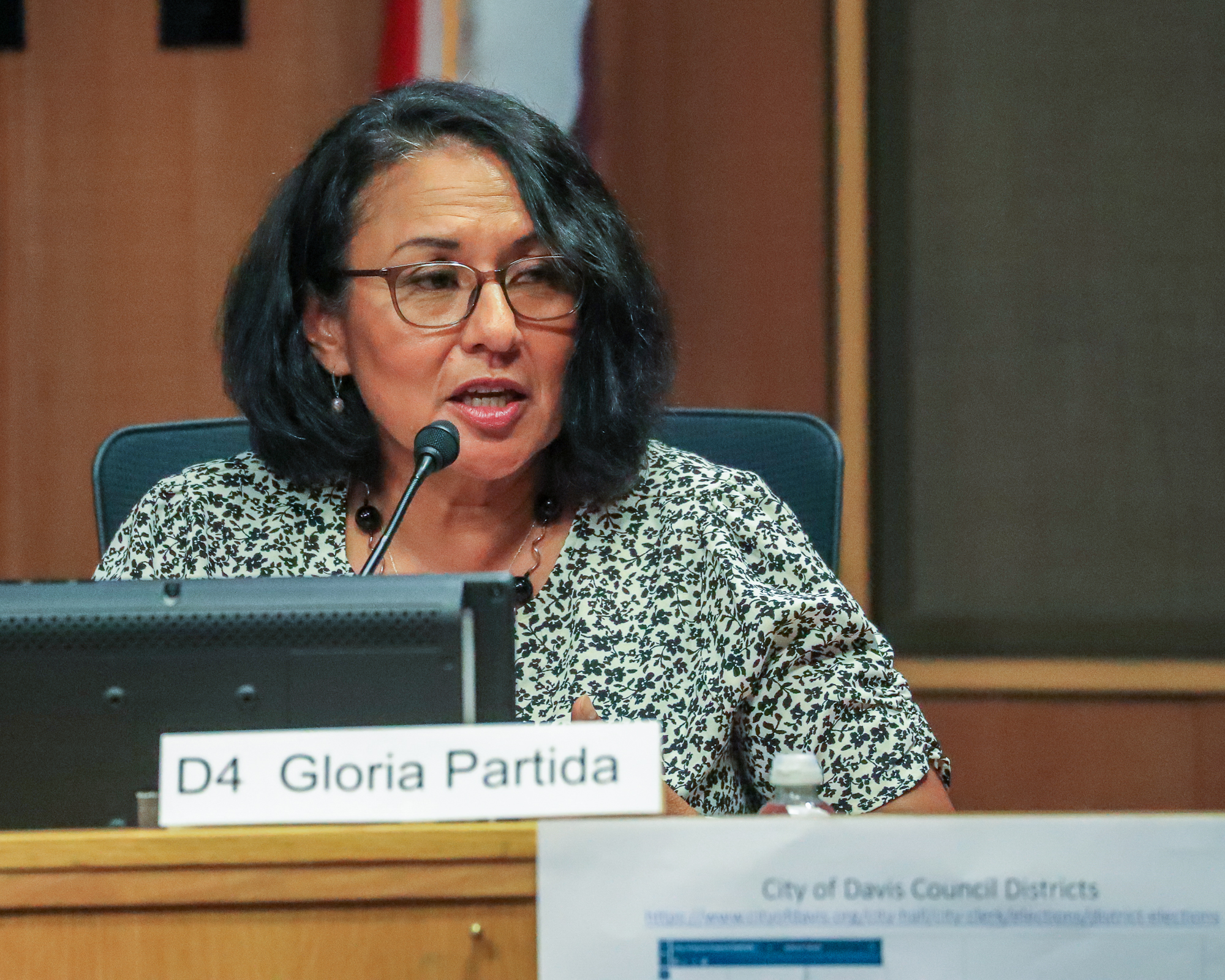 Gloria Partida: Building housing is a statewide challenge, and  it’s also a critical need. As someone that grew up housing insecure, I understand how important it is to solve this problem. And there are three things that we can do. We can plan, fund, and partner.  planning involves streamlining our permitting processes and rezoning where it makes sense to increase our density. The downtown plan is a good example of some of that planning. ADUs, which is something we worked on in the city and finding ways to make it easier to plan those and build

those for folks and increase our density and, and build affordable housing. By design we also can convert some of our commercial and retail mixed to mixed use. I’ve always advocated for building workforce housing for the missing middle, such as starter homes. We have to find ways to fund this. And this is why I support starting a housing trust fund to help first time home buyers getting to starter homes and support people who have vouchers and who need support in that. And finally, we need to work with our nonprofits again to serve our lowest income earners. 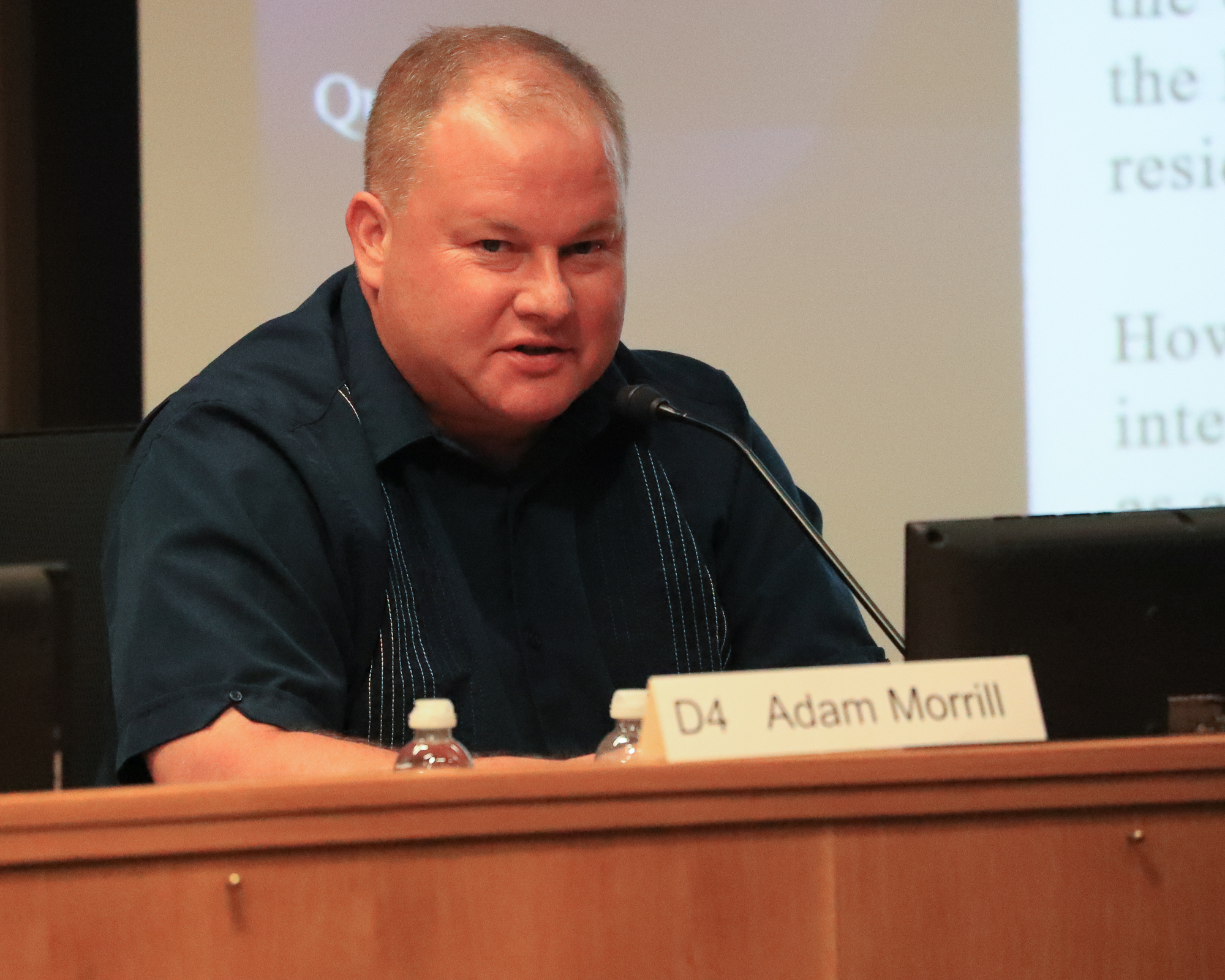 Adam Morrill: First off, we need to make the necessary updates to the general plan. We can’t keep adding, amending peripheral development that just results in patchwork and sprawl. That’s the first thing that needs to be done. Any future development should emphasize smaller homes. And at square foot’s going to cost what it is. The larger the home, the more expensive it is. If you can build smaller homes, you can fit more on the same parcel, the developer’s still going to make their money and then they are more affordable townhomes, condos. And then the key part of that to make sure they don’t fall into the rental market, is to specify in the CCNRs that they must be owner-occupied. That way we maintain our housing pool and you maintain your supply so it helps to keep prices down. Additionally we need to lean on UC Davis to, to do their part for workforce housing. I know, what was it, 15 years ago, they proposed West Village and we considered buying there and it’s just a dirt field right now. So we really need to be leaning on Davis, UC Davis to be doing their part. 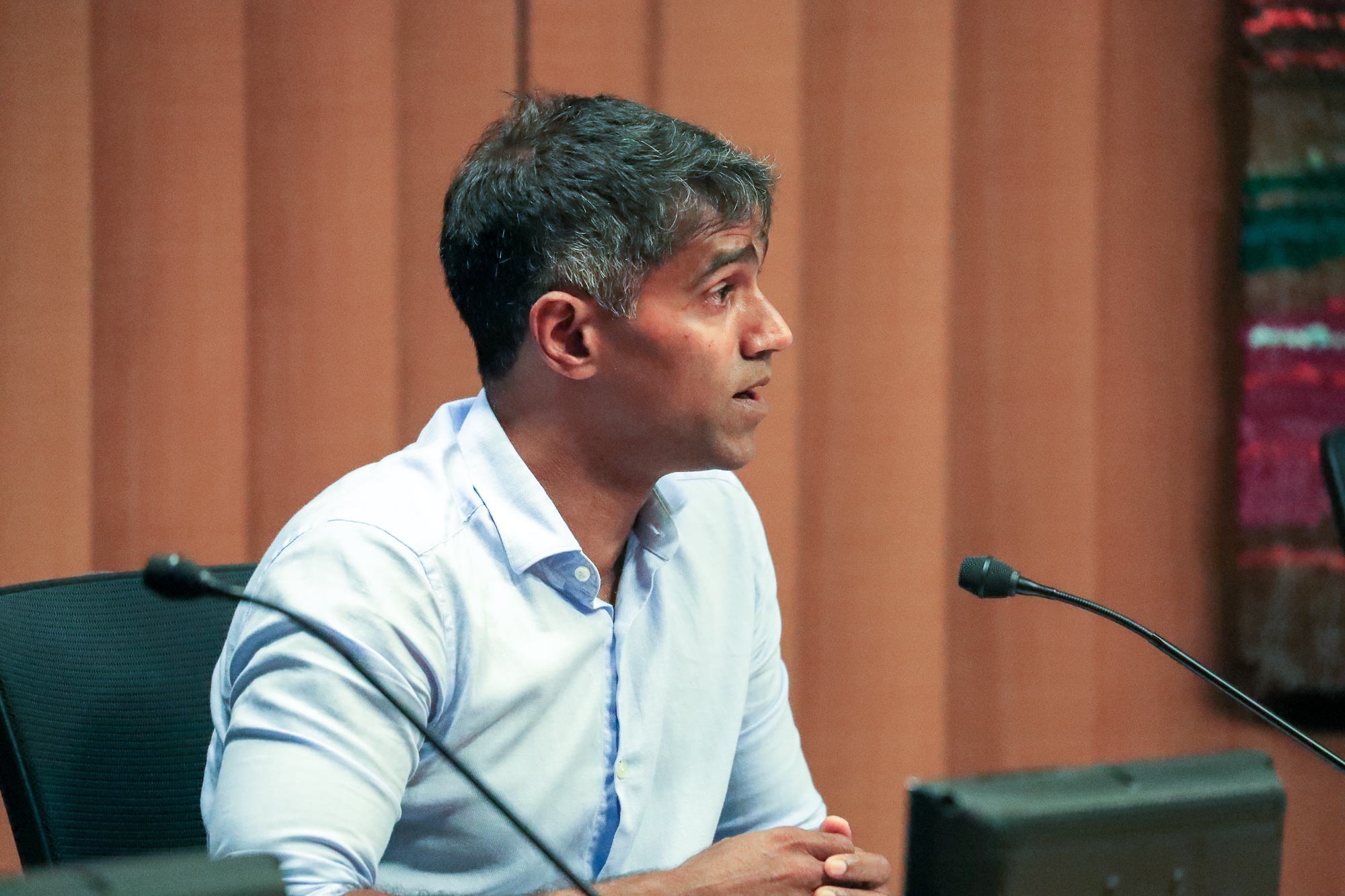 Bapu Vaitla: In the very short term, we need a strong and permanent affordable housing ordinance. We’ve had a temporary ordinance for about four years. The sunset date has been pushed back and further, further back. And that lack of policy predictability makes it very, very difficult to have a strong negotiating position when we’re sitting across the table from developers. So that ordinance right now makes it really easy. It’s so flexible and it makes it really easy for developers to satisfy it without actually constructing units. Our in lieu fees are quite a bit lower than what we’d actually need to construct units. So a strong ordinance that strongly incentivizes the construction of affordable units. Number two, housing trust fund. We do have this vehicle that’s insulated from politics and must be spent. The funds there must be spent on affordable housing. So to have a principle where we maintain a minimum balance every year in the housing trust fund, that actually makes it possible for us to build housing. dense infill, downtown dense, climate friendly, transit linked, affordable infill. We have policy mechanisms to make that happen. We can increase density bonuses, we can eliminate parking minimums. We can fast track developments within a high affordable percentage. So the policy levers are there. But as Mr. Morrill pointed out, one of the other things we need is to set a vision, a general plan update that we’ll say this is what we want the character of our community to look like in 10, 20 years. So we attract the kind of affordable and nonprofit developers who fit that vision. 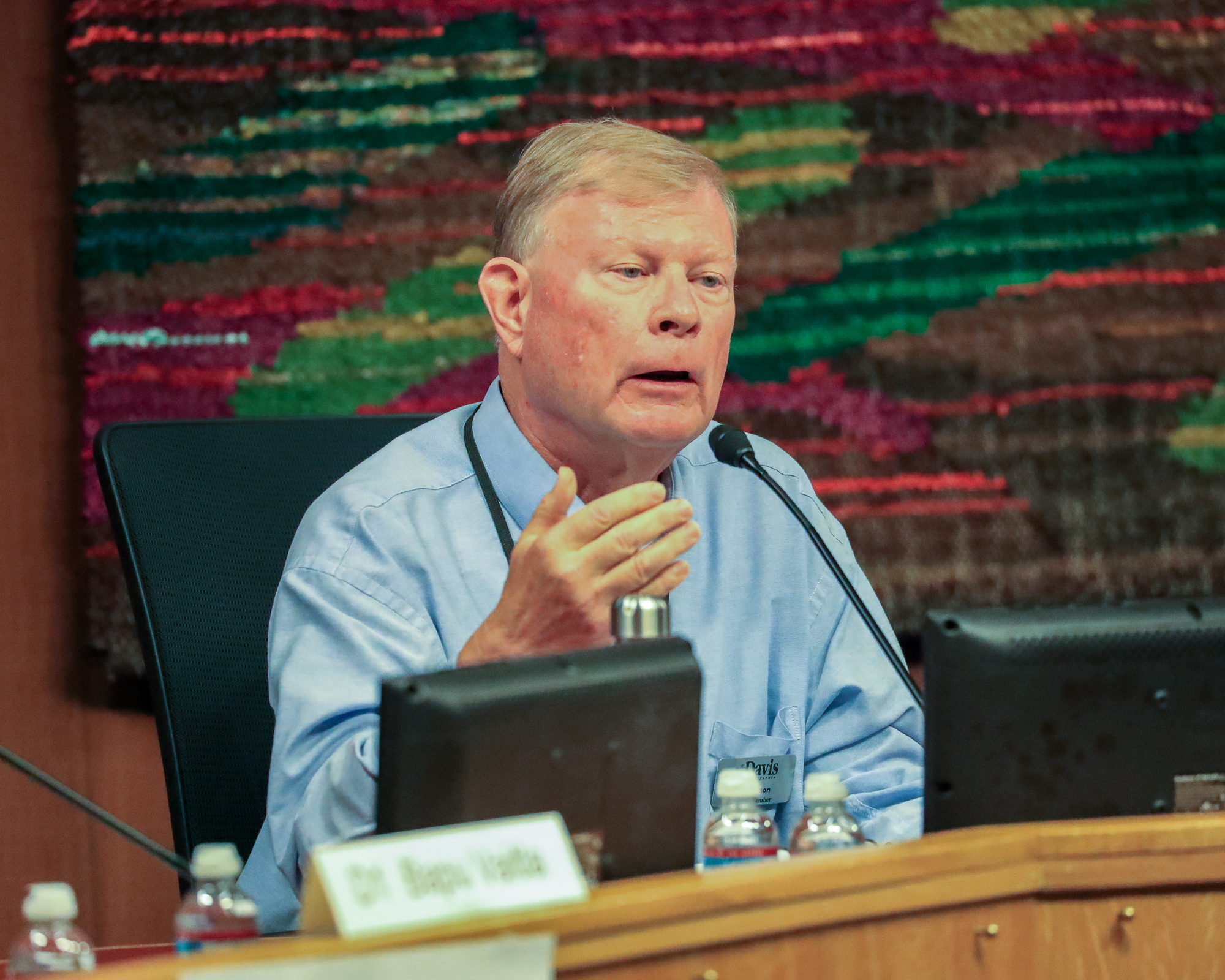 Dan Carson: I’d start out by saying we already have, we’ve approved a number of projects that are being built or will soon be built all over town. Bretton Woods is under construction, and the gem there is the 150 units of affordable housing for seniors and disabled that will come along. We’ve got that downtown plan that will provide a thousand units for an estimated 2200 people. We’re working on policies that will lead to even more housing. When we were putting together our housing element, I put together a white paper and included such innovative proposals as our exploring with DJUSD use of their surplus lands for housing for teachers and their faculty on their surplus property. We proposed an approach where we use accessory dwelling units with city subsidies that have permanently affordable housing. We’ve taken real action to help the unhoused with Paul’s place as we discussed the Yolo Crisis nursery CalWORKs. The, we’re going out of our way with the respite center to provide a place in the daytime for people to be moved on and up to permanent housing. I think we’ve done a lot of right things, but the job isn’t done because we have a moral and economic imperative to try to meet the housing needs of our community, which includes aged and disabled, young families, and people who work in Davis cannot afford to live in Davis. 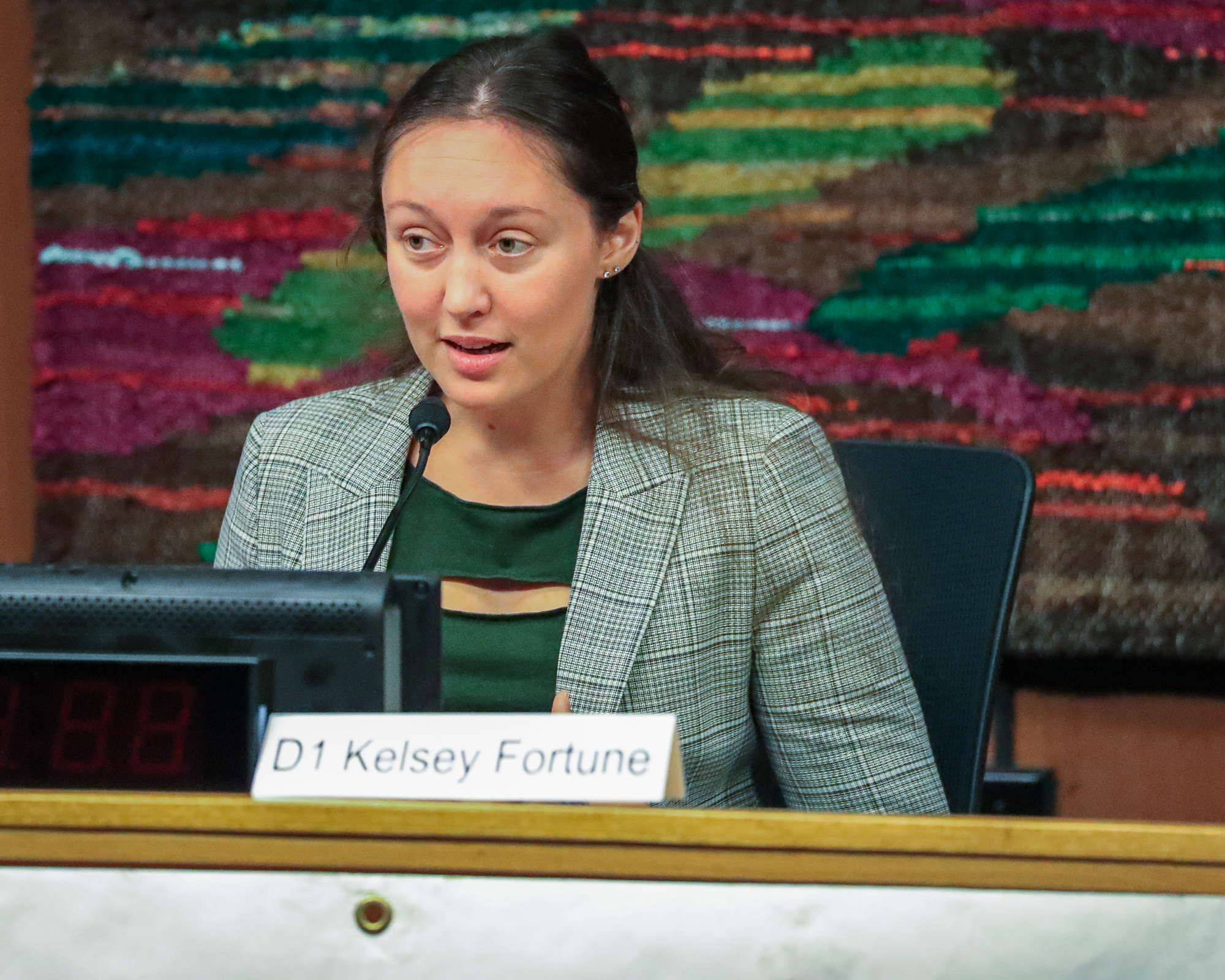 Kelsey Fortune: The first thing we really need is an update to the general plan. Our general plan is severely out of date and developers do not know what to expect. And so because all of our development is exceptions.  None of it is in the general plan. If we can update that general plan with the community leading us to tell us what kind of housing, where we can put it, where density makes more sense, that’s the starting point for getting to where we want to be. I think the downtown plan is an important part of that. Creating dense in fill in a place where people want to live, where they won’t need cars. And I think it’s a good example of the potential for redevelopment within our community. I like the example of Hibbert Lumber as, as kind of a perfect, perfect piece of land that could be doing so much more than it currently is. Another way that we can get more infill is through ADUs. I believe the city has not gone far enough. Other cities have implemented pre-approved plans that create a much simpler process for an individual to actually implement an ADU in their backyard. Finally I would suggest an affordable overlay zoning which creates zoning specifically for affordable housing allowing for density increases.

Adam Morrill: We need to lean against our required low income housing numbers because it, those numbers are being driven by students in the community and we need to lean on the university to provide that housing. One other thing is we need to stop taking in lieu of fees, with the exception of very small developments, less than 10 units. Because if we’re taking fees, the, the housing is not going to be built, the money will be spent and on something else, it’s not going to build affordable housing, and they haven’t.

Dan Carson: We have had another significant breakthrough in providing housing in our community. That was a memorandum of understanding with UC Davis and our city of Davis for them to help us deal with housing and transportation impacts from their growth. They are far along in completing 6,200 student beds, almost all of them on campus. That is going to take significant pressure off of our rental housing mu market in the city of Davis that we need to keep that kind of collaboration going. And I want them to focus more on affordable student housing.

Bapu Vaitla:  I just wanted to say that it’s really important to get into the policy details of this, but just from a moral perspective, you know, this, let’s just call this what this is, which is Yolo County is segregated. That’s what’s happening right now. It’s segregated by class, it’s segregated by race. So the question that’s facing us from a leadership perspective, a strategic vision perspective, a moral perspective is a generation from now do we want to be remembered as a city that enabled facilitated segregation? Or do we, we want to be remembered as a city that was ahead of the curve and fought for housing justice, which is the defining social justice issue of our time in California.

Kelsey Fortune:  I’d like to point out that Davis is a really great place to live. And there will always be a premium on housing in Davis regardless of how much we build. That’s a fact. What I suggested right at the end of my regular time was an affordable overlay zoning option, which would allow for upzoning, specifically if the units are affordable which would offer affordable housing developers opportunities develop in, in Davis when if we upzoned everything, we would be pricing them out of the market.