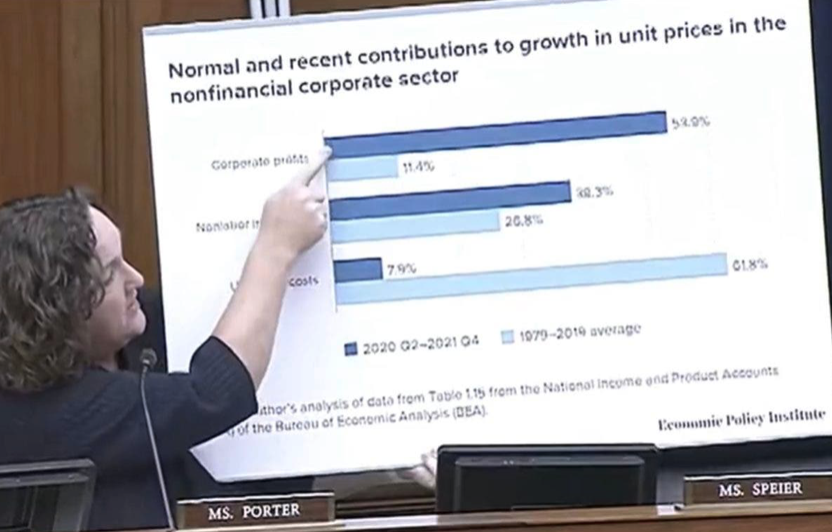 Rents have gone up so fast it has surprised even colluding real estate software marketer RealPage. Again stymied by Republicans, the “A Place to Prosper Act” renters’ rights and rent increase control never reached debate. Rent is not increasing because it costs more to keep up the properties. Rents are higher because it’s what enough people can be forced to pay. Owners are charging computer generated higher rents, knowing that it will cause higher vacancies, because they can—increasing homelessness. It’s that bad.

Not one Republican voted for the Consumer Fuel Price Gouging Prevention Act. And if Republicans are the majority, you will never hear of the bill to make sure you are charged a fair price at the pump. Much more the opposite—put Republicans in power and you will fuel Putin’s Russian war, make Saudis rich and put American energy independence into the trash can.

Corporate profits are at record highs. This is true not because these corporations are adding value, it is true because they are charging high prices. Pharmaceutical companies, cable companies, oil companies—an average of 53% increase in profits over the last 6 months. How? By raising prices well over their costs—just plain old “because they can.” Biden is not the owner of Moderna, Xfinity or Exxon—most of inflation is being caused by corporate greed.

Blame inflation on someone, that’s what Republicans are betting on even as their party will make the problem worse with giveaways to the rich. That’s their big idea. How is trickle-down economics working for you?

Democrats can be forced to make laws that put Americans first. That’s why we have made some gains to see that regular Americans get fair compensation and opportunity—that is what is best for the econom, for Democrats, Republicans, Independents and everyone.