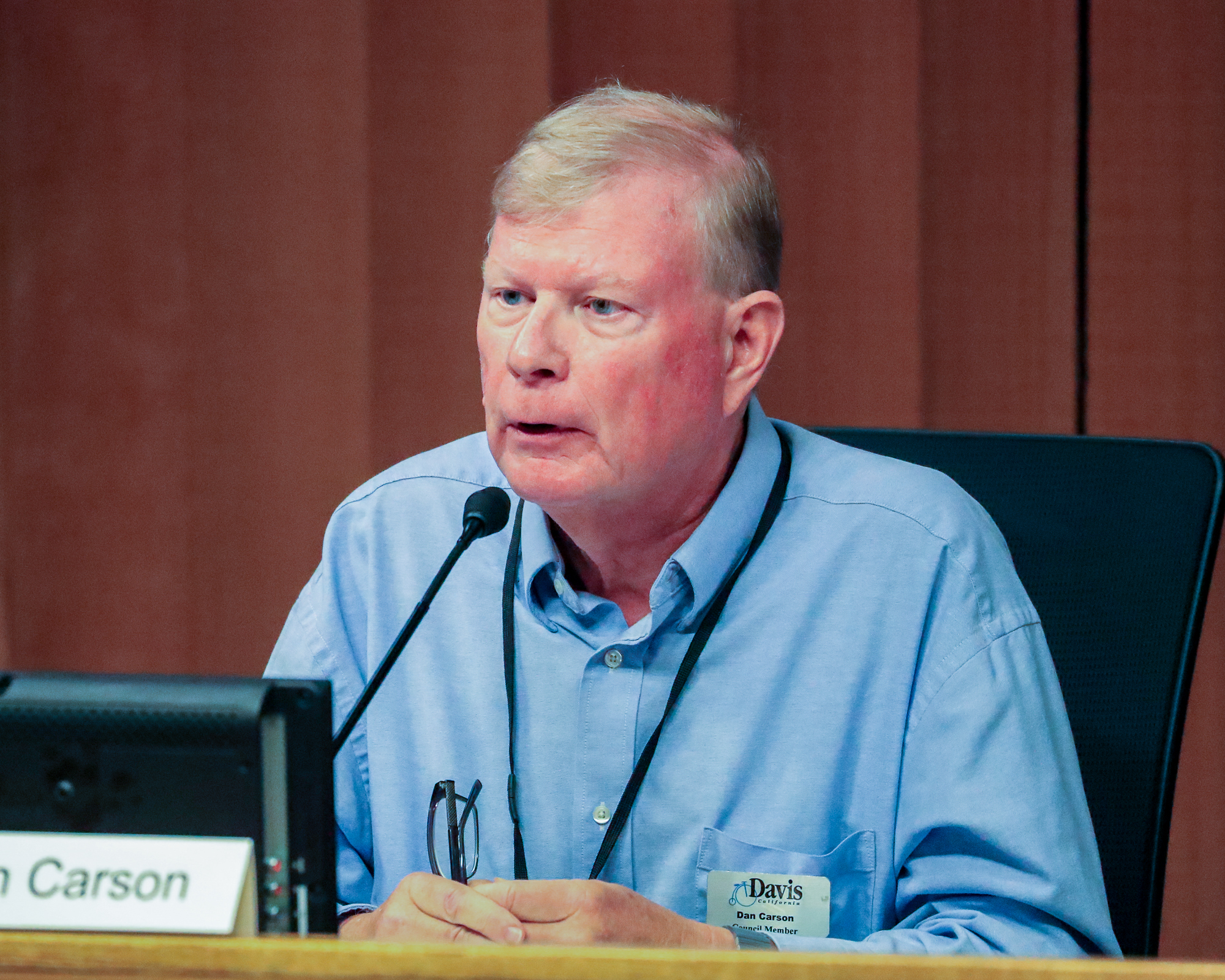 Davis, CA – The decision by the Davis Enterprise to endorse Gloria Partida in District 4 and Bapu Vaitla in District 1 is not wholly surprising.  What caught my attention was the fact that there was no mention at all of the incumbent in District 1—Dan Carson.

Also, the Enterprise made some odd factual errors as well.

It wrote, “Also note that due to the switchover from citywide voting to districts, there was an extra year of service for those elected in 2015 and 2017.”

It doubles down on it when it writes that Gloria Partida was “first elected in 2017.”

In fact, Gloria Partida and Dan Carson were both elected in 2018.  The Council shifted from June to November, adding not one year but around six months (or so) to the term.

The bigger story is that there is no mention of Dan Carson—the incumbent.

Don’t get me wrong, the Enterprise does a nice job of laying out the qualifications of its two preferred candidates in five paragraphs on Partida and four paragraphs on Vaitla.  But there is kind of something missing here.

In May 2018, the Davis Enterprise endorsed Dan Carson and Linda Deos for what then were two open at-large council seats with neither Robb Davis nor Rochelle Swanson running for reelection.

At the time, the paper spent two paragraphs talking about his background at the state, noting that with the LAO “he worked hands-on on the sorts of tough fiscal issues that Davis will be faced with in the coming years, and got an inside perspective of the workings of state and local government.”

He then retired in 2012 and “turned his attention to the city of Davis, where he’s lived with his family for nearly 30 years.”

In Davis, stated the Enterprise at the time, he has been serving on the Finance and Budget Commission, a body he now chairs.  They write, “Once again, he had a close-up view of the coming fiscal challenges that Davis faces. But he’s not despondent about it.”

“It’s not time to panic,” he told the Enterprise in November, “but we do need to take serious actions.”

The Enterprise here clearly chose his experience rather than issue positions to highlight.

They write: “This spirit of problem-solving has been a feature of his campaign, along with demonstrating a solid, well-researched grasp of the issues before the candidates. His campaign has been free of ideological grandstanding, offering instead fact-based, consensus-driven solutions to the problems of city government.”

They conclude: “For his expertise, for his diligence and for his commitment to finding real solutions to the city’s problems, we are proud to endorse Dan Carson for City Council.”

I have been covering city politics since 2006 and followed national politics dating back to the 1980s—I can’t recall a time when a newspaper endorsed against an incumbent without even mentioning the incumbent or why they are not supporting the incumbent.  It would be like endorsing Joe Biden in 2020 without mentioning Trump.

Particularly since Dan Carson is a major part of the story here.  I’m sure the Enterprise wanted to keep it positive.  Perhaps they believe that everyone already knows about Carson and his decision to be the face on the litigation against the No on H ballot arguments.

But, as we all well know, a sizable segment of the population in Davis is not necessarily aware of the kerfuffle from the spring.

It was news that, last week, Dan Carson for the first time publicly acknowledged that his lawsuit was a mistake during a forum last Monday.

Responding to an audience question in the District 1 forum, Carson said, “It was a serious mistake to file that lawsuit.  I was trying to do the right thing for the right reasons, but it didn’t turn out that way.”

He continued, “Some folks have suggested, well, I should have just outsourced the name on that lawsuit. I think that’s the wrong conclusion.”

Carson said, “I think the lawsuit itself was the mistake and that we should have found other ways without going to court to point out the misleading statements that were made in the ballot argument against the project that I supported.”

Given that this issue hangs over the race, it seems less than responsible for the paper to not acknowledge and comment on it at this point.

Take nothing away from the tremendous qualifications that Bapu Vaitla has—and that were rightly extolled by the Enterprise, but the story of District 1 is Dan Carson.

As we analyzed last week, with two challengers, it is not only far from certain that Dan Carson will be knocked off—he actually has a pretty good chance of winning.  With one candidate, all it takes is more people to vote against the incumbent than for the incumbent.  With two challengers however, it probably means that Carson would have to receive less than 35 percent of the vote to lose—as we have seen in recent examples, that’s a very tall order and might in fact be insurmountable.