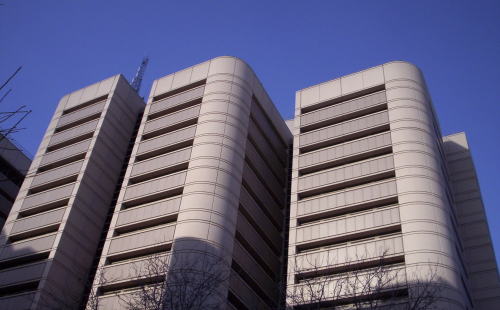 The report, instead, recommends Sacramento County engage in a “hiring freeze for law enforcement departments” and “heavily invest in non-law-enforcement programs that treat trauma and restore our youth and their families and neighborhoods.”

Reformers from the Justice2Jobs Coalition said they plan to visit the Sacramento County Supervisors meeting en masse Dec. 7 to tell the electeds before a vote on the  new jail the “the direction the county will take (either) to increase mass incarceration or take a ‘right’ turn toward root cause interventions that address the real issues impacting our community.”

“(T)he jail expansion will be a massive failure and impose huge financial, health and public safety costs for an entire generation, like the current Main Jail,” according to an introduction to the report, that added “the issues are not as they are being portrayed by some Sacramento County staff. Nor are they fully analyzing the core issues, leading to an incorrect decision to expand the jail.”

The Justice2Jobs Coalition concludes the county can implement “far lower-cost, higher-yield strategies” and jail expansion will become “moot” because “if the county indeed has remedied the problems of policy, practice, and internal culture, it would not even need to consider a new building.

“Our quarrel is not with individual staff. County staff are capable, accomplished professionals who believe their chosen solution is in the best interests of the county. Our concern is with a culture that allows a decision-making process predisposed to accept the one-sided case laid out by some staff, while excluding rational and unbiased data and analyses,” the coalition wrote in its report.

“Consistent with our evidence-based advocacy over the last three years, we urge our county executives and Board to offer a stepwise, public analysis addressing each of the violations documented in the Mays v. Sacramento County federal consent decree…and explain how they determined that the proposed facility is an appropriate solution to a given violation,” added the coalition.

The groups charged it’s “clear the majority of the severe civil rights violations at issue in Mays regard underlying conditions that can and should be remediated without a new facility. These include preventable overpopulation of the jails and the culture of cruel and inhumane treatment saturating the institution.”

“Over several years of discussions before and after the court settlement, the county has yet to meaningfully address these well-documented underlying conditions. To keep focusing on an expensive new facility while continuing to tolerate a climate of inhumanity in the jails is a losing proposition,” reformers added.

The coalition complained a September county workshop that introduced the new facility idea didn’t allow community members to participate, or even ask questions.

“Considering the massive social and financial costs, the public deserves an open, evidence-based analysis to support the staff’s hypothesis that a jail expansion will be effective in protecting human rights, public safety, and county financial sustainability. In short, prove it,” the coalition writes, and issued a “challenge” to the supervisors to read the groups’ analysis and “analyze” relevant reports included.

The coalition also urged, “Executive leaders should hold their staff accountable to demonstrate with clear and convincing evidence in accordance with the practices named above that their proposed solutions will deliver the desired outcomes–and to propose different solutions that truly would meet the county’s objectives.”

County staff, the coalition alleges, has a “longstanding agenda to build a new locked facility,” and “Law Enforcement and correctional officials have often deflected responsibility for human rights and public safety violations by placing the blame on existing facilities. For any number of jail conditions complaints, the majority of which have nothing to do with the facility itself, they return to the refrain that a new facility would solve the problems.”

The report cites a recent jail monitoring report “illustrating how policy, practice, and staff behavior—not facilities—are the problem,” noting, in one case, “a patient reported drinking a gallon of hard liquor daily for two years but was not started on treatment for alcohol withdrawal. Nurses did not conduct an alcohol withdrawal assessment of the patient in booking and approximately 30 hours later the patient had a seizure and died.”

The coalition report insists “the staff’s construction-first approach is misguided and would not result in long-term compliance with the federal consent decree.”

Effective alternatives to expanding the jail are ignored, the report claims, and county staff “fail—or refuse—to recognize the nexus between public health and public safety, and holistic approaches that actually result in a higher quality of life for all residents.

“Public safety experts now realize that incarceration is unambiguously a failed strategy for reducing recidivism or keeping the public safe. Study after study shows that locking people up has no effect on crime recurrence, or slightly increases it when compared with the effects of noncustodial sanctions,” the report asserts, quoting a jail study commissioned by the county that concluded “there is limited evidence of the deterrent effect of incarceration alone, and if anything, the criminogenic impacts of incarceration grow with every hour and day in custody.”

The coalition unabashedly charges, “The cost of the county’s failed approach can be measured in lives needlessly lost inside the jails and outside in the community.”

The report commends the Board of Supervisors for voting three times in three years not to expand the county jail system because the board “saw through the biased staff presentations and turned back each attempt. But county staff members don’t seem to take ‘NO’ for an answer.”

Describing the county’s “Unshakeable Commitment to Jailing,” the coalition chronicles in detail how county counsel “fought against jail releases during the early spread of COVID, despite dire warnings from public health experts. Counsel went so far as to force the Office of the Public Defender to abandon its efforts to protect people who were in jail for misdemeanors or probation violations.”

The report also criticizes county staff that, it argues, “misrepresented role of Mental Health Treatment Center to Board of Supervisors…blatantly (stating) false information with the Board and the public about jail transfers  County later acknowledged the truth but failed to inform the public and Board of the correction.”

“Inhumane conditions stemming from the culture of the institution, lack of adequate medical and mental health care, sanitation, and basic human decency form the majority of the complaints. Properly defined, the problem calls for a very different solution than jail construction,” the report notes.

The Justice2Jobs Coalition noted it supports pre-conviction programs, “especially those that are community-based, not run by or accountable to law enforcement agencies—because they are the least harmful to the person, their families, and their neighborhoods, and have the most effective public safety track records. However, many recommendations are post-conviction programs that have much lower success rates and often lead to jail population increases, which is contraindicated to meet the consent decree.”

But, under a section in the report entitled “Shooting Ourselves in the Foot,” the coalition said, “County’s public safety approach drives our high incarceration rates.”

“There is an assumption, shared by many inside and outside of county government, that people in the jail are there because they are a danger to the public. That’s false…83 percent of people in Sacramento County jails have not been convicted of a crime and should be presumed innocent, and that on any given day close to half have some combination of a substance use disorder and/or a serious mental illness,” said the coalition.

The report doesn’t necessarily lay the blame on the current jail’s problems, noting that “law enforcement officers are not trained to be care providers. Police, Sheriff, Probation, Protective Services, and guards are trained to enforce the law. They do not practice, nor are they accountable to practice, trauma-informed interactions.. People who are in need of health interventions are better treated outside of a jail in a health-prioritized environment. That is the only way to end the cycle of incarceration stemming from unmet needs and untreated illness.”

The report authors write that “sentiment (about how people are treated in jail) will not help bring about solutions in the jails. This is because the jail is an extension of the sheriff. What goes on inside the jail is up to the sheriff, not the Board of Supervisors and not county executives.”

Instead, the coalition’s report suggests lowering the maximum jail capacity, and learning from “counties like Los Angeles where Measure A just passed, to fortify the Board of Supervisors’ ability to remove the sheriff, and closing the mail jail in downtown Sacramento.”

The county, rather than expanding the jail, should—the coalition report states—consider “the Board’s recognition of racism as a public health crisis. Demand a theory of action for proposed solutions–how would they fix the problems, what are the steps or mechanisms, and what evidence supports this assertion? Demand an evaluation of alternatives—including those proposed by community experts and advocates—including cost-benefit analyses for comparison to the staff’s proposed solutions. Ensure that equity is at the center of decision-making regarding potential solutions for the identified problems, which disproportionately affect Sacramentans who are Black, brown, poor, LGBTQIA, and/or navigate disabilities.”

The coalition’s advice to the Board of Supervisors is to “not be deceived by staff’s seemingly carefully crafted narrative. Supervisors can instead deeply question appointed county leadership about why they have not fully implemented the recommended strategies in the remedial plans and are instead pushing for a new facility which would not solve the policy, procedure, organizational culture, and personnel problems at issue in the consent decree.”

The report also recommends these ideas, among others:

The report also asks the county to create an “Office of Diversion, Re-Entry and Restoration with Client Protections” to serve as a “Holistic defense,” upgrading traditional public defense models. “It combines all the civil rights and other protections that come with a public defender and adds an interdisciplinary and multi-system approach that addresses underlying factors driving a person into the criminal-legal system.”

This wouldn’t, notes the report, replace the “traditional strong, court-defense counsel. This is an augmentation to add a team of professionals to assess and
create a plan that centers and fully prioritizes the best interests of the client.”