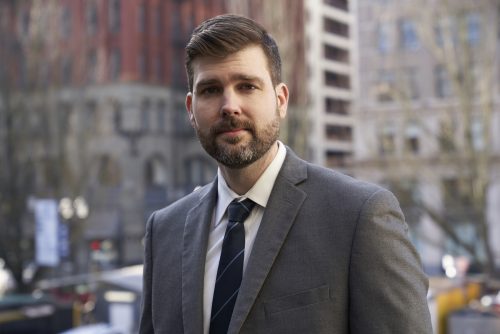 PORTLAND, OR – The District Attorney from Multnomah County here made public his urgent concern about a severe lack of public defenders, labeling it an “urgent threat to public safety” that has led to the dismissal, so far, of hundreds of cases.

As part of DA Mike Schmidt’s statement, he vowed to publish all cases that are dismissed by the court because of a lack of defense counsel.

DA Schmidt also gave his own statement, talking about how in February of 2022, nearly 300 cases were dismissed by a Multnomah County Circuit Court because of a lack of defense counsel.

He added how dangerous this situation is becoming, noting, as an example, “a suspect that allegedly ran a car into a school bus of children, which subsequently had to be evacuated due to a leak caused by the incident, was released within 24 hours of his arrest due to lack of a defense counsel.”

DA Schmidt argued, “This sends a message to crime victims in our community that justice is unavailable and their harm will go unaddressed. It also sends a message to individuals who have committed a crime that there is no accountability while burning through scarce police and prosecutor resources. Every day that this crisis persists presents an urgent and continuing threat to public safety.”

DA Schmidt also stated his office remains committed to prosecuting cases that have been dismissed, and will not turn his back on justice.

DA Schmidt has been very vocal about this crisis since it began, and has since published an Op-Ed, and works on the three-branch workgroup in his office that has been addressing the issue.

Data analysts in his office have been tracking the number of cases that have been impacted, to address public safety concerns. The data can be found: MCDA Felonies and Misdemeanors Dismissed by the Court 2022.

As of Thanksgiving week, 285 felony and misdemeanor cases have been dismissed for lack of defense counsel and nearly 2,500 felony hearings have been impacted, the DA said.

Naya Wiezel is a 3rd year undergraduate student at UCLA majoring in Political Science with a minor in Public Affairs. She has a passion for political activism and is a part of social justice groups on campus. She plans on attending law school after completing her undergraduate studies and hopes to go into entertainment law.