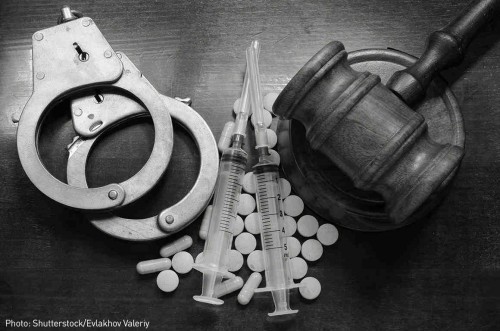 By Michael McCutcheon and Citlalli Florez

CHICAGO, IL – Imprisoning men and women for drugs has not lowered the rates of substance abuse, arrests, or overdosing, according to a 2008 brief by the Pew Charitable Trust.

The brief states there was “no statistically significant relationship between state drug imprisonment rates and three indicators of state drug problems: self-reported drug use, drug overdose deaths, and drug arrests.”

The report said jailings have failed to curb recidivism with the majority of people behind bars serving time for low-level offenses, noting, “no amount of policy analysis can resolve disagreements about how much punishment drug offenses deserve.”

It also concluded “research does make clear that some strategies for reducing drug use and crime are more effective than others, and that imprisonment ranks near the bottom of that list.”

But Illinois’ SAFE-T Act, a new law, will allow for many who are arrested for possessing a small amount of drugs to avoid jail.

And, under the Pretrial Fairness Act, another new law, a police officer who catches a person with a small amount of drugs will have the option to release them.

The officer would issue a citation directing them to attend court on a specific date within 21 days. Normally, if someone is held by police, they would be required to appear in court within two days. The new law is set to take effect Jan. 1, 2023.

A 2021 investigation on dead-end drug arrests found that thousands of Chicagoans who were arrested for Class 4 drug offenses ended up having their cases dismissed. There are cases that have been entered into a program for drug treatment and to avoid court and jail.

These drug arrests, said Pew, end up being a waste of the arresting officer’s time, and negatively impacts the defendant’s life while they are in custody, losing out on employment and social relationships.  It would also lead an individual to lose their home and/or to possibly go through withdrawal.

The new law would mean that people would not have to wait in jail until they are able to appear in court.

Earlier in the year, there were many states’ attorneys who filed lawsuits to keep the Safe-T Act and the Pretrial Fairness Act from taking effect, arguing such measures are unconstitutional. The lawsuits were upheld in the Kankakee County Circuit Court.

Readers of the Chicago Sun-Times and Better Government Association (BGA) were asked about laws surrounding drug possession. The majority responded they oppose felony legislation for minor possession and instead support making the offense result in a citation or misdemeanor.

However, a judge out of Cook County responded accused may not show up for their court dates if just given a citation. Rather, the judge proposed people should be immediately screened for admission into a drug treatment program, allowing courts to offer help to those who need it directly.

Michael is a senior at CSU Long Beach majoring in Criminology and Criminal Justice. After graduating with a BS, Michael plans to attend grad school and receive his Masters with a thesis on interrogation techniques.