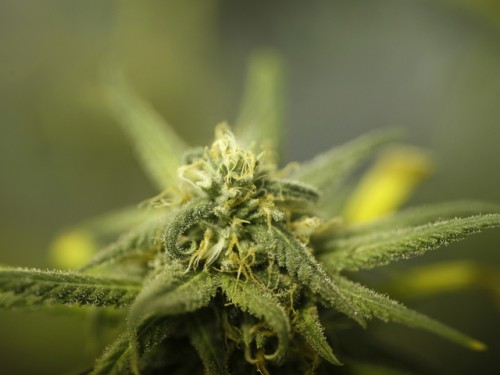 By Michael McCutcheon and Rena Abdusalam

SALEM, OR – Oregon Gov. Kate Brown this week announced a pardon for offenses of simple possession of one ounce or less of marijuana.

The pardon affects approximately 45,000 people across the state and forgives more than $14 million in fines and fees, according to the governor’s office.

The state added 47,144 convictions will be removed from records, eliminating the created barriers for offenders seeking opportunities for which they were previously ineligible.

“No one deserves to be forever saddled with the impacts of a conviction for simple possession of marijuana—a crime that is no longer on the books in Oregon,” said Gov. Brown.

“Oregonians should never face housing insecurity, employment barriers, and educational obstacles as a result of doing something that is now completely legal, and has been for years,” the governor added.

Gov. Brown noted, “My pardon will remove these hardships. And while Oregonians use marijuana at similar rates, Black and Latina/o/x people have been arrested, prosecuted, and convicted at disproportionate rates.”

The Oregon Judicial Department will guarantee that court records connected with the forgiven offenses are sealed, following Gov. Brown’s pardon and the required law.

“We are a state, and a nation, of second chances. Today, I am taking steps to right the wrongs of a flawed, inequitable, and outdated criminal justice system in Oregon when it comes to personal marijuana possession,” said Gov. Brown.

“For the estimated 45,000 individuals who are receiving a pardon for prior state convictions of marijuana possession, this action will help relieve the collateral consequences arising from these convictions,” Brown noted.

Michael is a senior at CSU Long Beach majoring in Criminology and Criminal Justice. After graduating with a BS, Michael plans to attend grad school and receive his Masters with a thesis on interrogation techniques.