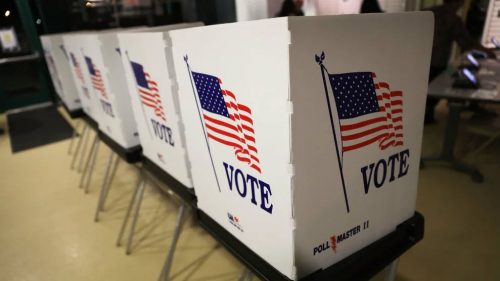 CALIFORNIA – High voter turnout among youth of color in California shows, according to a recent poll, young voters from Santa Ana, Richmond, Merced, Coachella, and the cities in between are coming together to address the issues that affect them most — creating a voting bloc.

They are motivated by issues such as housing insecurity, inflation, the risk of cost of living, and guaranteed access to abortion care, said Power California, which conducted a youth poll that revealed 87 percent of youth voters agreed the cost of living is increasing rapidly compared to wages.

The poll also revealed three out of five youth voters had to make a decision between paying rent or another utility bill. One quarter of youth voters missed paying rent in the past year or had to move back in with their family.

Astrid Morales of Power California said, “Young voters of color know our vote is our voice.”

Morales added, “this is why we are mobilizing our families and communities, because we know we are key to determining what happens in Congress, the state legislature, and in our hometowns and cities throughout California. By coming together as a powerful group, we can make our leaders work for us and deliver the thriving communities we deserve.”

These are day-to-day challenges, said Power California, that cause youth of color to voice their demands through their vote.

PC added youth voters of color all over California are coming out to support what they believe in: reproductive freedom, local rent control initiative, and other growing policies, including a strategy to make corporations, landlords, and billionaires accountable for the damage they have caused.

Perla Brito is a 4th year undergraduate student at California State University, Long Beach. She is majoring in Criminology and Criminal Justice and is set to graduate by Spring 2023. After graduation she plans on working at a local police department in the criminal investigations division. She intends to pursue a Masters in Psychology with a focus in Neuroscience in hopes of working on neurocriminology research one day.