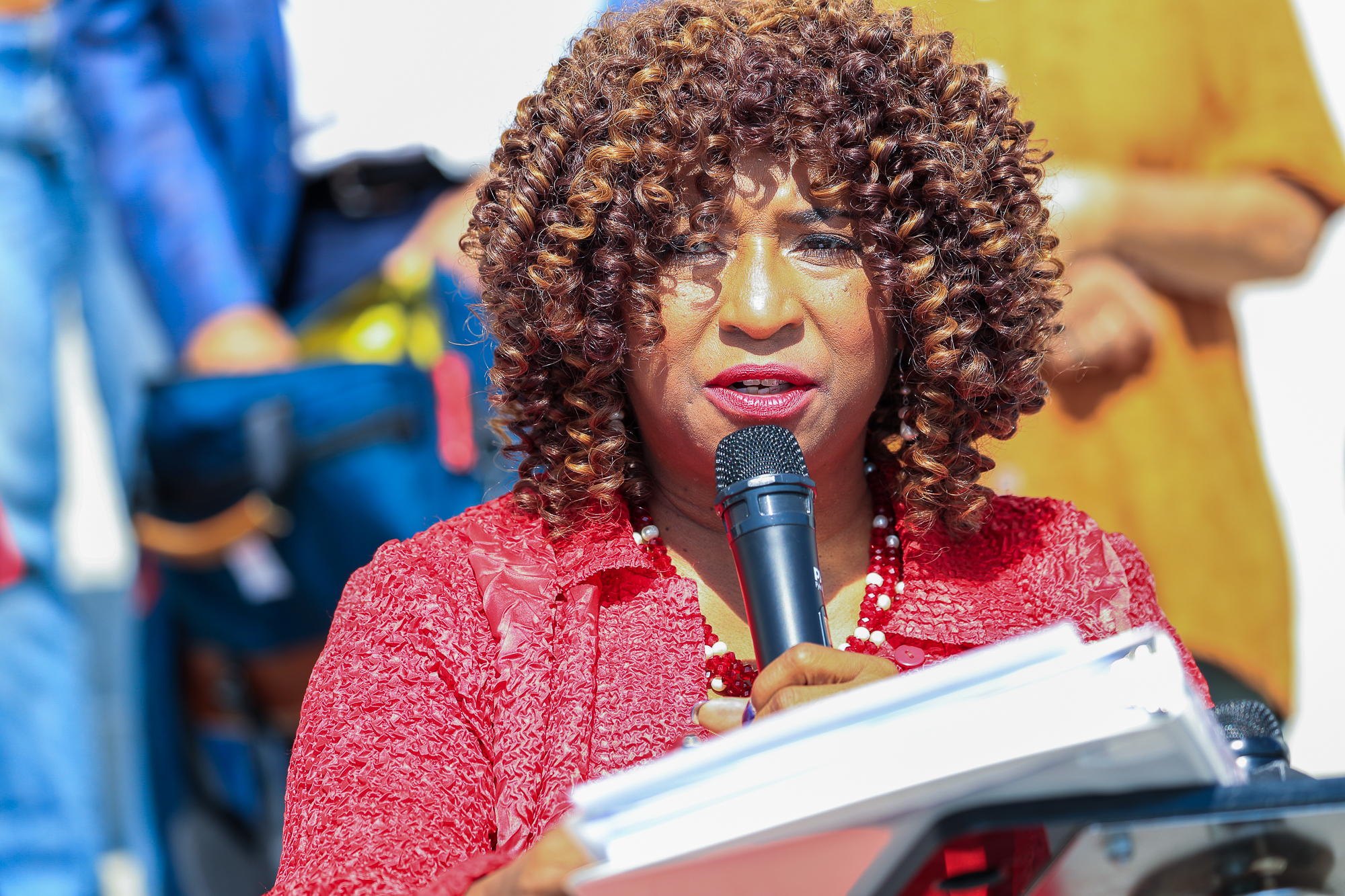 Pamela Price at a press conference in September 2021, photo by David Greenwald

Price will be the first African-American District Attorney in Alameda County’s history and only the 2nd woman to helm the office.

OAKLAND, CA – Civil rights attorney Pamela Price defeated Chief Assistant DA Terry Wiley by more than 6% of the vote on Friday night. On Sunday, November 20, 2022, Mr. Wiley called Ms. Price to concede the race and pledge his support in the transition. Price becomes the first African-American District Attorney in the County’s history. Also, with the passage of AB759, Price’s term as District Attorney will be six years instead of four years.

“This is a significant moment in Alameda County’s history. The voters have ushered in change in the County Sheriff’s office and now the DA’s office,” Price stated. “The next six years of my term will be full of meaningful

“This election was never about me, even though the opposition painted it that way. It was about implementing significant change in how justice works in our county,” stated DA-elect Price. “The double standards and racial disparities were palpable to the voters and they could see the old approach has not led us to greater public safety. They did not trust the status quo to change itself, and real public safety requires public trust.”

Price added, “I am so grateful to my amazing campaign team, my campaign manager and our communications director who worked tirelessly to make sure voters understood what was really and truthfully at stake in this race. I am so thankful for every vote I received. We will use it as fuel to drive the change the county so desperately needs.

“There are so many layers of changes needed and it will take time to turn the wheels of justice in the right direction, but I am confident that our ideas, plans and principles will be the guideposts in that journey of change,” stated Price.

Price launched her campaign almost two years ago, just days after the January 6 insurrection. Her campaign engaged a broad coalition of community groups and leaders who blanketed the county in building awareness of how Price is the right leader to fix the broken system.

Price is the only candidate to garner powerful endorsements from Planned Parenthood Advocates of Mar Monte, Smart Justice and California Nurses Association, as well as a long list of democratic clubs, justice-focused organizations and workers’ unions.

“We ran a people-powered, corporate/police money free campaign. The public can trust that my seat was not bought to protect certain powerful individuals, corporations and law enforcement from accountability for their actions. I was the only candidate with a record of success in holding corporations and law enforcement agencies accountable for their misconduct,” said Price.

“Now the transition of leadership in the DA’s office will begin. Price has assembled a transition team which includes award-winning attorneys with expertise in criminal justice, respected community leaders and representatives. We expect to have further details of changes and goals in the coming months leading to the January 3 swearing in.

“I look forward to a smooth transition and know the office has professionals who are hopeful the long-awaited change of reform would come to fix racial, gender and socio-economic disparities and double standards,” Price stated. “I appreciate the call from Mr. Wiley and his offer to aid in the transition. I look forward to speaking with Ms. O’Malley as soon as possible. At the end of the day, we all want the same goal and understand how important it is to have a full faith transition.”