Davis, CA – In 2019, nearly three years ago to the day, Richard Rothstein spoke at Davis Community Church about his book, The Color of Law, and racism and segregation in housing patterns.

As Ellen Kollarik explained on Thursday at Bet Havarim in Davis, a group of people got together to discuss the book and figure out the next steps to address racial and housing inequities.

They reached out to Rothstein, who offered his daughter, Leah Rothstein, to come and speak on her forthcoming book, which addresses that very issue.

Rothstein explained that the concept of de facto segregation is wrong.

“The explanation that we’ve all come to believe about how our communities are being racially segregated, de facto segregation, says that unlike the segregation of schools and restaurants and lunch counters and public transportation in the south, which was required by law, that residential segregation is something entirely different.”

According to this explanation, “It wasn’t required by law.  It happened maybe by accident.”

Private actors like realtors, landlords and bankers are blamed for refusing to rent or

Thus, she said, these are “not the responsibility of government, but private actors that create the segregation that we see today.”

However, Richard Rothstein in his 2017 book “called the de facto segregation explanation a myth.”

“He said sure, private action did cause some segregation, it was a factor in creating the segregated communities we live in today,” she explained.  “But those private actions were incentivized and often required by government at all levels. Federal, state, local government that took action that was unconstitutional as the actions taken in the South that required the segregation of schools and lunch counters and public transportation, as much a violation of the 5th and 14th Amendment as those laws were that been changed.”

She presented the background for example of Levittown, built outside of New York City for white workers who worked in the city.

“William Levit was the developer. He decided he wanted to build 17,000 homes. Now, this was the time, like I said, when there weren’t a lot of suburbs, it seemed like a crazy endeavor. He didn’t have the money to build 17,000 homes himself. He couldn’t get a bank loan to do it because he didn’t have buyers. We weren’t a suburban country. It seemed crazy to finance this,” she explained.

She said the only way he could finance Levittown was with a federally backed loan guarantee, backed by the federal government, the Federal Housing Administration and Veterans Administration.

Rothstein explained “they would only give that loan guarantee if he agreed to only sell the homes to whites.”

This in fact happened all over the country.  The FHA would only back and federally insure loans for housing developments for whites and they would not ensure such housing “located near African American neighborhoods,” because “it would run the risk of infiltration by inharmonious racial groups.”

“So the idea of de facto segregation, it’s just nonsense, right?” she said.  “There was nothing de facto about this.  This was required by law.”

“Levitt and many builders like him weren’t particularly progressive,” she said.  “He was a bigot. He said he wouldn’t have sold his loans to African Americans if he was given the choice. He said that at the time.”

She argued, “If the Federal Housing Administration had lived up to its constitutional obligation and instead told Levitt and builders like him around the country, look you can have this loan guarantee, you can have these subsidies if you agree to sell your homes on a non-discriminatory basis.  Suburbs would look very different today than they do.”

And it’s not just a housing gap—it’s a wealth gap.

But she said, “African American household wealth is now 5% of white household wealth. That’s a huge disparity. And that wealth gap is entirely ’cause of these government policies that basically gave wealth to whites by allowing them into subsidized home ownership and prohibiting African Americans from doing so.”

A big focus of her talk was how to address these problems.

She discussed two strategies to help attempt to increase investments in lower-income, segregated African American communities “where the concentration of poverty is the direct result of government sponsored segregation.”

These are place-based strategies.

There need to be attempts to prevent displacement “as investments and resources increase in lower-income communities, what can happen is they become more desirable to people with higher incomes.  They become more expensive and they threaten to price the longtime residents out of those communities.”

She said, “Place-based strategies include anti displacement strategies like those that protect renters from rapidly increasing rents or unjust evictions or policies like inclusionary zoning where in neighborhoods that are gentrifying when new housing is built those housing developments are required to set aside a certain percentage of their units for as affordable housing.”

One example she gave that is already in use in over 200 communities around the country, is starting or expanding a land trust.

There are also mobility strategies.

“There’s a lot of things that we can do that don’t involve building brand new developments,” she said.  One is Section 8 vouchers.  “Over two million low income families receive Section 8 vouchers that are disproportionately African American.” 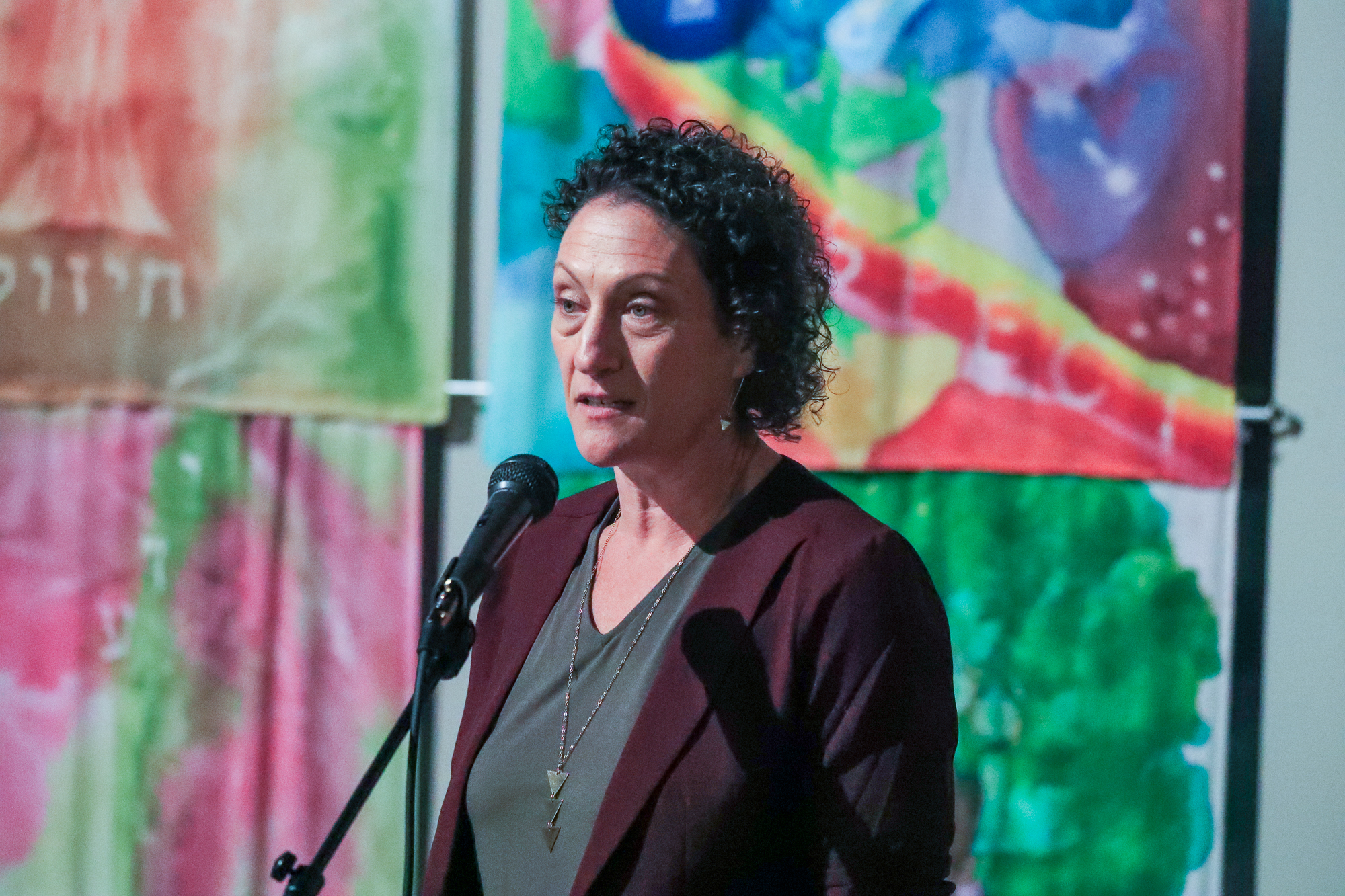 She said, “As opposed to a public housing recipient whose benefit is tied to a place that comes with a unit that’s owned by the housing authority, with that housing with a Section 8 or housing choice voucher, that family can use that voucher to rent anywhere in the housing authorities’ jurisdiction.”

She noted that most of us want to live in neighborhoods with low crime, well-resourced schools, access to open space, jobs and transportation.

“We call these areas neighborhoods of high opportunity,” she said.  But, she explained, “these high opportunity neighborhoods are often designed to keep lower income people out cause they’re too expensive for them to live in. Section 8 has the potential and it adds the intention when it’s created to address this by allowing low-income families the opportunity for mobility out of low-income communities.”

Unfortunately, only about five percent of Section 8 voucher holders live in these high opportunity neighborhoods and they are less likely than white vouchers holders to do so.

Rothstein pushed for strategies to adopt comprehensive mobility programs in order to expand opportunities for voucher holders to live in high opportunity neighborhoods.