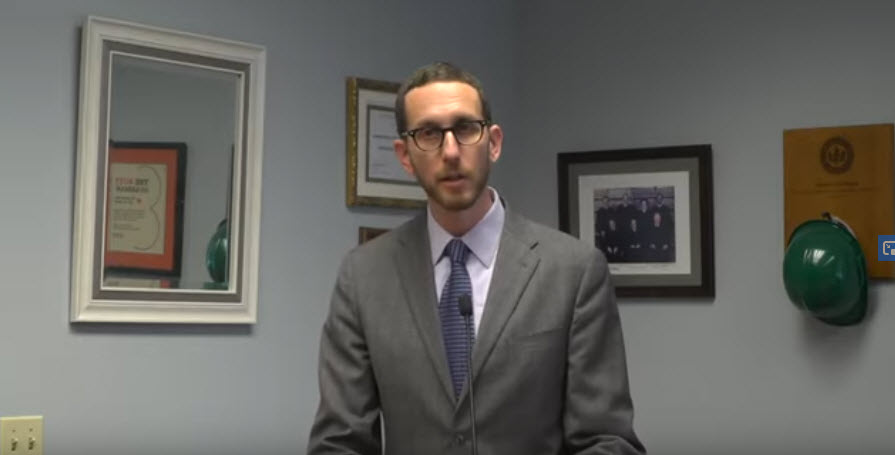 San Francisco, CA – Senator Scott Wiener has been one of the leaders in the state of California to address housing issues.  The Vanguard caught up with the Senator this week to discuss the recent elections and what the statewide housing focus will be in 2023.

Vanguard: What are your thoughts on the recent election with regard to housing?

Senator Scott Wiener: I’m very disappointed in Prop. D’s loss. Prop. D would’ve been a big step forward for San Francisco, transformation for how we do housing. One of the biggest roadblocks to housing in San Francisco has been the unbelievably long, expensive, unpredictable approval process where, even if you propose housing that complies with all the rules, you may still have to go through a multi-year or longer process, which raises costs and your project might get killed, which happened at Stevenson Street. So Prop. D is a good government measure in that it’s very simple. It would’ve provided that if you check all the boxes, you follow all the rules around zoning, design, et cetera, then you get your permit quickly.

The other real problem with Prop. D losing is it’s hard to see how San Francisco can meet its RHNA without Prop. D, without streamlining—even if San Francisco zones for enough housing, which it’s doing after the housing element process, if each of those projects gets held up with discretionary appeals and CEQA lawsuits…  It’s just not going to work. So I think we need to take a look at, you go back to the ballot, but we’re also going to need to strengthen state law to streamline more housing.

Vanguard: From your perspective, what needs to happen at the state level?

Senator Wiener: A few things.  SB 35 is a very power tool to streamline housing.  We want to make that permanent.  Phil Ting had a bill that died that I hope he reintroduces, maybe even in a stronger form, to make clear that CEQA does not trump the Housing Accountability Act. And so there are a few things that we can do to really make clear that when we pass state laws, we mean it and that we want housing to be approved more quickly. We want good government.

Vanguard: Do HCD and RHNA have enough teeth to be able to actually get the housing built or are they still a paper tiger?

Senator Wiener: Oh no, they have teeth.  Between the HCD and the Attorney General, there’s plenty of teeth and plus other laws that we’ve passed.  So yes, these agencies have teeth, they just have to use it.

Vanguard: Do you see that local communities are going to continue to fight back and is there a need for the state to intervene on that front?

Vanguard: Are you concerned with the economy, that housing just can’t get built?

Senator Wiener: Well, I mean, I think when we have an economic downturn with high interest rates it is never good for housing construction. And that’s why during downturns, we should be investing a lot more in subsidized affordable housing with public money to have countercyclical public investment. But even with the downturn now, nothing’s permanent. Downturns happen. They’re part of life. And so the economy will recover and then there will be the ability to have a construction boom. And we want to make sure that that can happen once the economic conditions are there.

Vanguard: In the meantime, the housing situation is going to get a lot worse, especially for low-income people.

Senator Wiener: I think that is accurate. Until we get our act together on housing and start building enough housing, low-income, people will suffer the worst. There’s no doubt about that. And that’s why we need to have a true sense of urgency in getting this resolved.

Vanguard: What should our priorities be at the state level?

Senator Wiener: Streamlining housing and making sure that CEQA is not undermining other state housing laws, and funding affordable housing and enforcement.

Vanguard: What are your thoughts on the current homeless situation and what the state can do there?

Senator Wiener: Well, I mean, we need a lot more housing. We need more housing subsidies and we need to make sure people aren’t losing their homes.