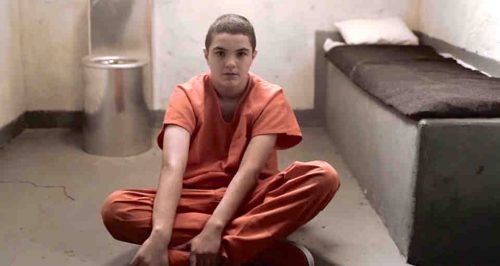 KNOXVILLE, TN – The Supreme Court of Tennessee has ruled the state law requiring mandatory life is an example of a “cruel and unusual” punishment for juveniles, making it a violation of the Eighth Amendment of the US Constitution.

In State of Tennessee v. Tyson Booker, the justices explicitly stated that “juveniles convicted of homicide will be granted a parole hearing after 25-36 years behind bars based on release eligibility,” adding age and other circumstances will be properly considered when deciding release eligibility.

This decision changes things for many people, such as Almeer Nance, a Black man who was wrongly convicted for a felony-murder in 1986 when he was only 16 years old.

Nance and another woman, Amanda Joe Goode, were coerced, said their defense, by the actual murderer, Robert Manning, to participate in the robbery of an electronics store that led to the shooting death, by Manning, of Joseph Ridings, the 21-year-old store manager.

During the trial, Manning had at first tried to place the blame on Nance. However, later in trial, Manning did come forward and admit he had been the one to shoot Ridings in the head.

Despite this, Nance was still considered a guilty member for the homicide, due to a coerced confession gathered by the police the night of the incident, said his defense.

Even within Nance’s coerced confession, it was found that he had asked for legal counsel. But, during the trial, the police officers, charged the defense, lied under oath and said that he never even mentioned it.

This lie was eventually caught, but the judge still considered the confession when making the final decision for Nance’s sentence.

The final sentence for Nance was 51 years in prison with possibility for parole. However, Goode, the white woman who was also an accomplice for the felony murder, was only sentenced to a year in prison.

In a review of Nance’s case, former public defender Chris Irwin stated, “You had a white judge, a white prosecutor, white defense attorney, white cops, and then you have this Black kid, 16 years old, who gets nailed.”

Even former jurors of the trial believed their past decision was immoral.

“The incident was a great injustice to the victim and to his family. But, taking Almeer’s life when he just started it, really I felt horrified. I followed the instructions. But, the law was unjust.”

Nance has talked about the impact that his sentence has had on his life and, more specifically, his family.

“I have a daughter. I have never been able to take her anywhere but to a vending machine. But, we get along as much as we can. I tell them I am in school, I am doing something.” he shared to an interviewer from Al Jazeera in the following video.

His daughter has also shared that her only dream is to one day see her father come home.

But, with Tennessee’s most recent decision, supporters argue Nance and many others like him now have the opportunity to be heard and regain some of the things that were taken from them.