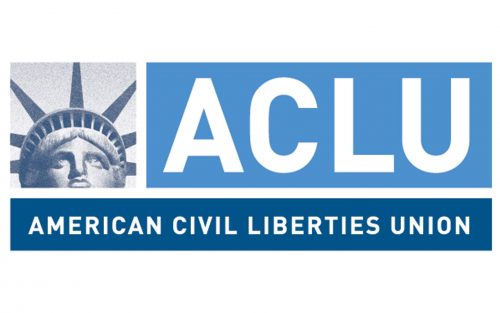 By Jessica Weisman and Citlalli Florez

The forum, “Correcting Injustice: How Clemency serves Justice and Strengthens Communities,” discussed clemency and how it is able to address injustices and reduce mass incarceration in the justice system.

During the Forum, ongoing work to reduce mass incarceration, the past use of clemency and the impacts of reentry on people and communities were the focus.

And, the Forum comes about at a time when public clemency actions were conducted by President Joe Biden and Oregon Governor Kate Brown. Both pardoned people with convictions for the possession of marijuana. As stated in the forum, clemency isn’t a new phenomenon.

The ACLU also announced the creation of the Lewis Conway Jr. Leadership in Clemency Award in honor of Lewis Conway. Conway was an ACLU employee who passed away earlier this year.

He was an integral leader for launching The Redemption Campaign, created for encouraging officials to use clemency in new and transformative ways in an effort to release 50,000 individuals from state and federal prisons. The redemption campaign pushed for granting the release of four large groups of people who are imprisoned.

Before becoming part of the ACLU, Lewis had served in a Texas prison for 2,095 days. After being released he advocated for incarcerated people. He also filed to become the first formerly incarcerated person in Texas to run for government.

While working for the ACLU he used his skill of storytelling to encourage others to tell their own stories. He became a prominent guest lecturer at local universities and spoke about reentry, personal development and social justice. He also wrote three books.

Cynthia Rosenberry, Acting Director of the ACLU’s Justice Division talked about how the criminal justice system is “simply not working.”

She said, “We’ve seen great progress in clemency in recent weeks. Thanks to President Biden and Governor Brown, thousands of people have received marijuana-related pardons, and this conversation demonstrates the need for more.”

“Too many people are in prison unnecessarily and too many people have been left behind bars as laws change. People are not disposable. Clemency provides an opportunity to embrace redemption instead of retribution,” Rosenberry continued.

Thompson is a formerly incarcerated advocate and founder of the Michael Thompson Clemency Project. The project is about telling the stories of various incarcerated individuals and fighting for their release.

Brown emphasized the need for “second chances” in America, and that no one deserves to have who they are boiled down to a mistake they made.

“The one-size-fits-all approach that mass incarceration relies on is rooted in racism — and as a country we must rethink this approach” said Gov. Brown. She advocated for clemency, stating it can be used to bring justice to the United States.

Udi Ofer, John L. Weinberg Visiting Professor and Lecturer of Public and International Affairs at Princeton School of Public and International Affairs stated, “By bringing together people who have first-hand experience with government officials who hold the executive power to use clemency, we hope to initiate a critical dialogue and encourage policymakers nationwide to employ clemency as the valuable tool it was designed to be.”

Ofer listed some of the ways past presidents have used clemency in order to showcase not only its relevance throughout history, but its importance today, concluding, “It is time we have a candid conversation about clemency, what it means, and how it can help correct the injustices in our existing prison system.”

Princeton University, he said, has been involved in criminal legal reform for years thanks to its powerful students, noting Students for Prison Education and Reform (SPEAR) and the university’s Prison Teaching Initiative work to promote criminal justice reform through education, conversation, and outreach.

Thompson reiterated his support for clemency by discussing his own experience with the system. “These sentences that are stacked and trap people need to be seriously re-evaluated,” he said.

To watch the forum: https://www.youtube.com/watch?v=g4pf5qT1tYQ&t=1s

Jessica is a third year at the University of California, Davis from Boise, Idaho. She is double-majoring in Political Science - Public Service and Gender, Sexuality and Women's Studies. She has been on the cheer team for UC Davis for three years, and is set to graduate a year early in June 2023. After graduation, Jessica plans to attend law school in Boulder, Colorado after obtaining more work experience in her field.