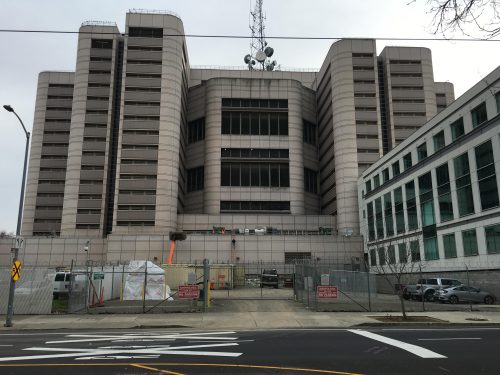 This time, Decarcerate Sacramento issued a statement to reiterate its opposition to the jail construction, and announce a new conference this Monday with other opponents to explain why.

Decarcerate Sac said on Friday that the “proposal for an additional annex building to the downtown jail was originally canceled by the Board of Supervisors on March 10, 2021 following months of community outcry. Concerns included the unsustainable cost of expanding a broken system, and the need for community-based services that prevent incarceration.”

But decarceration advocates refer to continuing jail failures, including court-appointed expert monitoring reports and the failure by the jail to make simple improvements possible in the current facility, like “additional privacy booths for intake nurses, utilizing white noise machines, and keeping sheriffs out of the room when patients are being interviewed.”

“Most of the conditions issues are caused by jail staff behavior. New buildings will not guarantee better conditions, but reducing staff-patient ratios and enforcing current policies to treat people humanely will,” said Liz Blum, a co-founder of Decarcerate Sacramento. “All parties involved have acknowledged that an overpopulated jail is at the core of this crisis.”

Currently, Blum and others maintain, 83 percent of the jail is “pretrial status awaiting court, and 62 percent have diagnosed mental illness. Over half of those booked into the jail are released within three days.”

“We need reentry support. We need housing. We need mental health support for people exiting the jail,” said Katie Valenzuela, Sacramento City Councilmember for District 4, which includes downtown Sacramento. “From a practical perspective, you can’t really do both. If you’re going to invest hundreds of millions into a jail facility, you won’t have the resources.”