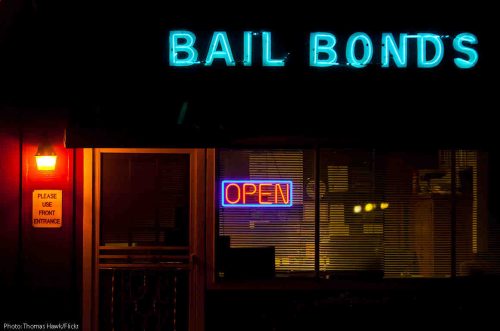 By Jack Sandmeyer and Michael McCutcheon

LOS ANGELES, CA – The Los Angeles Times Editorial Board has examined the misuse of the bond system by both judicial authorities and law enforcement in California, in light of the California Supreme Court’s landmark ruling in In re Humphrey which prohibited the setting of bail at amounts the accused could not afford.

The Times board determined, in short, the new Humphrey bail law is largely ineffective.

The editorial argues the purpose of bail has been ingrained into the U.S. system of law for a specific purpose, noting, “This constitutional right to bail is rendered meaningless if bail is set so high that the defendant can’t pay.”

To demonstrate the exploitation of the bail system, the article uses the analysis by the UC Berkeley School of Law’s Policy Advocacy Clinic and UCLA School of Law’s Criminal Justice Program to support its argument that In re Humphrey has been largely ineffective.

That article follows that this ineffectiveness has been a significant cause for the rise in those accused of crimes, but not convicted, held in jail before trial.

According to the Board, California judges have continued to set bails at unpayable amounts, disregarding the requirements of Humphrey during arraignment.

This neglect has similarly caused those accused to remain in jail until their scheduled day in court. Negative repercussions of this extended time in custody can lead to several issues for an accused, including  losing their jobs or an inability to take care of family, according to the study.

Additionally, studies in evidence-based law have displayed the consequences of unnecessary jail time for first-time offenders to increase the likelihood of an accused to commit future crimes.

Though California’s bail system begins far before they ever see court, as police consult a bail schedule that assigns bail corresponding to the crime. It may even take upwards of 48 hours before the accused is able to see a judge, noted the study.

Once a bail hearing occurs, the accused either pays the bail or allows a bail bond agency to put up the money instead, in which case the agency usually takes a nonrefundable percentage (roughly 10 percent) of the bond. If they cannot pay, the accused  is held in custody until their arraignment takes place.

Earlier in November, a lawsuit was filed on behalf of those accused in Los Angeles that challenged bail schedules as unconstitutional.

These plaintiffs, as argued in the article, are correct in their arguments, especially when considering accuseds should only be held in custody if they pose a flight risk or a danger to the community.

If they only pose a flight risk, then an adequate amount of bail should be set—an amount that the accused should be able to pay, but one that deters flight risk.

The study, conducted by the UC Berkeley School of Law’s Policy Advocacy Clinic and UCLA School of Law’s Criminal Justice Program, recommends a zero-dollar bail schedule, one that completely abides by the requirements above.

For that to happen, the state legislature should codify pretrial release to be presumed in all cases, rather than bail being the expectation. From there, a more accurate judgment can be ascertained, with bail being prescribed as necessary rather than as regulation, according to the study.

Jack is a sophomore at UC Davis majoring in Economics. Following his 4 years at Davis, he hopes to pursue a career in law with an emphasis on environmental sustainability. He plans on attending law school in southern California after he graduates.