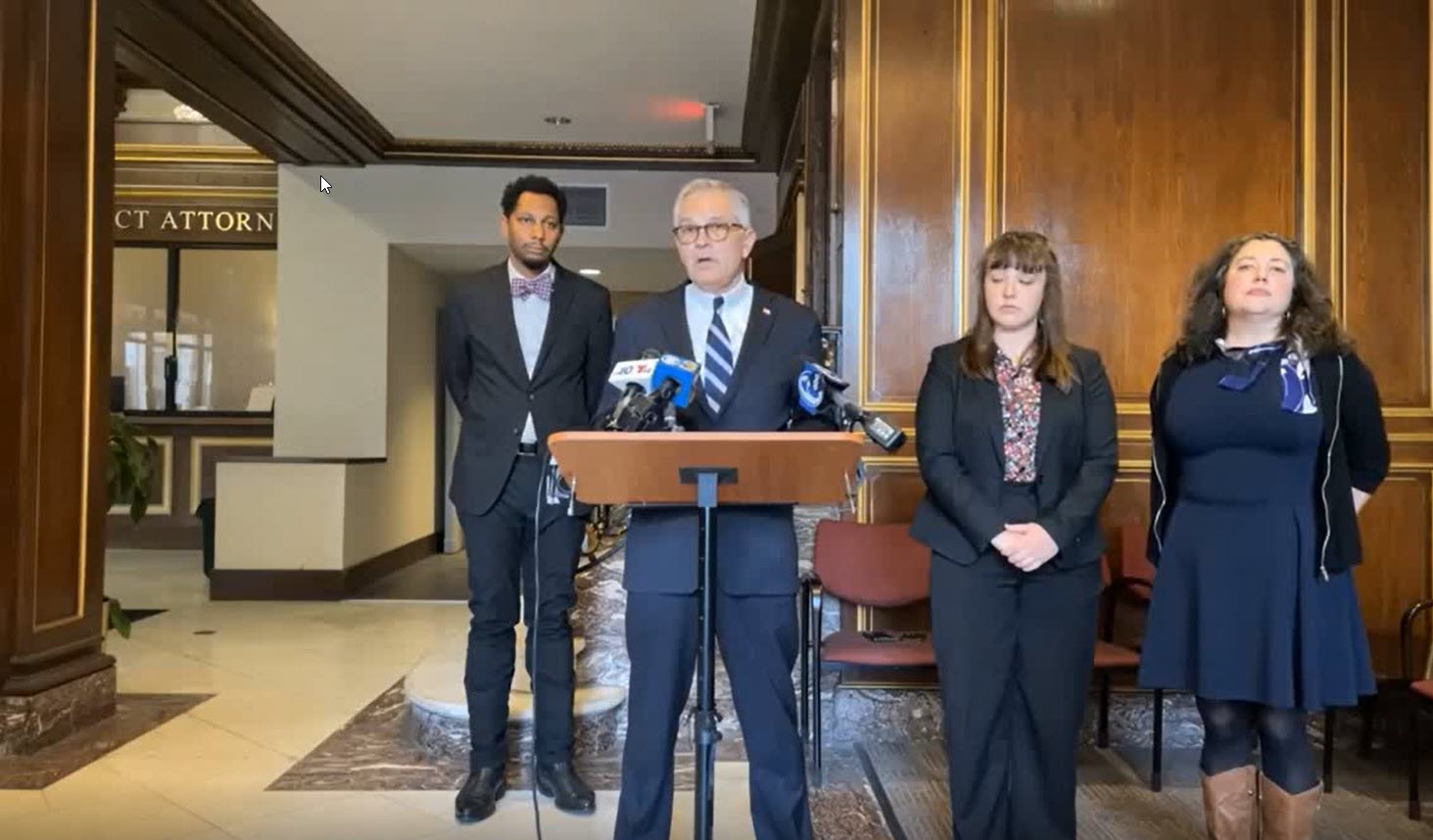 Philadelphia, PA – At a press conference earlier this week, Philadelphia DA Larry Krasner called into question whether the Senate can impeach a city official.

“There are very significant issues, issue number one is whether the Senate can impeach a city official at all, and it’s a very, very substantial issue,” Krasner said in response to a question earlier this week.  “We believe that the law is quite clear that the legislature can do impeachment for statewide officials, but they cannot do it for city officials.”

Further, he said, “issue number two is that this would be the first time in the history of the Commonwealth of Pennsylvania that there’s been an effort to impeach a public official for their ideas, their ideas, and their policies. Justice Larson was impeached because he committed crimes and was convicted of crimes. The other person who was impeached in the history of Pennsylvania, the 1800s, was convicted under the Sedition Act. So there are a couple of very, very substantial issues that we hope the Senate will address or that the courts will address in advance.”

On Friday, Krasner filed a petition for review in Commonwealth Court in response to unlawful impeachment proceedings against him, which were initiated by the outgoing Republican House majority in a lame duck, previous legislative session.

In addition to those two issues, he noted that the state law does not permit the carry over of an impeachment from one Assembly to another.

“As a matter of Pennsylvania Constitutional and statutory law, the Amended Articles are dead because they cannot carry law over after November 30, 2022,” the filing reads.

“DA Krasner has not been accused of corruption or criminal misconduct, and is the first sitting locally elected official in Commonwealth history to be targeted for impeachment by the General Assembly over his policies and ideas,” a release states.

The petition seeks a declaration from Commonwealth Court that the impeachment proceedings are unlawful and that, if permitted to proceed, would have grave implications for the exercise of power by the legislature to target political dissenters.

The application for summary relief makes three independent and compelling arguments for the unlawfulness of the ongoing impeachment proceedings:

With respect to the power to impeach, Krasner in his filing notes, “Consistent with its constitutional and statutory law, Pennsylvania’s case law defines district attorneys—Philadelphia District Attorneys in particular—as local, and expressly not state, officials.”

DA Krasner has also requested expedited briefing in Commonwealth Court because on November 30, the final day of the previous lame duck legislative session, the Senate as constituted at the time adopted a resolution that requires a Writ of Impeachment Summons to be issued “immediately” from the Senate to DA Krasner, thereby commencing unlawful proceedings against the Philly DA.

“Our courts are the bulwark to stop a majority political party’s attempts to weaponize the General Assembly’s impeachment powers against elected local officials from a different party to reverse the outcome of a local election,” the petition states. “Left unchecked, the gate will be opened wide. The Commonwealth’s Constitution and the Rule of Law cannot allow this to occur.”

The petition for review and application for summary relief filed today, as well as previously filed motions and other documents, are available here: https://linktr.ee/phillydalarrykrasner.

Share:
Tags:ImpeachmentLarry KrasnerPhiladelphia District Attorney
Previous : San Francisco’s Plan to Limit Traffic Stops Revised, to Be Voted on at Later Date
Next : Final CAAP Comes to Council This Week – But Even with Changes to Electrification, There Still May Be Pushback