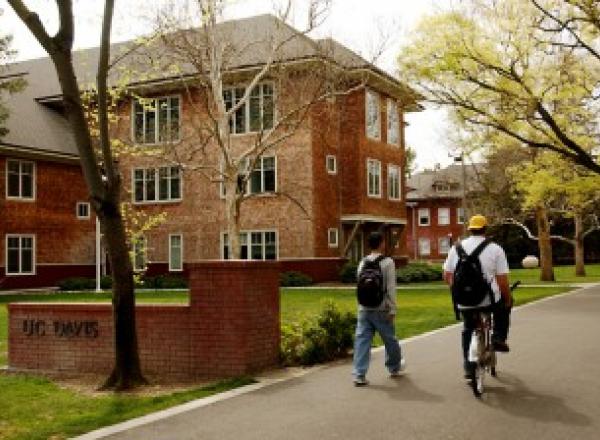 University Generates $6.8B in Economic Activity for Region

A new economic impact report for the University of California, Davis, shows that the university is a major economic driver for the Sacramento region and for California. UC Davis generated $12.56 billion in statewide economic activity and supported 68,900 jobs in 2019.

The economic impact report and a local fiscal impact report will be presented at the annual meeting of the university, the city of Davis and Yolo County at the city council chambers tonight (Nov. 30).

The economic impact analysis — which measured how direct employment and spending by the university rippled through the local, regional and statewide economies — found that every dollar UC Davis spent in California generated an additional $1.10 of economic activity in the state. For every UC Davis job, the university’s economic activity led to the creation of another non-UC Davis job in California. The report did not analyze economic impact beyond California.

The report also showed how well UC Davis research translated into commercial goods and services, and it recommends strategies to maximize innovation.

“Education and innovation are key to our economic growth,” said Chancellor Gary S. May. “The report shows some of the ways UC Davis activities power even more economic benefits and jobs for our communities and for California.”

Fiscal benefit for city and county

A second report, the local fiscal impact analysis, compared the taxes generated locally by students, faculty, staff and visitors to the costs of providing municipal services to those same populations. It found the university’s net fiscal impact was $765,000 to the benefit of Davis and about balanced for Yolo County.

Both analyses were prepared for the university by Economic & Planning Systems Inc.

Half of economic benefit stays in region

Approximately half of the overall economic output attributable to UC Davis stayed in what is defined as the Greater Davis-Sacramento Region (Yolo, Sacramento, El Dorado, Placer, Sutter, Yuba and Solano counties). Overall, the university’s spending of $3.34 billion during the analysis period and 25,100 employees in the region generated $6.84 billion in economic activity and 46,300 jobs in the region annually.

For the university, UC Davis Health operations drove the greatest economic impact in the seven-county local region as well as for the state. “Despite the wide range of goods and services needed for the operation of the health system, the local region captures a sizeable portion of the overall statewide impact,” the report stated.

Statewide, UC Davis Health’s direct expenditures of $4.27 billion had an economic impact of $8.85 billion, or an additional $1.07 for every dollar spent. UC Davis Health employed 12,900 people statewide, and the economic activity generated indirectly and by the spending of its employees supported an additional 24,600 jobs statewide.

The economic impact report indicated that the university’s direct expenditures of $889 million generated total economic impact of $988 million in Davis. The report noted that there is a “limited scope of economic activity in Davis to support businesses directly serving the campus,” and the city businesses UC Davis does deal with appear to source their needs from the larger metropolitan area or beyond. Many UC Davis employees also live outside the city.

Over the five years ending with 2019, commercialization activities — including patents issued, copyright licenses, data transfer agreements, licenses executed and material transfer agreements — increased or were steady. The exception was records of invention, or formal documentations of university inventions, which decreased.

The report said the key to local competitiveness would be to foster the success of smaller startup companies. Their success could attract others and lead to a large and sustainable number of biotechnology and life sciences innovation firms.

For the success of innovation startups, the report noted the importance of collaboration, a skilled workforce, and access to facilities and equipment. It highlighted the resources provided through the university’s Venture Catalyst program; the Mike and Renee Child Institute for Innovation and Entrepreneurship at the Graduate School of Management; and Aggie Square, the planned innovation hub on the Sacramento campus.

Share:
Tags:Economic ImpactUC Davis
Previous : Commentary: Are Early Releases Really the Problem?
Next : Missouri Executes Man Despite Findings that Racism Contributed to His Conviction and Sentence