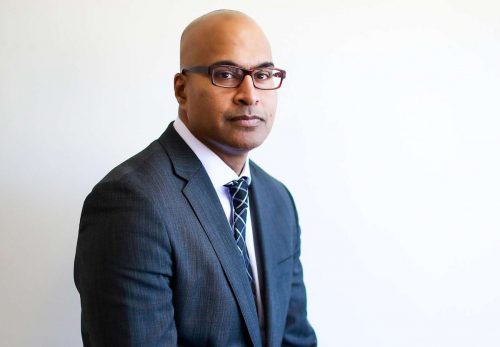 In public comment, the SF PD Office said “those directly impacted by the ongoing trial delays and indefinite pre-trial detention sent a strong message to the most powerful judicial organization in California.”

Added Raju, “It is shameful and inexcusable that San Francisco stands alone in refusing to honor Constitutional speedy trial rights of hundreds of community members. While other counties cleared their backlogs, San Francisco’s has grown by more than half since it ‘fully reopened’ back in June 2021. San Francisco’s court system has failed its residents badly for months upon months, and has exacerbated the humanitarian crisis in our jails.”

The SF PD Office noted, as of the latest count, there are “770 individuals who have seen their Constitutionally-mandated trial deadlines pass, including about 180 people trapped in jail beyond their trial deadline.”

The office added, “In addition to Raju’s taxpayer lawsuit against the San Francisco Superior Court, attorneys from the SF Public Defender’s office have filed numerous habeas petitions challenging the harsh conditions of confinement in the county jails on behalf of individuals who remain caged far beyond their statutory trial deadline.

“Public defenders have also filed motions to dismiss several cases because of unacceptable delays. Many of the people in custody in San Francisco County Jails are subjected to 23-hour-a-day lockdown conditions, have had no exposure to sunlight, very limited in-person family visits, and few opportunities to attend programs.

Stephen Kloster, a public defender client and former firefighter who spent 410 days in jail, unable to care for his 87-year-old mother, and who was eventually acquitted of all felony charges, said: “As an immunocompromised person, I lived in fear that I would get seriously sick or die while I was in jail. It feels like the Court isn’t taking its responsibility to hold trials seriously, and they’re playing games with our lives.

“And it wasn’t just my life. While I was trapped in jail without a court date, no one was caring for my 87-year-old mom because I’m her only caretaker. Being in jail for over a year completely interrupted my life and endangered my family. I wouldn’t wish this on anyone,” he added.

Stephanie Irving commented about her 60-year-old partner, a public defender client, who has been in jail for seven months and caught COVID there, explaining, “When he called me and he was coughing so much, I had to hang up the phone because it was too painful. I was scared he was going to die in there. This time was supposed to be our time to be together. He should be with me, not still be in that place.”

The PD Office said Irving’s partner’s trial deadline was up in August, and he still has not had his trial.

San Francisco Supervisor Hillary Ronen also spoke, noting that a year ago she held a public hearing to address the trial backlog at the Board of Supervisors Government Audit and Oversight Committee.

“Shockingly, one year later, this crisis has not only continued, but the backlog has in fact gotten worse,” she said. “How are the San Francisco courts allowing this backlog to continue? I want to learn from many of you, judges, here from other counties, about what has been effective in alleviating these backlogs in your jurisdictions, and I want to offer whatever help I can.”

The SF Public Defender Office noted the Sixth Amendment of the U.S. Constitution guarantees the right to a speedy trial, but the San Francisco Superior Court has been “relying on the circumstances of the pandemic as an excuse to delay trials, sometimes for months and even years past their statutory deadline.”

The PD added, “California state law requires that courts prioritize criminal trials, yet San Francisco continues to hold civil trials and has not made use of all available courtrooms nor sought alternative venues to accommodate the need. A number of other counties—such as Alameda, Contra Costa, San Mateo, and Marin—have made such accommodations and cut their trial backlog significantly while San Francisco’s backlog continues to expand.”