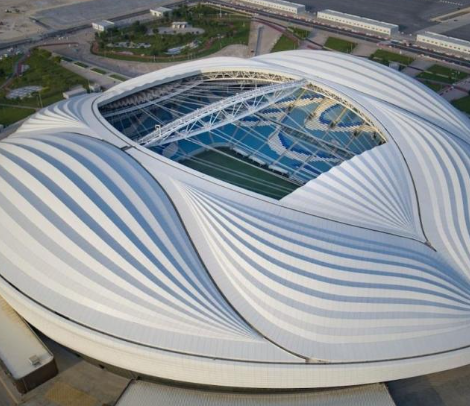 Qatar has been berated on the world stage for its recent inhumane treatment of migrant workers, the financial burden the World Cup will leave the country, and stubborn legislation that ignores many World Cup traditions. Leaders, players, and Qatari alike have pleaded with the country to improve the conditions, even calling for a cancellation of the games.

Cup rights back in 2010, even then being met with criticism from many figures of the sport. Many of these concerns were with Qatar’s ability to build a stadium to accommodate guests comfortably. Qatar is a country of small stature, only having about 2.8 million citizens — the world cup accommodated 1.5 million fans, many of those being foreigners to Qatar. Many of the country’s population consist of foreign workers participating in a common Middle-Eastern work-abroad program that has been criticized because of the inhumane care of workers.

Qatar’s government stated that they employed 30,000 non-domestic workers for the World Cup. Working conditions in Qatar have been described as grim and inhumane. The Guardian reported over 6,500 migrant worker deaths when the article was published in Feb. 2021. These death tolls have been changed and adjusted since then, some deaths being reclassified as outside-of-work accidents. The reasons officially cited have been seen as suspicious to the families of the victims — seemingly random cardiovascular issues, suicide, and out-of-workplace accidents have been listed as the cause of death of many.

Workers in Qatar spoke with Amnesty International, an organization concerned with human and labor rights amongst other issues. Workers made a list of grievances that their companies in Qatar have wholly denied; the denial promised pay, forced labor, abhorrent living conditions, among other human rights violations. One worker told Amnesty, “My life here is like a prison. The manager said, “If you want to stay in Qatar, be quiet and keep working.”

General Secretary of The International Trade Union Confederation (ITUC), Sharon Burrow, warned of the dangers a World Cup in Qatar could present as early as 2013. “More than 4000 workers risk losing their life over the next seven years as construction for World Cup facilities gets underway if no action is taken to give migrant workers’ rights.”

Another issue many Western countries held with Qatar was its laws pertaining to homosexuality, which is explicitly disallowed in the Islamic nation. Homosexuality in Qatar is punishable by fine, jail-time, or in the most extreme cases, the death penalty. The Qatar World Cup Ambassador and former player Khalid Salman made controversial statements last month wherein he claimed that homosexuality “is damage in the mind.” Salman then proceeded to explain that the homosexuality laws would go unchanged, hoping that the world would respect its religious standards.

The concerns caused by Qatar’s legislation have been addressed by many world leaders and players alike. Openly-gay Australian Josh Cavallo told CNN Sports “To see that we’re heading to a country that’s criminalizing people like myself … It’s quite concerning.”

The Qatar government claims it has a no tolerance to any sort of discrimination during the World Cup. In a statement to the Associated Press, Qatar asserted that “The World Cup can help change misconceptions, and we want fans to travel home with a better understanding of our country, culture and region. We believe this tournament … can show that people of different nationalities, religions and backgrounds in fact have more in common than they think.”

Because of its Islamic-based government the World Cup fans had to acclimate to some of the cultural norms of Qatar. The most prevalent of these changes has been the ban of alcoholic beverages during the game. This caused additional distaste from fans who sought to fully celebrate the World Cup as they normally would.

FIFA President Fianno Infantino held a press conference the day prior to the first group-stage games addressing the criticisms that the organization and country had received. Infantino claims that Western countries have been “hypocritical” when choosing to criticize the Qatari government for their legislation and handling of the World Cup.

When regarding the issues of migrant workers, Infantino claimed that “for what we Europeans have been doing around the world for the last 3,000 years, we should be apologizing for the next 3,000 years, before starting to give moral lessons,” which many fans felt was a dismissive comment.

“Today I feel Qatari. I feel Arab. I feel African. I feel gay. I feel disabled. I feel a migrant worker.” Infantino said at the conference. Many countries, including the U.S.,  have looked into the process of Qatar winning the 2010 World Cup bid, alleging that there may have been bribing involved.

The families of some workers have made claims that they will be moving with legal action against Qatar.  There has been no word of any serious issues pertaining to workers since the games began.

Infantino claimed “I feel 200 percent in control of this World Cup.”

Christopher Buchanan is a second-year English student attending the University of California. Amidst the pursuit of a technical writing career, Christopher finds himself writing and listening to music constantly.