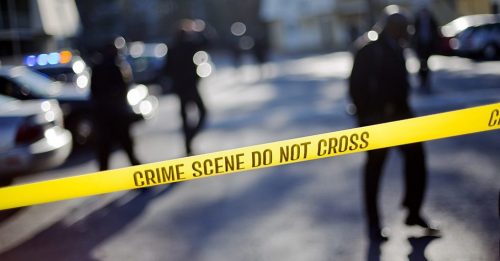 HALF MOON BAY, CA – San Mateo officials confirmed late Monday the shooter in a mass shooting here at 12700 Mateo Road in San Mateo County – seven dead and one injured – is in custody.

They added four of the victims were found with gunshot wounds in one location. A fifth victim who also suffered gunshot wounds was rushed to the Stanford Medical Centering in critical condition.

Sheriff Corpus said, “The surviving victim is out of surgery and stable.” She added the victims were “a mixture of Hispanic and Asian descent,” adding, “This is a devastating tragedy for this community and the many families touched by this unspeakable act of violence.”

The suspect was identified as Chunli Zhao, a 66-year-old resident of Half Moon Bay. He was taken into custody at 4:40 p.m. from his vehicle that was located in the Half Moon Bay Police Bureau Substation. A semi-automatic handgun was found in Zhao’s vehicle, said authorities.

Zhao, said law enforcement, is the only suspect in the incident and is no longer considered a further threat to the community.

He was booked into the San Mateo County Maguire Correctional Facility on seven counts of first degree murder and one count of first degree attempted murder. These counts include an enhancement of using a firearm in the crimes he committed.

“The only known connection between the victims and the suspect is that they may have been coworkers,” said Sheriff Corpus.

The sheriff said Zhao had no previous criminal record in San Mateo County, arguing there were no preceding factors that law enforcement could have used to know Zhao would have carried out this act.

Sheriff Christina Corpus added, “The coroner’s office is still working on identification of the victims and notifications of next of kin as some of these members were part of our migrant community.”

Perla Brito is a 4th year undergraduate student at California State University, Long Beach. She is majoring in Criminology and Criminal Justice and is set to graduate by Spring 2023. After graduation she plans on working at a local police department in the criminal investigations division. She intends to pursue a Masters in Psychology with a focus in Neuroscience in hopes of working on neurocriminology research one day.