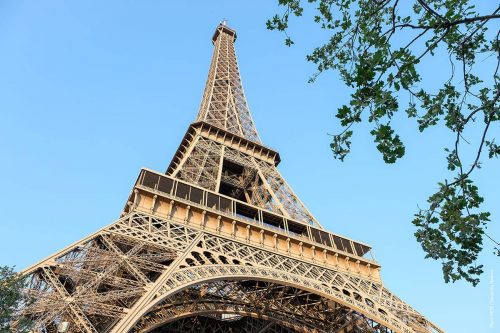 PARIS —While I made many memories during my study abroad trip, I will never forget the record-breaking heatwave that hit most of Europe.

This past July, I had the amazing opportunity to study abroad in Paris, France, for a month. However, my experience during the heatwave was memorable in the wrong ways: I became severely dehydrated, fatigued and lost an appetite for the amazing food I was excited to experience. Some of my peers displayed similar symptoms of dehydration, with a few requiring medical attention.

France, in particular, had more than two dozen weather stations record their highest temperatures ever at the end of July. My trip made me reconsider traveling abroad during the summer again or at least encouraged me to be more selective of where I visit during warmer seasons. Due to recent trends of rising global temperatures, study abroad programs will likely become affected with students less likely to travel during the summer months.

Current weather trends predict that future heat waves will consume most of Europe in the coming years, with each wave being longer, more frequent, and more intense. Therefore, the most popular travel destinations in Europe such as Barcelona and Madrid will also not be able to escape the heat.

My experience during the Europe heatwave is one of the countless examples of weather-related anomalies that are products of climate change. For instance, Hurricane Ian, which made landfall in late September, was ten percent wetter than it should have been in a world with no human-caused climate change, according to recent studies.

Climate change has not only disturbed my travel ventures but has left serious devastation in impacted areas. Hurricane Ian caused 3.4 million power outages to occur in the U.S, impacting the entire country as businesses recover from the hurricane’s aftermath. From the effects of weather conditions heightened by climate change, travel becomes more difficult for everyone, including students.

Despite the challenges students will face when choosing to study abroad, there are ways to overcome the effects of climate change, more specifically the unbearable heat. Studying abroad in an area in or near a beach climate may serve as a better option for students especially affected by heat, as a cool ocean breeze may relieve any influx of heat. Instead of remaining primarily in Paris, traveling to Marseille provided temporary relief from high temperatures.

Further, access to air conditioning may improve depending on the different geographical locations of France. According to travel writer Rick Stevens, a city like Madrid may be more comfortable than Paris or London because air conditioning is more accessible.

While global warming will continue to develop over the years, students should not be discouraged from enrolling in study abroad programs because of preventative measures to avoid heat. I will never forget my study abroad experience, the good and bad, but will adjust future travel plans to expected weather changes.

Share:
Tags:Climate ChangeHeat WaveParis Agreementtravel abroad
Previous : World in an Unstable State with Unfulfilled Pledges Leading to Climate Crisis
Next : Increase in Humanities Majors at UC Berkeley Opens Conversation for the Value of a Humanities Education

Julia Bohan is a senior Political Science major at UCLA from Bakersfield, CA. She hopes to pursue a career in law, journalism, or public policy after graduation.