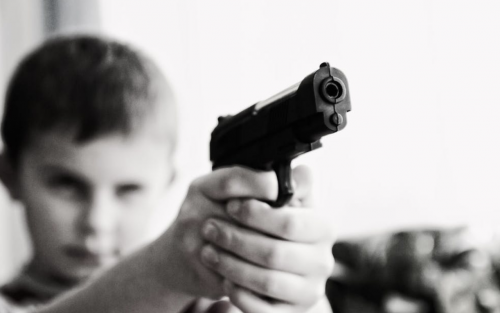 Should a six-year-old be punished for shooting someone? This question has been brought up after an incident last Friday in an elementary school in Newport News, Virginia when a six-year-old boy fired a handgun at his teacher while she was teaching.

According to authorities, the handgun had been legally purchased by his mother and the boy was able to get in possession of the handgun at home. How he obtained it is still unknown.

Furthermore, the authorities state that this was not an accident. Rather, it seems intentional because the child deliberately brought the firearm to school and fired at his teacher. The teacher, Abigail Zwerner, was wounded but is currently in stable condition.

While school shootings are not a rare occurrence in America, the shooter being this young is.  Authorities are now tasked with the difficult question of whether the child should be prosecuted for the crime or not.

As I ponder the question, I initially find myself unable to come up with a firm answer.

I am unable to turn a blind eye solely because it was a child that committed this crime, nor because no one lost their life. This could have easily turned into a larger catastrophe.

On the other hand, I cannot envision a six-year-old having the mental capacity to develop malicious intent toward anyone. This part of me wants to believe that the child did this out of curiosity. After all, humans are driven by curiosity and children especially are unable to restrain their enthusiasm to see or do something.

However, a child developing an interest in guns or developing a desire to injure or kill seems inconceivable. I find myself going back and forth over this dilemma.

Ultimately, I find myself heading down the route of shifting the blame toward the parents. While not all the details on how the boy obtained the handgun at home are known yet, I imagine the firearm must have not been well-protected for it to fall into the child’s hands.

Authorities state the mother could be charged with the crime. In Virginia, a person can be guilty of a misdemeanor for keeping a loaded, unsecured firearm in a manner that could wound a child less than 14 years old.

Allison Anderman, the senior counsel and director of local policy at Giffords Law Center to Prevent Gun Violence, told NPR how “allowing the minor to access that gun, leaving it unsecured, certainly could have endangered the life or limb of that child himself.” She adds, “So I do think that this law could be used to hold accountable the adults.”

The blame falls on the parents for their irresponsibility. The firearm’s security (or lack thereof) is currently unknown, but the parents played a critical role in letting this situation unfold.

Currently, no charges have been pressed against the parents due to ongoing investigations by detectives. Once done, that information will be used to conclude if charges should be reported against the mother.

Meanwhile, the child is undergoing treatment at a medical facility, waiting for a judge to issue the next steps.

3 thoughts on “Student Opinion: Should a 6-Year-Old Shooter Be Charged for Their Crime?”