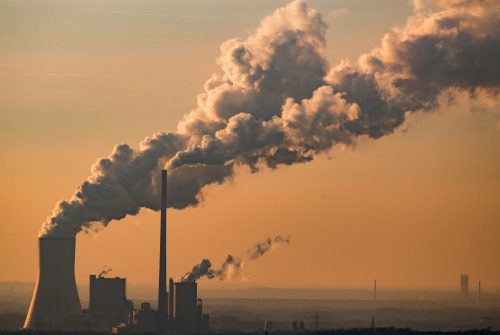 LOS ANGELES — In the 2022 Emissions Gap Report, released October 27, the United Nations (UN) reported that current climate pledges are “falling far short of” where they need to be to keep global warming within the 1.5°C goal. Rising global tree cover loss, record-breaking carbon dioxide levels of 418 parts per million, increased cases of the dengue virus, and concerningly high frequencies of extreme heat events are just some of the vital signs of the current climate crisis.

With the annual United Nations Climate Conference of Parties — commonly known as COP27 — just days away, increased awareness has been pointed toward the importance of limiting global warming to “no more than 1.5℃ above pre-industrial levels.” COP27, to be held in Sharm el-Sheikh, Egypt starting November 26th of this year, is predicted to be one of the most challenging conferences yet — the conference may be a crucial opportunity for global climate ambitions to be implemented into action.

Government analysts warn of 15 climate-related threats to U.S. interests that “originate abroad but have a medium or high likelihood of threatening the country by 2040.” Experts warn of a global rise of 3 °C by 2100, a high that the planet has not reached in nearly three million years. Global emissions will need to be reduced by 45 percent by 2030 in order to keep warming in check, according to top climate scientists.

Activists from Greenpeace and Fuel Poverty Action occupied the Houses of Parliament to draw attention to the “seven million households facing fuel poverty.” In Paris, the New Ecologic and Social People’s Union (NUPES) marched against “the high cost of living and climate inaction.”

For the past three decades, the justice framing has surrounded wealthy countries paying for the damage that they have caused in the Global South.

This moral case has systematically been at the center of international climate discussions. The industrial and high-carbon lifestyle of the Global North is responsible for “79% of historic emissions,” yet the effects, such as severe flooding, are being felt disproportionally in the Global South.

In recent years, a new framing is gaining prevalence: an appeal to self-interest. Climate plans proposed since COP26 have made “virtually no impact on global emissions projections.” It is disappointing that only a small handful of countries have substantially revisited and reinforced their statements despite all countries making promises to do so at last year’s climate summit in Glasgow.

The challenge now is to increase our efforts and embrace the reality of our climate — not only among policymakers and politicians but among the citizens that put them in power.

According to Climate Action Tracker, the policies that countries already enacted to reduce emissions would only cut global warming to around 2.7°C — still much greater than the ‘well below 2°C’ that was agreed to in the Paris Agreement.

The Global North only provided $80 million towards the Global South in 2020 despite their longtime promise to supply $100 billion in climate finance and adaptation. Across multiple sectors, developed nations are falling short of fulfilling their agreements and pledges.

There is some silver lining to the situation — the Inflation Reduction Act, signed into law by Biden in August, will devote $369 billion in tax credits, investments and other funding toward climate efforts. The IRA will hopefully create impactful incentives that lower global prices for renewable energy.

The International Energy Agency predicts that the global demand for every type of fossil fuel will peak or plateau by the middle of the next decade. Spiraling energy costs, stemming from COVID-19 pandemic restrictions lifting and halts in supply chains due to the war in Ukraine, could speed up the move toward cleaner renewable energy.

The tragic war in Ukraine has “come at a dreadful human cost […] but has forced an effort to accelerate renewable energy and a secured energy system due to a disruption to Europe’s energy dependence on Russia.”

Whereas the previous focus of the climate summit was mitigation, a high priority for this year is turning pledges into feasible plans for implementation. At COP27, the concerns and needs of the developing world will be put at center stage, with shifts focusing on delivering climate finance pledges for developing countries.

There will also be a strong emphasis on “loss and damage”, referring to the “compensation for economic losses due to climate catastrophes.” Funds must be allocated towards the unavoidable damage from climate change, including industry, economic output, and physical infrastructure. Finance and adaption will be the center of internationally discussed topics during COP27.

Another objective of the COP27 summit will be to regain trust between the parties and build confidence in the Global North to fulfill their promises. An “urgent system-wide transformation” in which our governments are pushed to set climate targets high on the agenda and thoroughly deliver is imperative to avoid climate disaster. Although it may be too late to avoid all consequences of a century of unchecked emissions, the impacts can potentially be reduced through funding adaptation measures and paying towards the rebuilding of communities to curtail the global economic impact of disasters.

COP27, taking place over the span of the next few days, will hopefully be an opportunity and driving force for governments, civil society, and capital to join forces toward a common goal — a climate crisis that we will all ultimately pay for.

Ellie is a first year English major at UCLA. She is originally from Los Angeles, California. Ellie is passionate about helping others and aspires to pursue a career in pediatrics.