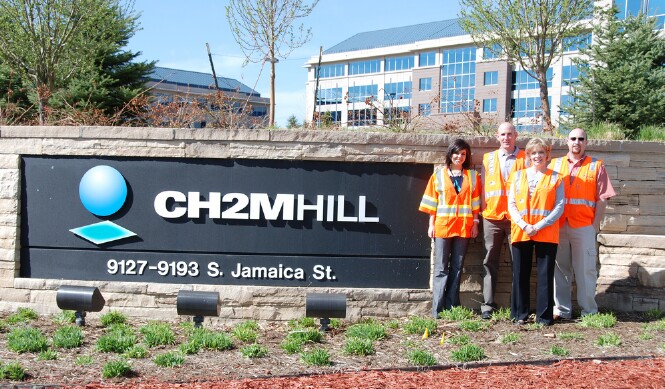 Following the announcement last week that CH2M Hill is the sole water contract bidder remaining in the DBO process, a light of scrutiny naturally begins to shine on the company.

Not missing the opportunity, Davis Enterprise columnist Bob Dunning writes in his Wednesday column, “So, it turns out the sole remaining bidder for the Woodland-Davis water contract and our hard-earned dollars that come with it is a Colorado-based outfit named CH2M Hill that recently admitted to its role in defrauding the federal government at the former nuclear weapons complex in Hanford, Washington.”

“Given the disturbing facts of CH2M Hill’s conspiratorial role in this case, it looks as if we may all be in for an interesting and wild ride when the firm soon begins to set up shop in Yolo County,” Mr. Dunning writes.

As it turns out, the Department of Justice sent out a press release on March 7 indicating that the company admits to criminal conduct and agrees to pay $18.5 million to resolve civil and criminal allegations.

So, it turns out that none of the final three companies, only one of which remains in the process, is completely clean.

CHG and its parent company CH2M Hill admitted to having “committed federal criminal violations, defrauding the public by engaging in years of widespread time card fraud.  In order to resolve CHG’s civil and criminal liability, CH2M Hill has agreed to pay a total of $18.5 million, commit an additional $500,000 towards accountability systems, consent to a corporate monitor, and to continue actively cooperating with the ongoing fraud investigation .”

According to their report, between 1999 and 2008, CH2M Hill had a Department of Energy contract to manage and clean 177 large underground storage tanks containing mixed radioactive and hazardous waste at the Department of Energy’s Hanford Nuclear Site in southeastern Washington (the Tank Farms Contract).

The Hanford site was apparently used for the production of nuclear weapons during World War II and the Cold War.

According to the statement of facts agreed to by the United States and CH2M Hill, “CHG hourly employees involved in the cleanup routinely overstated the number of hours they worked, and CHG management condoned the practice and submitted inflated claims to the Department of Energy that included the fraudulently claimed hours. “

The press release continues: specifically, CH2M Hill and the United States agreed that CHG’s hourly workers “consistently refuse[d] to perform any overtime work unless that overtime was offered, or ‘called out,’ in 8 hour blocks.”

As stated in the agreed statement of facts, “[t]he inability of CHG’s upper management to secure the necessary overtime volunteers for various jobs threatened CHG’s ability to complete various projects linked to the Tank Farms Contract performance incentives.  This in turn threatened CHG’s ability to earn certain fees, and therefore profits under the Tank Farms Contract.”

According to the agreed statement of facts, the inability to obtain performance based incentives would have directly impacted the personal corporate bonuses of certain members of CHG’s upper management.

Consequently, “[c]ertain members of CHG’s upper management, certain direct supervisors of the hourly workers, and certain other supervisory personnel, accepted the practice of hourly workers only working until the particular overtime job was completed, leaving Hanford, and falsely claiming a full 8 hours even when the job took less than 8 hours,” according to the agreed statement of facts.

The DOJ writes, “Unfortunately, the widespread time card fraud at CHG was not limited to overtime abuse and had occurred for many years, in some instances even pre-dating the Tank Farms Contact.”

The agreed statement of facts provides that, “[c]ertain members of CHG’s upper management, certain direct supervisors of hourly employees, and other certain supervisory personnel, did not discipline, formally or informally, CHG hourly workers for routinely engaging in known time card fraud.   In fact, certain of CHG’s direct supervisors of hourly workers engaged in patterns designed to avoid the detection of the routine time card fraud by law enforcement and internal auditors.”

In this manner, as CH2M Hill agrees, CHG “knowingly, willfully, and with intent to defraud, facilitated CHG’s hourly workers routinely getting paid for hours they did not work and combined, conspired, and agreed with CHG hourly workers to accomplish the same, all at the sole expense of the citizens of the United States.”

“Contractors owe a duty to the taxpayers to accurately bill the United States for work performed,” said Stuart F. Delery, Principal Deputy Assistant Attorney General for the Civil Division of the Department of Justice.  “This settlement demonstrates that the Department of Justice, working together with its law enforcement partners, will hold contractors accountable for false billing and restore wrongfully taken funds to the Treasury.”

“This sort of systemic fraud is an appalling abuse of the trust we place in our contractors at Hanford and it simply will not be tolerated,” said Michal C. Ormsby, U.S. Attorney for the Eastern District of Washington.  “However, we are pleased that CH2M Hill has stepped up and admitted to the criminal conduct of its subsidiary and has agreed to pay back a good faith estimate of what was taken, including criminal proceeds from the conspiracy.”

U.S. Attorney Ormsby went on to outline that, pursuant to the global agreement, “CH2M Hill has also agreed to take substantial remedial steps going forward including having its remaining subsidiary at the Hanford Site, CH2M Hill Plateau Remediation Company, consent to a corporate monitor for 3 years, and to commit an additional $500,000 towards making sure something like this does not happen again.”

U.S. Attorney Ormsby also noted that, “under this global resolution, CH2M Hill will continue its commendable cooperation and help ensure that all individuals who participated in this conspiracy and profited from it will be brought to justice as well.”

“I am pleased with today’s announcement.  I would like to express my thanks to the entire team – including Inspector General Special Agents, the United States Attorney’s Office, the Department of Justice Civil Frauds Division and the FBI for their efforts on this investigation,” said Gregory H. Friedman, the Department of Energy Inspector General. “It is essential that Department of Energy contractors be held accountable for effective stewardship of U.S. taxpayer dollars.”

In Bob Dunning’s opinion, “To be sure, CH2M Hill is not responsible for all the problems at Hanford, but it is responsible for the fraud it has now admitted as the parent company of CH2M Hill Hanford Group (CHG).”

Mr. Dunning notes, “To be clear, we’re not talking about a corporate misstep in the distant past. No, we’re talking about an admission of guilt just several months ago from CH2M Hill that ended up costing the company $18.5 million in a settlement with the U.S. government.”

He is not completely accurate here.  It is true that the settlement was reached a few months ago, but the reality is that the conduct alleged goes back to 2008.

The most important question here is whether this is a pattern of behavior, or something specific to the Hanford operations.