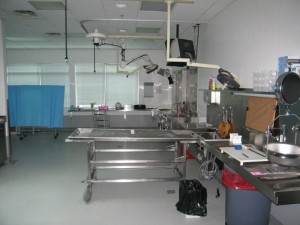 Overall good report, but concern about a contract with Forensic Medical Group for performing autopsies in Yolo County – The 2013-14 Yolo County Grand Jury has released its third report of the term, in which it reviewed the operation and management of the Coroner’s Division of the Yolo County Sheriff’s Department.

The Grand Jury praised the Coroner’s Division for providing a highly efficient level of service to the public and for working collaboratively with other organizations and local law enforcement agencies.

In February 2011, California Watch, from the Center for Investigative Reporting calls into question some autopsies that may have been performed for Yolo County by forensic pathologist Dr. Thomas Gill, whose qualifications were called into question by the project’s investigative report.

According to their report, Dr. Thomas Gill had “been forced out of a teaching position at an Oregon university, and then fired for inaccurate findings and alcohol abuse by the coroner in Indianapolis.”  Moreover, he had been “demoted for poor performance as a fellow for the Los Angeles County Coroner, [and] he resurfaced at a private autopsy company in Northern California.”

He was hired by Forensic Medical Group, based in Fairfield.  According to that report, “The private forensics firm has held contracts with 16 Northern California counties to perform autopsies for local agencies. Besides Sonoma County, Gill has conducted death investigations or testified in court cases in Contra Costa, Solano, Marin, Napa, Sutter, Lake and Humboldt counties as a doctor for Forensic Medical Group.”

The report found, “He had done more than 800 autopsies during a three-year period in Yolo, Napa and Solano counties alone.”

When Yolo County Sheriff-Coroner’s officials “learned of the doctor’s history from reporters and barred him from performing its autopsies,” that forced the Forensic Medical Group to cut its ties with Dr. Gill.

California Watch reports, “In a written response to questions, Forensic Medical Group said that after Yolo County’s decision, it no longer had enough cases to justify employing Gill.”

While Yolo County drew praise for the quick decision to cut ties with Dr. Gill and subsequent reviews found no troubling autopsies, the Grand Jury found that the Yolo County sole source contract with Forensic Medical Group lacked clear compliance measures that could be used to monitor the contract as required by Yolo County Contracting and Purchasing Policies.

Further, the Grand Jury learned that, although the Yolo County Board of Supervisors had been told that the Forensic Medical Group physicians were board certified in forensic pathology when it approved a two-year extension on the contract, in fact, the contract does not require, and the county has not verified, whether any of the Forensic Medical Group physicians are licensed or board certified.

Sheriff Ed Prieto appeared on Frontline back in 2011 in their exposé on death investigations. Sheriff Prieto was asked by Frontline if they do background checks on the forensic pathologists.

“We do a background investigation to make sure, for criminal activity,” the sheriff responded, “We make sure their qualifications are valid.”

However, when Frontline mentioned that Dr. Gill “has serious problems around the United States,” the sheriff appeared caught completely off guard and responded, “Oh really?”

As Frontline went into Dr. Gill’s history and the problems in Sonoma County that warranted a bar association investigation and condemnation, the sheriff responded, “I did not know that.  I think you alerted me to something –again  I always depend on the experts and sometimes the experts don’t always give you the right information.  So I think this really has alerted me to look into this a little bit further.”

The sheriff acted quickly on that information. Frontline reported that following that interview, Sheriff Prieto requested that FMG no longer send Dr. Gill to Yolo County.

Then Chief Deputy Coroner Robert LaBrash told the Vanguard in 2011, “Once the Sheriff learned about [Dr. Gill through the Frontline Interview], we then acted accordingly which meant severing our involvement with Dr. Gill at that time.”

However, Mr. LaBrash who no longer is the Chief Deputy Coroner, told the Vanguard, “We are still involved with FMG (Forensic Medical Group) through a contract and I’m very confident in FMG in terms of what they’ve done for us.”

For any death that requires an autopsy, the county contracts FMG to perform the autopsy and report back on the findings.

The coroner’s office would then review the autopsy and there are a number of layers of oversight in the process.

As the California Report notes, “The California State Bar investigated the handling of the Pelfini case and suspended the prosecutor from practicing law for four years for his role in suppressing evidence about Gill’s coaching sessions. The bar report devoted several pages to Gill’s errors.” The prosecutor had recognized there were problems with the autopsy, and had acted to coach Dr. Gill on how to explain them.

“Unfortunately,” it concluded, “Dr. Gill was not a competent pathologist.”

While Yolo County Chief Deputy Coroner Robert LaBrash could not directly comment on that case, however, he did say at the time, “We were aware that Dr. Gill had some problem in a test find, that this was not his strongest suit.  So that much we were aware of.”

But three years later the Grand Jury is troubled by the nature of the contract.

In their conclusions they find, “The Agreement for Provision of Forensic Pathology Services No. 13-115, recently approved by the Board of Supervisors, does not set forth clear compliance measures that can be used to monitor the FMG sole source contract as required by Yolo County Contracting and Purchasing Policies. For example, the requirements that autopsies be performed ‘as soon as possible’ and that forensic pathology services be performed ‘in a manner satisfactory to the Sheriff or his designee’ are too vague to be enforceable.”

They continue, “Recently the performance of FMG has been inconsistent in the timely completion of autopsies and autopsy reports. There is an unacceptable backlog in autopsy reports from FMG.”

In some instances, the Grand Jury Found, “The Coroner’s Division has authorized payment to FMG for autopsy services which, according to the contract, include both autopsy and report, before the autopsy report has been received.”

Finally, they write, “Yolo County does not require as part of its contract with FMG, nor does it independently verify, the medical licensing or board certification of FMG physicians who perform autopsies in Yolo County.”

The Grand Jury does not, however, recommend termination of the contract. Rather, they find that the agreement “should be amended to include clear measures to be used by the Coroner’s Division to monitor the FMG sole source contract and a requirement that FMG physicians who perform autopsies for Yolo County provide proof of licensing and board certification in forensic pathology or another similar specialty.”

Further, they write that the backlog of autopsy reports should be cleared and payment withheld until the reports are received.

Finally, “Because the expertise and professional competence of FMG’s physicians are central to the ability of the Coroner’s Division to perform its mandated duties, the County should require FMG physicians who perform autopsies for Yolo County to present proof of medical licensing and board certification in forensic pathology or another specialty acceptable to the County.”