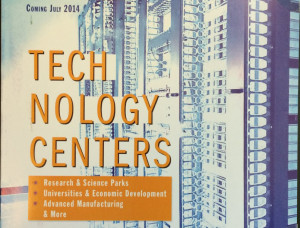 This week was an interesting dichotomy of news. On one hand, three Davis companies were highlighted in a story in the Sacramento Business Journal. On the other hand, I received an email from one of our local AgTech luminaries highlighting yet another agricultural-based investment that was made somewhere besides Davis.

On the good news side, the Sacramento Business Journal published an article titled Tech, energy funding show signs of life in local economy on Wednesday, June 18th describing investments in “local technology and energy companies.” The article by Mark Anderson describes how Sacramento region-based “companies have raised or borrowed more than $315 million so far in the second quarter this year, a sure sign that the local economy is looking up.”

He goes on to say, “for years, Sacramento’s economy has plodded along while the Bay Area has been booming in deals, fundings and investments. Clearly, the Sacramento region is finally finding its economic footing in areas outside of real estate, health care and government.”

The list of investments in his article and the date that they were announced included:

Note that Marrone Bio Innovations was mentioned for both June 18th and June 11th, Arcadia Biosciences Inc. announced an investment on May 8th and BioConsortia was announced on April 7th. Together, this amounts to just under $100 million in investments in Davis-based companies (that have been announced) in just a little more than 2 months.

The only drawback in any of this news is that the $10 million loan to Marrone Bio Innovations announced on June 18th was for an expansion of their production facility in Michigan. You can read more about that expansion in the Wall Street Journal article titled Marrone Bio Innovations Expands Michigan-Based Manufacturing Facility Through Loan Provided by Five Star Bankand posted on the WSJ website on June 17th (http://online.wsj.com/article/PR-CO-20140617-905901.html).

There are many reasons that Marrone Bio Innovations made the decision to establish its manufacturing operations in the small town of Bangor, MI with a population of about 1,885 people (the nearest large city to Bangor is Grand Rapids and is about 25 miles northeast). In a future article, I will highlight some of these reasons as I understand them, but this point is somewhat illustrative of our discussion about companies need for room to grow in Davis and the opportunities to even be in the discussion, let alone compete for these facilities.

Similarly, there was a news story sent to me in an email from an individual that runs a major AgTech institute associated with UC Davis. I won’t identify that individual because I did not ask for permission to post their name (though some of you can guess who I am referencing), but suffice it to say this individual has done a considerable amount to generate positive outcomes for Davis and the university in the AgTech sector.

The news article shared with me was from the St. Louis Business Journal and the article titled German bioscience giant moving to BRDG Park, bringing 75 jobs was posted on June 16th. The article describes that KWS sat AG, a German-based seed company had decided to move its North American research facility to the Bio-research and Development Growth Park (BRDG Park). The investment by the company is about $6 million to “create a dedicated greenhouse complex.”

The article describes that “KWS selected BRDG Park over potential locations in San Francisco, Boston and Research Park Triangle in North Carolina” and that the new facility will create about 75 new jobs.

What was more distressing about the email to me than the fact that Davis was not even considered as a potential location (but San Francisco was), was the commentary from the author of the email, which stated I “wonder how many decades our region and university still need to ‘grow up’ and graduate to ‘play with the big guys’ like RTP and the BRDG Park.”

Though tempting, I am not going to do a bunch of editorializing on the factors that caused Davis to miss out on over $15 million of new AgTech investments in facilities in the span of just a few weeks. I am sure you can all surmise what the writing on the wall is for this kind of news.

But in your ponderings, let me say these two things to help channel you energy. First, if we have no appropriate places for these opportunities to even consider, we will not be part of the discussion and will be passed over time and time again. And second, this again points to the reason that Davis needs to brand itself as an AgTech center at a local, regional, national and global scale.

Being the best team in Davis does not allow us to claim national or international champion status. We need to put our best ‘formal wear’ on and constantly tell the outside world how incredible we are as a community and how we are ready to be considered, just like RTP and BRDG do every day… and many other places across the globe. In my opinion, we proactively do this by being engaged in the regional and national dialogue, by getting our success stories out into the ether and by constantly highlighting our local companies and university that have created this incredible town we call Davis.

Thanks for considering these ideas. Your thoughts are always welcome. My email is rwhite@cityofdavis.org if you choose to email me directly.

7 thoughts on “Investments and Missed Opportunities”