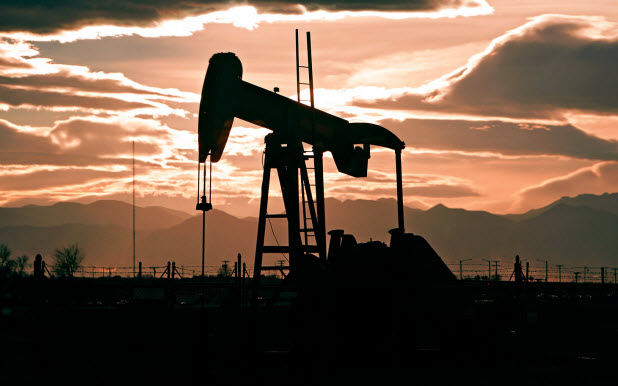 Fracking has become one of the causes célèbres in the environmental world, where activists fear the process of injecting fracking fluid deep into underground oil and gas wells, to extract the fuel, can produce a number of toxic contaminants into the water supply.

“Hydraulic fracturing, informally referred to as ‘fracking,’ is an oil and gas well development process that typically involves injecting water, sand, and chemicals under high pressure into a bedrock formation via the well,” the USGS (U.S. Geological Survey) explains on their website. “This process is intended to create new fractures in the rock as well as increase the size, extent, and connectivity of existing fractures. Hydraulic fracturing is a well-stimulation technique used commonly in low-permeability rocks like tight sandstone, shale, and some coal beds to increase oil and/or gas flow to a well from petroleum-bearing rock formations. A similar technique is used to create improved permeability in underground geothermal reservoirs.”

Indeed, activists cite research that suggests that surface, ground and drinking water has become contaminated due to fracking. In Pennsylvania, over 1,400 environmental violations have been attributed to deep gas wells utilizing fracking practices. Pollution from truck traffic, chemical contamination around storage tanks, habitat fragmentation and damage from drilling to environmentally-sensitive areas are all related to fracking, activists claim.

However, this week, the Associated Press reports that “a landmark federal study on hydraulic fracturing, or fracking, found no evidence that chemicals or brine water from the gas drilling process moved upward to contaminate drinking water at one western Pennsylvania site.”

The Department of Energy report, released Monday, represented the first time an energy company allowed independent monitoring of a drilling site during the fracking process. They allowed researchers to monitor the site for 18 months afterward. “After those months of monitoring, researchers found that the chemical-laced fluids used to free gas stayed about 5,000 feet below drinking water supplies,” the AP reported.

“The fracking process uses millions of gallons of high-pressure water mixed with sand and chemicals to break apart rocks rich in oil and gas. That has led to a national boom in production, but also to concerns about possible groundwater contamination,” they reported.

This is clearly not the last word on the subject. The AP notes, “The department monitored six wells at one site, but oil or gas drilling at other locations around the nation could show different results because of variations in geology or drilling practices. Environmentalists and regulators have also documented cases in which surface spills of chemicals or wastewater damaged drinking water supplies.”

Moreover, the long-term impact of injecting chemicals into the ground might take far longer than 18 months to become evident.

The AP quotes Maya K. van Rossum, of the Delaware Riverkeeper group, who stated that there are a range of harms from shale gas development, including “methane gas leaks, and wasteful use of fresh water and air pollution.” In her view, the Energy Department study “confirms a point that the Riverkeeper has been making: that faulty well construction is the root cause of most problems, not fracking chemicals migrating up through rocks.”

Another study published this week examined drilling sites in Pennsylvania and Texas and found that faulty well construction caused pollution, but not fracking itself.

Naturally, industry officials trumpeted the news, claiming that the study reflects “the industry’s long and clear record of continuously working to enhance regulations and best practices aimed at protecting our environment.”

However, the AP reports that the study did yield surprises. “It found that the fractures created to free oil or gas can extend as far as 1,900 feet from the base of the well. That’s much farther than the usual estimates of a few hundred feet. The Energy Department researchers believe that the long fractures may have followed existing fault lines in the Marcellus Shale or other formations above it.”

They add, “The department study also ran into problems with the manmade markers meant to track possible long-term pollution. The Energy Department said it was able to track the markers for two months after fracking, but then that method had to be abandoned when it stopped working properly.”

So, while this report does not take the practice of fracking out of the woods entirely, it may change the focus of the environmental protests from banning of fracking to better regulations and guidelines. That is, if the goal of activists is to protect the environment rather than ban a practice they seem to disagree with.

31 thoughts on “Analysis: What If Research Confirms Fracking Is Not the Danger Environmentalists Fear?”