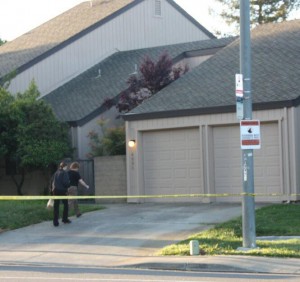 The trial of Daniel Marsh continued on September 23 as Douglas Jacobs, M.D., took the stand. The doctor was adamant that drugs and doctors could not be blamed for Daniel’s violent acts. Instead, he threw a variety of reasons at the court during the morning session.

Dr. Jacobs is a psychiatric specialist, and Associate Professor at Harvard University Medical School. In 1991, Jacobs founded the non-profit National Depression Screening Day, which was later expanded to include screening for other psychological issues. His non-profit received funding from various organizations, including a Department of Defense grant. At one point, 70-80% of the financial support came from pharmaceutical companies.

Over a period of 25 years, the doctor has testified in a number of cases as a prosecution witness, often where a defendant claimed that prescribed medications were the cause of a crime. Dr. Jacobs averages three to four court appearances per year, and 75% of his income is from giving expert testimony along with legal consultations. He was paid $15,000 to review the medical records of Daniel Marsh and testify about his findings. He did not personally speak to Daniel.

In 2004, the Food and Drug Administration asked nine pharmaceutical companies to relook at the drug trial records of anti-depressants. There had been reports coming in about suicidal behavior in patients on these medications. Dr. Jacobs testified that the black box warning emerged after this study and now all anti-depressants have it. The black box warning emphasizes the requirement for regular follow-up by a physician or psychiatrist while taking the drugs. The review of the drug trials claims the “drugs themselves don’t cause suicide or violence.” The black box warning is the same for all anti-depressants. Dr. Jacobs believes the FDA would remove the drug from the market if there existed any scientific evidence of homicidal tendencies.

Dr. Jacobs saw no evidence of malpractice in his review of the documents. Zoloft and Wellbutrin are a common drug combination. There is no scientific evidence connecting Zoloft with violence. Psychiatrists can’t predict suicidal or homicidal behavior. Some patients do not improve on the medications – sometimes they get worse.

Daniel reported taking the medications and the prescriptions were filled, but Dr. Jacobs said “we don’t know if he actually took them.” The doctor continually stressed that people with underlying mental illness can have the symptoms of aggression, violence, suicide. The symptoms may get worse but they aren’t “caused” by the drug itself. Families should be aware of the possibilities and report to a physician if there are any changes.

Dr. Jacobs talked about other causes for violence. In this case, the record shows that Daniel had no memories of affection from his parents. He had no relationship with his father and a hostile one with his mother. There were problems in his development that explain his behavior, not the drugs.

The doctor even raised the issue that some physicians believe the generic anti-depressants are not as effective as brand name ones (Daniel was taking generic).

On cross-examination, Deputy Public Defender Ron Johnson questioned Dr. Jacobs about the process of self-reporting. In psychiatry, patients are given written surveys and asked to score themselves on their moods and thoughts. Dr. Jacobs said the clinician should then observe the patient for symptoms and signs to confirm the patient’s status.

The doctor expressed that Daniel’s self-reporting was deceptive or incomplete, and he blamed Daniel for failing to raise an alarm with his clinicians, despite Johnson presenting the witness with examples to dispute that assertion – which sometimes contradicted the testimony. Johnson cited records where Daniel expressed aggressive or homicidal tendencies to his clinicians, yet Dr. Jacobs continued to assert that Daniel’s self-reporting was deficient, consistent with the observations of a previous witness, court-appointed clinical psychologist Deborah Schmidt.

Johnson asked about some of Daniel’s other medical records. Dr. Jacobs said if Daniel had been “more forthcoming with his thoughts,” the doctors could have a better indication of his condition. Later, during questioning of the doctor’s National Depression Screening Day, Dr. Jacobs told the court that “young people communicate suicidality to other young people” and not to others.

Johnson asked about the period in 2012 where Daniel went off the medications. Dr. Jacobs explained that, during that time, Daniel gave more specific details of possible violent threats which resulted in a 5150 detention (an involuntary psychiatric hold, pursuant to Health and Welfare Code section 5150).

Johnson then asked about the medical record from Daniel’s hospitalization in 2012. Dr. Jacobs testified that the discharge records were only a summary. The full record would not have been sent to Kaiser. If Daniel wasn’t forthcoming (with his thoughts), it’s not the Kaiser physician’s fault.

Dr. Jacobs agreed that Daniel’s symptoms were worsening in the spring of 2013, but that the physicians were on top of the treatment. This is evidenced by the increase in dosage. Also, the patient was aware that a crisis center was available.

Johnson asked about the baseline in the record – that Daniel had passive homicidal tendencies, as documented in December, 2012. Dr. Jacobs replied there was no identification of a specific victim. Johnson asked the doctor, “Were there worsening signs?” Jacobs answered, “To a degree, yes,” but clinicians can only use what they are told.

There were further questions about the black box warning. Dr. Jacobs said the warning is to inform the parents what could be in the list of side effects. The black box warning was added after 2004, as noted above. After more discussion, Dr. Jacobs said side effects come from the clinical trial. Violence is not one of them. Violence has been reported, it’s in the medical guide, but the medical community does not believe it. The medical guide goes to the physician. They should be aware of the possibility, but that doesn’t mean the medication caused it. The FDA would only investigate if there were enough reports of adverse effects.

Johnson asked how you build a study to know if people kill each other on while on a medication. Dr. Jacobs said the FDA would have to think it was important and they would do something.

Dr. Jacobs was asked to list symptoms & characteristics of depression. The last one was homicidal tendencies in 10-13% of the people. He said it is understood in the field that these occur and “adverse reports are different from reports of adverse effects.”

What do doctors do when they see signs of worsening? Prescribe more medications, was the doctor’s response.

Johnson mentioned that Dr. Bynum testified he reduced a medication when Daniel came out of the hospital in 2012. Dr. Jacobs said, “Yes, one approach could be to decrease the medications.” He was asked how one would know. “Use clinical judgment and experience with patients.” There’s “no cookbook to follow.”

The doctor spends 45% of his time and earns 75% of his income on court cases, primarily in medical malpractice defending doctors.

Johnson then raised the issue that Dr. Jacobs was paid by a drug company, Roche, about $30,000 to $40,000 in 1998. He also testified at a Congressional Hearing in 2000 for Roche, about a relationship between the drug Accutane and suicidal tendencies. Afterwards, the FDA issued a black box warning for Accutane. Dr. Jacobs also worked on two other cases of wrongful death for Roche.

Eli Lilly and Company was one of the contributors to his non-profit. Lilly makes Prozac. Up to 200,000 people were screened by the program. 60% of those would have possibly seen a physician, so Lilly stood to gain 120,000 patients.

Dr. Jacobs said there isn’t a lower dosage of Wellbutrin for a 15-year-old. It would be the same as for an adult.

Johnson raised the issue of the medical guide again. It mentions anger, violence and aggression. The doctor treating Daniel “made a clinical judgment.” Daniel was asked about these symptoms and said he had none. Daniel did tell the therapist, but he wasn’t explicit.

Trials of drugs are usually 16 weeks. There are no trials for combinations of drugs. The only evidence is from case reports. The case reports are not evidence of causation unless the FDA gets a large number of them. The doctor then dismissed a case study mentioned by Johnson from a medical journal, stating that “young kids have violent thoughts” on Prozac. The doctor said there weren’t a lot of them reported.

The day ended with the brief testimony of a radiologist, Dr. Mitchell. The DA’s office requested an MRI of Daniel in May of 2014. Dr. Mitchell subsequently performed the test, and no irregularities were found. On cross-examination, Johnson asked if Dr. Mitchell had brought a copy of the MRI. The doctor and the prosecutors appeared to be surprised at the request, then a spectator produced it from a large briefcase.

Share:
Tags:Court WatchDaniel MarshHomicideNot Guilty by Reason of InsanityYolo County
Previous : Vanguard Failed to Tell the Full Story About Where Voters Get Information on City Issues
Next : How DJUSD Can Create Community Partnerships

34 thoughts on “Harvard Psychiatrist Puts Blame on Patient and Family”