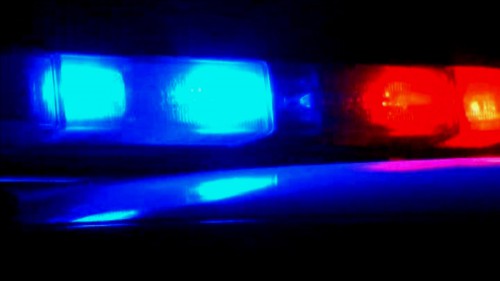 Instead of in the heart of downtown, this death occurred at La Quinta Inn & Suites, off of Richards Blvd. in South Davis. A man, now identified as 54-year-old David Shurtz, Jr. of Sacramento, died as police officers were attempting to apprehend him.

If initial reports turn out to be accurate, that Mr. Shurtz suggested that he had a gun and another occupant in his La Quinta hotel room, perhaps investigations will show that the Davis Police acted appropriately.

In addition to multiple agencies performing this investigation, Davis has its own Police Auditor, Bob Aaronson, who undoubtedly will prove vital in ensuring that investigations are conducted properly and thoroughly.

As Darren Pytel told the Vanguard, it is believed this is the first in-custody death involving the Davis Police Department.

This event figures to put the police and this community to another test. In the current climate, in-custody deaths are heavily scrutinized. I will be honest, upon learning about the death, my first question regarded the man’s race: white.

Given the long debate that we have had as a nation, it was a reasonable question. One of our readers made the comment that they were thankful the victim was white. In the backdrop of #blacklivematter, I think important questions about police tactics and use of force have been deleted from the national discussion.

Those who believe that race played no role in the deaths of people ranging from Michael Brown to Eric Garner, Tamir Rice, Walter Scott and Freddie Gray, to just name a few, are being naïve. The very notion of unconscious bias suggests that the same actions by a black person, usually a black male, are interpreted differently than those by a white person. What may otherwise seem benign becomes filtered through a completely different lens and reinterpreted at a subconscious level by the brain.

However, while I believe the issue of race and Black Lives Matter (which is still unfortunately misunderstood by many) is a vitally important conversation, too much of police tactics and use of force have gotten lost in the mix.

The police made it a point to note in their release, “Several of the officers are trained in crisis intervention and negotiations – all attempts at de-escalating the situation and to establish reasonable communication failed.”

A year ago, Lt. Tom Waltz talked to the Vanguard, saying that there was a $2.1 million grant for Turning Point Community Programs to provide community-based crisis response services to Yolo County residents coming into contact with law enforcement while experiencing a psychiatric crisis for the period July 1, 2014 through June 30, 2017.

Would such a program have helped a situation like this?

Some people wondered if the police had a better option, to wait out the individual. However, the possibility of a gun and another person present likely ruled out that approach. We know that, in general, the Davis Police have moved away from dynamic entries such as these and toward a more methodical approach.

Following this past spring’s murder-suicide, Darren Pytel told the Vanguard he believes that time is on the side of the police and the longer they can wait, the more likely they can deescalate the situation. They operate in a “slow kind of deliberate way.”

A dynamic entry would end the potential standoff very quickly but, at the same time, greatly increase the chance of a confrontation and therefore the opportunity that the subject could provoke a confrontation that would force the police to kill him. That is what they wanted to avoid.

But in a situation like this one, they probably cannot avoid making a dynamic entry.

We still do not know exactly why the man died, despite having medical personnel on hand to administer immediate aid once they had the man under control.

On a more local level, it is interesting the development of events. Last fall we had a long debate over the need for an MRAP (mine-resistant ambush protected vehicle). This spring we had a situation where the police actually used not one but two MRAPs when dealing with what turned out to be a murder-suicide.

Four weeks ago, we had a stabbing murder in downtown Davis, which has turned the month into a discussion of the Davis Downtown. On Tuesday, the city council approved an exemption for Blondies, but probably more importantly, they laid out critical changes for the downtown scene – including wanding, enhanced security, and changes to how alcohol is served.

No sooner do we move forward on these reforms aimed at the downtown, but the type of incident that seems more typical for Davis emerges.

At the risk of speculation, the death of Mr. Shurtz seems more in line with what happened back in March with Joseph Hein. A distraught individual, not in the downtown core, ends up in a fatality. While this event was not a murder – it does illustrate that as much attention as we focused on the downtown core and the possible infusion of gangs into Davis, issues like mental health and distraught individuals still appear the more likely threat to this community.

I have little doubt that the police will internally review their actions in hopes of figuring out what went wrong and how to better manage a situation such as this in the future. It may be that there was no way around this conclusion – and if that’s the case, we need to know that too.

60 thoughts on “My View II: Death-In-Custody Incident Puts Us to Another Test”