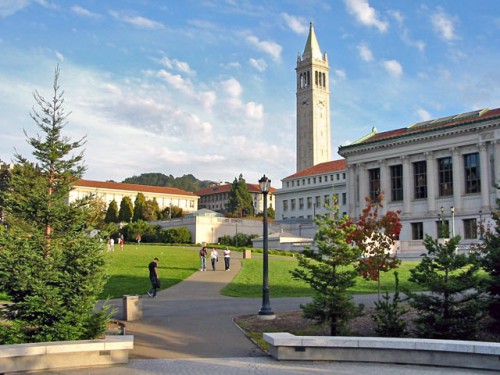 The UC Board of Regents threaded the needle on Wednesday, passing a policy that was able to state that anti-Semitism had no place on college campuses but stopped short of the controversial policy that would have issued a broader condemnation of anti-Zionism as a form of anti-Semitism.

The UC Regents called the mission of the university “to promote discovery and create and disseminate knowledge, to expand opportunities for all, and to educate a civil populace and the next generation of leaders. The University therefore strives to foster an environment in which all are included, all are given an equal opportunity to learn and explore, in which differences as well as commonalities are celebrated, and in which dissenting viewpoints are not only tolerated but encouraged.”

It adds, “Acts of hatred and other intolerant conduct, as well as acts of discrimination that demean our differences, are antithetical to the values of the University and serve to undermine its purpose.”

One of the groups pushing for inclusion of a clause to specifically condemn anti-Semitism, StandWithUs, applauded the UC Regents’ move.

They said in a statement on Wednesday, “StandWithUs applauds the University of California (UC) Board of Regents for voting unanimously to adopt a new and much improved version of their ‘Principles Against Intolerance,’ originally proposed in September, 2015. The new version shows that the Regents are truly committed to addressing anti-Semitism, as well as other forms of bigotry within the UC system.”

The Regents passed an amendment to the Final Report, stating, “Anti-Semitism, Anti-Semitic forms of Anti-Zionism, and other forms of discrimination have no place at the University of California.”

StandWithUs said, “While this is less unequivocal than the previous language, it is a major step forward in educating the UC community about the nuanced forms of anti-Semitism Jewish students face today.”

The document also covers disruptions of speakers, vandalism, discrimination within student government, and other forms of bigotry that Jewish students and others have unfortunately confronted in recent years.

StandWithUs CEO Roz Rothstein said that “denying Israel’s right to exist and opposing the rights of the Jewish people to self-determination in their homeland is racism, pure and simple. I commend the Regents for hearing the voices of Jewish students and recognizing that anti-Semitism manifests itself in relation to Israel far too often within the UC system.”

“As someone who graduated from a UC school, I’m incredibly proud of UC students who stood up for their rights and their community,” said Max Samarov, StandWithUs Director of Research & Campus Strategy. “It is not always easy to balance protecting Jews and other minority groups from racism with upholding the 1st Amendment and academic freedom, but I believe the Regents were able to do that successfully.”

The group said, “This victory against bigotry represents a major defeat for anti-Israel lobbying groups, which engaged in cynical attempts to stifle grassroots activism by Jewish students. These groups focused their arguments on protecting free speech and academic freedom, despite the fact that they routinely act in direct opposition to these critical values. They have violated free speech by shouting down speakers they disagree with and undermined academic freedom by pushing for academic boycotts against Israelis.This strongly suggests that what these groups are really seeking to protect are not any universal values, but rather their narrow political interests.”

Noa Raman, Pacific Northwest Campus Coordinator at StandWithUs spoke before the Regents, stating, “Working with UC students on a day-to-day basis I know first hand the impact and pervasiveness of anti-Israelism and anti-Semitism within the UC system. “

He added, “From swastikas being keyed on cars and spray-painted on Jewish fraternities, to a pro-divestment student senator calling for Israel’s demise, to Jews being overtly discriminated against in student government because of their identity, to the most recent attempt to disrupt an Israeli diplomat speaking at UC Davis, it is clear that anti-Semitism and anti-Zionism are linked and have no place on UC campuses.”

Groups like the ACLU were supportive of the overall concept but concerned that the anti-Zionism language was too broad.

Alan Schlosser, Senior Counsel at the ACLU of Northern California said in a statement prior to the vote, “The actual Regents Policy is a statement of principles, including the ‘paramount’ importance of freedom of speech and academic freedom on campus and the equally important value of prohibiting discrimination and speaking out against all forms of prejudice, including anti-Semitism.”

He said, while the ACLU shares these principles, “we are very concerned with the ‘Contextual Statement’ that prefaces the Regents Policy.”

One section states that “Anti-Semitism, anti-Zionism and other forms of discrimination have no place at the University of California.”

He said, “In a statement that purports to balance free speech and the need to ban discrimination, the conflation of anti-Semitism and anti-Zionism crosses the line into an area of constitutionally protected speech. It implies that strong statements against the policies and practices of the state of Israel or other statements that could be deemed ‘anti-Zionist’ have no place on campus. But as a statement of the official policy of the Regents, this could very well chill constitutionally protected speech on this very controversial and current issue.”

He continues, “This equation of anti-Semitism and ‘anti-Zionism’ not only threatens free speech principles. It is also inconsistent with the Regents Policy itself, which does not make that linkage. In the area of free speech, clarity and specificity are essential to preserve the free flow of ideas.”

Therefore, he argued, “the Regents should make clear that they are not adopting the Contextual Statement of the Working Group as University policy. The Regents should remove references to ‘anti-Zionism’ to ensure that the policy remains focused on valid concerns with anti-Semitism and other forms of discrimination. The UC needs to make clear that speech that may be deemed ‘anti-Zionist,’ and any other political speech or speech that critiques policies of any government, is within the boundaries of acceptable discourse within the University.”

“Opposition to Zionism often is expressed in ways that are not simply statements of disagreement over politics and policy, but also assertions of prejudice and intolerance toward Jewish people and culture,” the statement says. “Anti-Semitism, anti-Semitic forms of anti-Zionism and other forms of discrimination have no place at the University of California.”

However, the revised statement also includes language that 1st Amendment principles must be paramount in guiding responses to acts of bias, including harassment, threats, assaults and vandalism. In addition to addressing Jewish students, it includes language that addresses bias directed at Muslims, African Americans, immigrant-rights supporters and the LGBT community.

Dianne Klein, UC spokeswoman, told the media that the report on intolerance was not university policy, but rather it reflected regents’ belief that tolerance and disapproval of anti-Semitism and other forms of discrimination are critical values for the university. The hope is that it would prompt more education and nuanced conversations.

“The counterbalance (to anti-Semitism) is more talk,” she said. “This is what a university is about. People should be exposed to new talk and new ideas.”