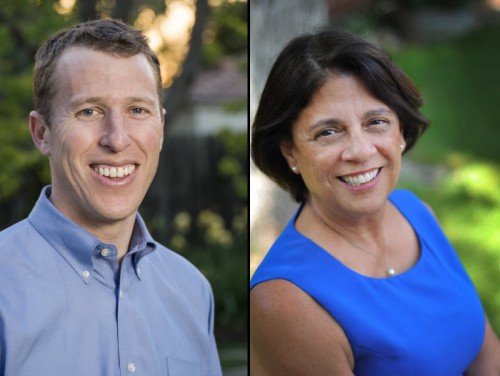 It was interesting this week that both Dan Wolk and Mariko Yamada, in separate races and not supporting each other, chose to fire back at essentially the same groups who are backing independent expenditure campaigns funding their opponents.  Analysts will say that calling out the IEs probably doesn’t have a huge impact on their effectiveness.  However, it does elevate the debate into the news.

While Assemblymember Bill Dodd has largely sat back and allowed the matter to rest more or less, Dan Wolk and Cecilia Aguiar-Curry have engaged in a more public war.  The Winters mayor is in a bit of a bind – her campaign finance numbers are flagging and that means the IE campaign is the best chance for her to get elected, but it means getting into bed with oil, PG&E, and EdVoice, among others.

One interesting factor is that Dan Wolk has chosen to confront Cecilia Aguiar-Curry – Don Saylor has not.  Charlie Shaupp, the Republican in the race, has engaged on this issue as well, albeit more in comments on the Vanguard than in other forums.  Does this reflect the reality that Dan Wolk and Cecilia Aguiar-Curry are the main competitors from the Democratic side vying for a spot on the November ballot, or is Supervisor Saylor merely attempting to stay above the fray?

The Wolk campaign came out swinging on Monday with a press release attempting to tie Ms. Aguiar-Curry’s statement, on fracking, at a League of Women Voters forum in Woodland to her support from the oil companies.

The campaign charges, “The oil companies’ expenditures for Aguiar-Curry began on May 5, the day after she said at a League of Women Voters forum in Woodland that she felt ‘the jury is still out’ on fracking. Oil companies have heavily lobbied the legislature for relaxed regulations on the practice of fracking, which many scientists believe is environmentally dangerous.”

They continue, “Davis Mayor Dan Wolk immediately criticized Aguiar-Curry’s statement about fracking at the forum and pointed out the dangers for our state and region.”

Cecilia Aguiar-Curry fired back that the comment was taken out of context.  Ms. Aguiar-Curry, in a release on Wednesday, responded, “I have said in multiple endorsement surveys and forums that I support a moratorium on fracking, as very serious issues have been raised about the effect of this practice on the environment.”

Earlier this week she responded directly to the video, “The brief, edited clip you reference above is not an accurate representation of my feelings about fracking.”

Ms. Aguiar-Curry noted that “the jury is still out” was in fact “in reference to finding more information in regard to this practice.”

She said, “As I have stated in multiple endorsement surveys, and in other forums where you were present, I support a moratorium on fracking because of serious concerns that have been raised about the impact on the environment.”

She stated that her direct quote to the Sierra Club in March was, “I believe that a moratorium on fracking would be prudent so we can study its overall impacts to our environment.”

The Wolk campaign took clear liberties here and misrepresented the statement and opinion of Ms. Aguiar-Curry.  Some environmentalists would probably like her to have gone further, but compare that to the opinion expressed by Charlie Schaupp who said that he supports fracking “when done properly… when it doesn’t cause environmental harm. It should never be done when its going to hurt the environment or water tables.”

“Big oil is trying to buy a seat in the Assembly for their chosen candidate, Cecilia Aguiar-Curry, because she has shown she will not resist their attempts to hurt our environment. I won’t stand for that,” said Dan Wolk.

This statement therefore appears to be pure hyperbole.  While big oil may well be trying to buy a seat in the Assembly, they clearly are backing someone who may well resist their attempts to hurt the environment, but whom they probably deem as more reasonable or malleable to their position than Mr. Wolk or Mr. Saylor – who was also less equivocal than Ms. Aguiar-Curry.

Mr. Wolk’s statement then included: “I have spent my career taking on special interests like big oil and I will continue to fight for our environment in the Assembly.”

At first glance this would also appear to be pure hyperbole and campaign bombastic statements.  It is hard to see Mr. Wolk, who reportedly caved at the first sign of pressure by the beverage industry, as spending his career taking on special interests.

That said, there is a little truth to this statement as well.  Dan Wolk was at Congressman Garamendi’s press conference in April 2015, pushing back against the oil trains.

“The railroad comprises the geographic and cultural heart of our community – in fact, it is the reason Davis is what it is today,” said Mayor Dan Wolk during the press conference. “That is what makes this issue – the possibility of so many tank cars filled with Bakken crude oil passing through our community each day – so concerning to us.”

By contrast, we were not able to find a public statement by Ms. Aguiar-Curry on the oil trains.  Some of that may be understandable, given that the trains will roll right through Davis, but not Winters.

Dan Wolk may have earned the dislike of PG&E when, in March 2014, he and then-Mayor Joe Krovoza kept the efforts by the city to create a Publicly Owned Utility alive, albeit briefly.  “I think we do need to keep going on this,” Dan Wolk said at the time.  “I think that the feasibility report presents a really compelling case for a POU.  It’s hard to ignore that.  I’m comfortable with that.”

“This is an issue that PG&E is fighting us on,” he said very pointedly and emphatically.  “Very publicly fighting not just Davis but us and I think it’s critical that our community for all of these reasons get very attuned to what’s happening there.”

Dan Wolk has since been a strong advocate for the Community Choice Energy initiative.

In the meantime, in Winters, one of the big accomplishments was a fast-tracked development of the PG&E training center – a $75 million gas pipeline training and safety center that figures to employ 100 to 150 people for training at any given time.

The more curious involvement in the campaign has been EdVoice.  Obviously there is animosity towards Mariko Yamada from the 2008 election, but why has EdVoice jumped into the Assembly seat race?  One possibility is that they simply see an opportunity in an open seat to convey some influence in selecting a new Assemblymember.

From that standpoint, EdVoice can see that Dan Wolk is already aligned with their adversaries and they simply want to block him from being elected.  Their only chance is to find a candidate who is not in lockstep with the educational voices that EdVoice is diametrically opposed to.

So, while that may not mean that Cecilia Aguiar-Curry has any alignment towards EdVoice, it certainly means that they see Dan Wolk as being a lost cause, from their perspective.

From this sense, Dan Wolk (or his campaign) have made a wise decision in entering the fray.  They can become the alternative who is going to take on the oil industry, PG&E and EdVoice.  Cecilia Aguiar-Curry is now a viable alternative, thanks largely to the IE efforts, as her fundraising has been poor.  Don Saylor’s strategy of staying out of the fray may not be the wisest course of action, but he may not have the backing of alternative groups to make the case anyway.

Charlie Schaupp made the argument last week that the efforts were an attempt to bump him off the top two.  That makes some sense.  A Republican is unlikely to win in the 4th Assembly District.  A Dan Wolk–Cecilia Aguiar-Curry November battle is probably the best bet by the industry backers to get a more sympathetic candidate elected.