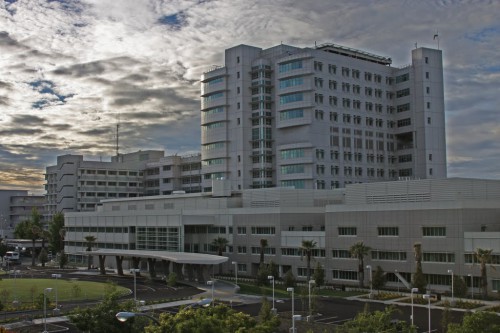 Up until now any accusations of a conflict of interest for UC Davis’ Chancellor Linda Katehi, now on administrative leave, and her work on the board of Wiley & Sons has been theoretical.  However, letters from local attorney Mary-Alice Coleman to UC President Janet Napolitano and UC General Counsel Charles Robinson may paint things in a different light.

In a May 23 letter obtained by the Vanguard, Ms. Coleman writes on behalf of Dr. Kenny Jialal, Distinguished Professor of Pathology and Laboratory Medicine and Internal Medicine, UC Davis Medical Center, that he “is challenging the validity of a UCD settlement agreement he believes was wrongfully forced upon him on February 24, 2016 in response to disciplinary action assessed by Chancellor Linda Katehi.”

Dr. Jialal was accused of plagiarism by a co-author on a research article published by Wiley & Sons, Inc.  He “was exonerated of any wrongdoing with respect to the integrity of his contributions to the article, but was later accused of retaliation against the co-author after she left UCD for another academic institution.”

But the bigger issue is this: “Dr. Jialal contends that, when Chancellor Katehi initiated disciplinary action against him in 2014, she was fully aware that she had an actual conflict of interest in the matter because of her undisclosed relationship with Wiley & Sons Publishing, Inc. Yet, at no time during the 2-plus years of investigations and hearings — nor even after UCD’s Privilege and Tenure Committee concluded that Chancellor Katehi’s harsh assessment of penalties on Dr. Jialal were not justified — did she disclose the existence of her conflict of interest or inform Dr. Jialal of the possible bias in her decision-making.”

Writes Ms. Coleman, “We believe that the Chancellor’s conduct constitutes serious violations of her ethical duties and multiple violations of UC policies and procedures.”

She continues, “Dr. Jialal believes that other UCD officials carried out the Chancellor’s biased disciplinary actions and compounded his injuries by further violating his rights and protections in order to coerce his consent to egregiously punitive settlement terms and conditions. These improper actions took place only days before the Chancellor’s official, financial affiliations with Wiley & Sons Publishing, Inc. became public courtesy of the Sacramento Bee on March 3, 2016.”

In a follow up letter to General Counsel Charles Robinson on June 15, Ms. Coleman writes, “Dr. Jialal learned yesterday that false and defamatory information was conveyed to an official from another medical institution who contacted UC Davis for a reference check in conjunction with a tentative job offer to Dr. Jialal.”

She continued, “The official who received this false and defamatory information immediately communicated said information to Dr. Jialal, who now must substantiate the falsity of this information and nonetheless suffer the threat it poses to his prospects of employment with this, or any other, medical institution. This is unacceptable and must stop immediately.”

“After years of meetings, reports, investigations, and hearings purportedly resolved these issues, Dr. Jialal learned from the Sacramento Bee on March 3, 2016 — only one day after his right to revoke the settlement agreement ended — that Chancellor Katehi had failed to disclose to Dr. Jialal or the rest of the UCD community that she had a conflict of interest regarding her duties as Chancellor and her duties as a paid board member for Wiley & Sons Publishing, Inc.,” she writes.

“Dr. Jialal was completely exonerated by UC Davis’ research integrity investigation into the issue. Yet, yesterday, one or more UC Davis officials falsely reported to an official from another medical institution that Dr. Jialal was found guilty of research misconduct and was required to refund monies to the National Institute of Health. Both of these assertions are verifiably false, clearly malicious, and serve only to further malign Dr. Jialal’s internationally recognized and distinguished reputation as a medical doctor and researcher.”

Ms. Coleman argues, “At a minimum, Chancellor Katehi was obligated to disclose her leadership role and involvement with Wiley & Sons when it conflicted with her duties and responsibilities as Chancellor. Nonetheless, without disclosing her conflict in this matter, she presided over and ultimately imposed highly irregular and excessively punitive actions upon Dr. Jialal, even overriding and disregarding the recommendations of the Faculty Senate in this matter.”

Ms. Coleman maintains that Dr. Jialal “was coerced and rushed by improper conduct and representations by UCD officials to execute a settlement agreement that was highly adverse to his professional and personal interests.”

She believes that “after Dr. Jialal has vocally protested the Chancellor’s undisclosed conflict and overt bias in this matter, and after he retained legal counsel to press this matter on his behalf, one or more UC Davis officials have falsely and maliciously maligned Dr. Jialal’s professional reputation to a prospective employer as he attempts to mitigate the egregious financial and professional damages this saga has foisted upon him.”

She concludes the letter by noting that “UC Davis’ actions, conduct and false representations in this matter are egregious and reprehensible, and are to cease and desist immediately.”

On March 3, the Sacramento Bee reported that UC Davis Chancellor Linda Katehi had “received $420,000 in compensation as a board member for John Wiley & Sons, a leading publisher of science, engineering and math textbooks for universities,” while serving on their board from 2012 to 2014.

That disclosure followed the revelation that she had served on “the board of DeVry Education Group as the for-profit company faces scrutiny from federal officials for allegedly deceiving students about job and income prospects,” forcing her resignation.

A pending suit against the university notes that Professor Jialal had been employed at the UC Davis Medical Center since 2002 as a tenured professor and holder of the Robert E. Stowell endowed chair in Experimental Pathology.