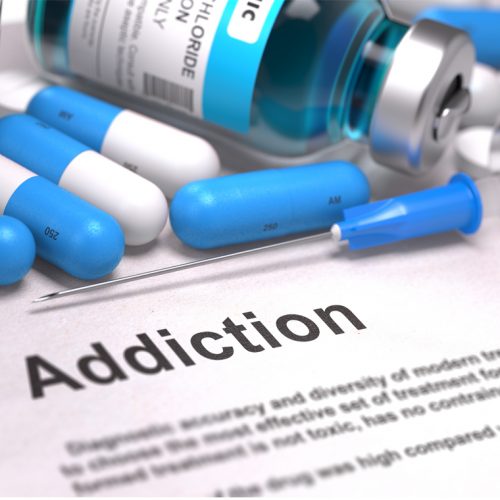 Supervisor Matt Rexroad offers some thoughtful commentary on opioid abuse in an op-ed in the Woodland paper on Thursday.  From my perspective, opioid abuse, which has manifested itself in prescription drug and pain killer abuse, is a serious health issue, but I worry about the rhetoric of saying “yes to the war on opioid abuse” because it seems to repeat failed policies of the past.

(As a programming note, the subject of opioid abuse will be a focus of our weekly video coming on Thursday at 6 pm).

Supervisor Rexroad relates the issue to an injury he suffered in 1994 while in the military.  He writes, “I cannot say that I approve of people taking illegal drugs for pain relief, but that experience made me understand it.”

His main point: “The latest frontline in the failed war on drugs focuses on opioids. These legal prescription pain-killers and their illegal variations are devastating communities throughout the country.”

He argues, “Just saying ‘no’ does not deal with the real policy issue. Ignoring it does an even greater disservice.”

Nearly 2000 Californians died of opioid overdoses in 2015.  And the problem is growing, as “nearly 4,000 visits were made to emergency rooms, along with more than 4,000 hospitalizations for opioid overdoses. It’s a wonder there weren’t more, considering 24.4 million opioid prescriptions were written in California in 2015. That’s 24.4 million prescriptions in a state of 39 million people.

So what is the solution?

He starts with, “Stopping illegal opioids like heroin from entering the country over the Mexican border is also essential.”

He continues, “The immigration debate is raging right now based on changes or proposed changes in federal policy. We can debate about who is let into this country, but we really should not have to debate whether these drugs are allowed to enter the country. The fact is that this problem happens in our backyard, and in many other backyards across the country.”

Supervisor Rexroad concludes: “As we’ve learned over the past three decades, there is no easy answer for the nation’s drug problem. It might even get worse when recreational marijuana begins to be sold in California in January. But we can and we must do more than just say ‘no.’ It is a law enforcement problem, but it is also an amazingly complex public health problem that needs attention nationally.”

There are three planks to his point.  First, the interdiction effort to stop drugs from coming over the border.  Second, the law enforcement aspect.  And third, a health problem.

While I am gratified that he would acknowledge this as not only a public health problem, but as one that is “amazingly complex,” I am concerned about the other two planks of his query (he really doesn’t offer a solution as such – which is actually to his credit).

The problem I have is that interdiction and law enforcement efforts on the war of drugs have generally failed.

From my perspective, the war on drugs has helped to breed an era of mass incarceration.  In her book The New Jim Crow, Michelle Alexander argues that more blacks are under the control of the criminal justice system today than were enslaved.  Ms. Alexander attributes this to the war on drugs.

“Today,” writes Ms. Alexander, “a criminal freed from prison has scarcely more rights, and arguably less respect, than a freed slave or a black person living ‘free’ in Mississippi at the height of Jim Crow.”

As Fairness and Accuracy in Reporting notes, “For decades coverage of drug policy helped fuel the racist, wrong-headed drug war which led to policies such as draconian mandatory minimum sentences and laws refusing financial aid to anyone convicted of drug-related crimes, which were particularly hard on the African-American community, due to racial disparities in arrests and sentencing.”

Thus, when we start talking about law enforcement efforts to deal with the opioid crisis, I think about failed sentencing schemes, the disproportionate sentencing between crack and powder cocaine, and mass incarceration.

It is interesting to note that the attitudes among Americans toward a drug epidemic has evolved, although some have attributed this change to race as well.

In a 2016 op-ed in the New York Times, Ekow Yankah notes that when the crack epidemic hit in the mid-1980s, “Crack embodied instant and fatal addiction; we saw endless images of thin, ravaged bodies, always black, as though from a famined land. And always those desperate, cracked lips. Our hearts broke learning the words ‘crack baby.’”

Thirty years later, “America is again seeing an epidemic of drug addiction, particularly heroin. The surge is so great that for the first time in generations, mortality among young white adults has risen. But the national attitude toward drug addiction is utterly different.”

Most importantly, he writes, “police chiefs in the cities most affected by heroin are responding not by invoking military metaphors, weapons and tactics but by ensuring that police officers save lives and get people into rehab.”

As one former narcotics officer described his change of heart on addiction, “These are people and they have a purpose in life and we can’t as law enforcement look at them any other way.”

This is a good change and even Professor Yankah noted, “It is heartening to see the eclipse of the generations-long failed war on drugs.”

The question is how and the answer should be obvious – the money that we’ve put into the failed war on drugs, into mass incarceration, into enforcement, needs to go into the health care system for education and treatment.

I worry about a return to the metaphor of war in the context to the opioid epidemic, even as we acknowledge the magnitude of the crisis.

4 thoughts on “My View: The War on Drugs Did Not Turn Out Well, So Let’s Be Careful on Approach to Opioid Abuse”