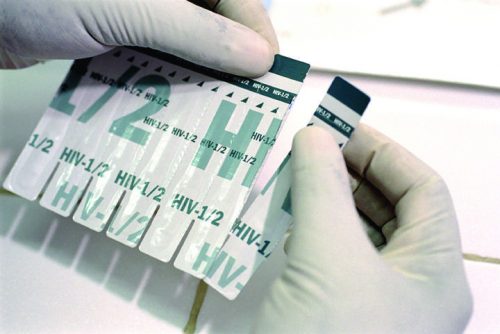 “Today California took a major step toward treating HIV as a public health issue, instead of treating people living with HIV as criminals,” said Senator Wiener. “HIV should be treated like all other serious infectious diseases, and that’s what SB 239 does. We are going to end new HIV infections, and we will do so not by threatening people with state prison time, but rather by getting people tested and into treatment. I want to thank Governor Brown for his support in helping to put California at the forefront of a national movement to reform these discriminatory laws.”

“State law will no longer discourage Californians from getting tested for HIV,” said Asm. Gloria. “With the Governor’s signature today, we are helping to reduce the stigma that keeps some from
knowing their HIV status and getting into treatment to prevent additional infections. I want thank Governor Brown for signing SB 239. This action keeps California at the forefront in the fight to stop the spread of HIV.”

SB 239 updates California criminal law to approach transmission of HIV in the same way as transmission of other serious communicable diseases. It also brings California statutes up to date with the current understanding of HIV prevention, treatment and transmission. The bill fulfills a key goal of the National HIV/AIDS Strategy and is consistent with guidance from the U.S. Department of Justice and with California’s “Getting to Zero” plan to reduce HIV transmission.

“California’s outdated and draconian HIV criminal laws have disproportionately harmed people of color and transgender women,” said Melissa Goodman, LGBTQ, Gender and Reproductive Justice Project Directo with the ACLU of Southern California. “With the enactment of this law, our laws will now become more fair, less discriminatory, and will promote treatment and prevention rather than criminalization.”

In the late 1980s and ‘90s at the height of the HIV epidemic, lawmakers passed several laws that criminalized otherwise legal behaviors of people living with HIV or added HIV-related penalties to existing crimes.

These laws were based on fear and the limited medical understanding of the time. When most of these laws were passed, there were no effective treatments for HIV and discrimination against people living with HIV was rampant. Research now demonstrates that people living with HIV on effective treatment cannot transmit the virus to their partners. And HIV-negative individuals can take medication, known as PrEP (pre-exposure prophylaxis), to reduce the risk of acquiring HIV by up to 99 percent. SB 239 ensures that these advances inform our laws and the manner in which we address our public health response to HIV.

“With his signature, the Governor Brown has moved California’s archaic HIV laws out of the 1980s and into the 21st century,” said Rick Zbur, executive director of Equality California. “SB 239 will do much to reduce stigma and discrimination against people living with HIV – it is not only fair, but it’s good public health. When people are no longer penalized for knowing their status, it encourages them to come forward, get tested and get treatment. That’s good for all Californians.”