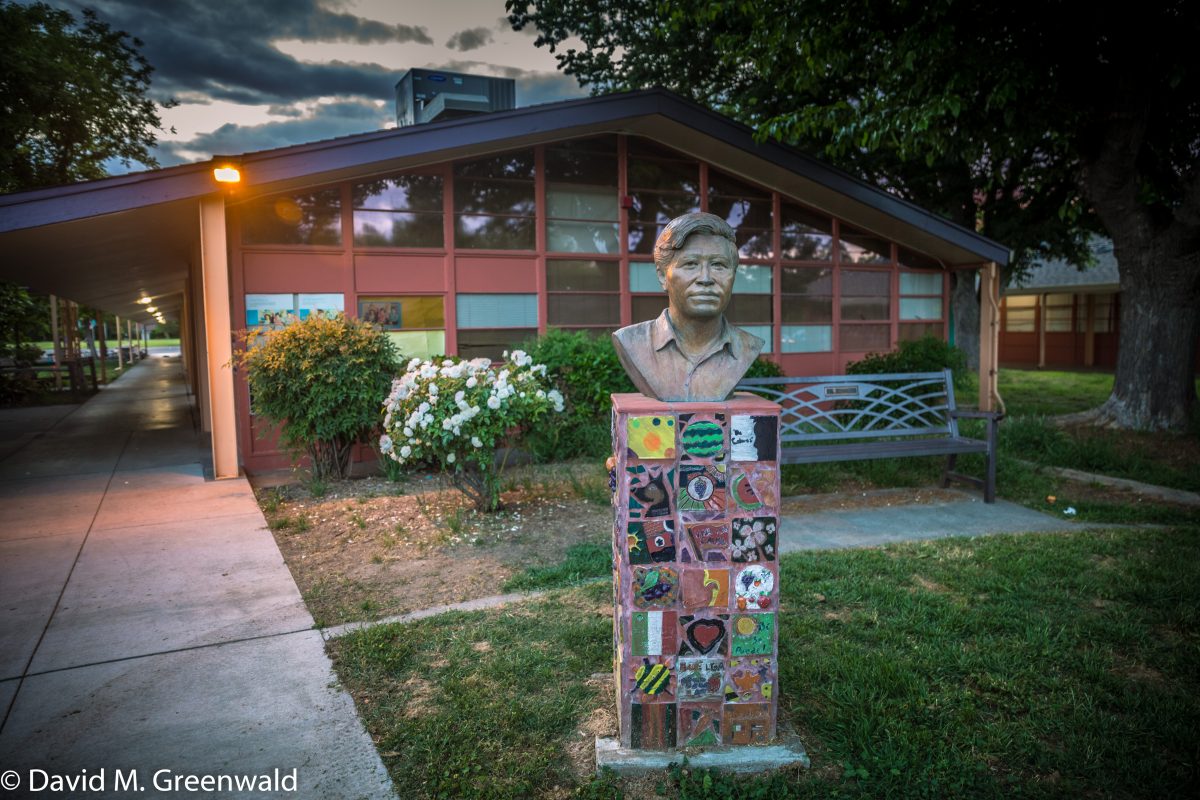 Parents at Cesar Chavez are talking a “mean girls phenomena” where their children, some in the third grade, others as early as first grade, are being bullied at school.

Aside from concerns about the immediate handling of the bullying issue, one of the major issues raised by many of the parents is that not only was the school counselor on maternity leave, but when the counselor is there, it is only part time.  Many of the parents pointed out the need for at least a full-time counselor, given the size of the campus at 600 students.

A few parents came forward at public comment at the last school board meeting to get the attention of the school board and push for additional counseling.

The Vanguard spoke with Grace Bassett, whose daughter received a written death threat in class in third grade.  “I will kill you,” was written on a white board at the table where she was working.  That message, she explained, “was immediately following a threat from the ringleader of this group, ‘I’m going to tell the principal on you for talking about and I’m serious.’  Of course the only part the teacher heard was ‘and I’m serious.’”

Ms. Bassett explained, “It’s been an issue all year long but we’ve had no counseling.”

This ringleader apparently had problems the previous years, and the parent believes she would benefit herself from meeting with a counselor.

One of the big problems is that at best they have a part-time counselor for the whole school, Ms. Bassett said.   “She’s there half time for Patwin and half time for Chavez.”  Between the two locations, she’s responsible for about 1025 kids.

One of the remedies given to Ms. Bassett’s daughter is a “no questions escape pass” to see the counselor.  But that means she can see the counselor “on Mondays and Thursdays and alternating Wednesdays” to go talk to her.  Her mother explained, “On the other days, she can sit in the office and speak to the interim principal or wait until she’s calm enough and can go back.

“It’s heartbreaking that there’s not somebody there every day,” she explained.  “What if something would happen on a Tuesday?”

The Vanguard spoke to another mother of a third grader who had a similar experience.  Her daughter this year made a new group of friends “that are not very nice.”  She had an older, existing group, and she has found herself caught in the middle, with each group getting mad at her when she went to the other group.

“The new group of friends she had made were very mean and very bullying,” she explained.

In one incident, her daughter came to school with an injury to her toe and told her friends about it.  She explained that “they proceeded to encourage other kids and they themselves kept stepping on her toe, and acting like it was an accident.  Saying oops.  Continually.  It’s not an accident.”

The parents got concerned and contacted the principal and it was at this point that her daughter confided that the girl in the mean group was doing all sorts of physical abuse to her.  “She came home with a bruise the size of a plum on the shin,” she explained.  Her daughter acknowledged that the girl had kicked her.  “She opened up that in class, the girl would sit behind her on the rug and would hit her in the back when the teacher wasn’t looking.”

But it appears the interim principal didn’t handle it appropriately.  According to the mother, the principal called them both into the office at the same time, and the bully denied it entirely.  “My daughter just said, ok.  She wasn’t going to stand up to that,” she explained.  “I was floored.  The principal said the issue was solved, you guys can play together again.

“My head almost exploded, I couldn’t believe that,” she said.  At this point she contacted the school psychologist.  She was alarmed to find out she was on maternity leave.  When she returned a week later, the mother asked her to work with the students on a regular basis.  She was told, “I can’t do that, I have to split time at two schools.”  And she works part time anyway, going between the two schools.

She said this bully was picking on another girl and her parents got involved.  She doesn’t know what happened, “but somehow this bully stopped being mean to this other girl.”

Things are better right now for her daughter, but the mother is still waiting for the next shoe to fall.  “Without counseling this is just going to come back,” she said.

Other parents did not want to talk to the Vanguard, but evidently had similar experiences.  Some came during the school board meeting at public comment.

Lupita Torres spoke during public comment two weeks ago.  She said that her daughter has been there since kindergarten and has had a number of issues with bullying, but she always felt like “nothing would be done.”

However, she has talked with other parents who are also concerned.  “It’s pretty bad, students are getting physically attacked,” she said.  “Nothing gets done.  There is a lot of name calling.  My daughter, she’s not fat, but she’s been fat shamed.”

She noted that while people might believe this is normal behavior, she said, “I have been there for four years and I can say it is above and beyond what is normal.

“My daughter has been punched in the vagina, she’s been kicked in the stomach, the staff on the campus will say, what did you do to deserve that – basically telling my daughter she did something wrong.  It’s been more than a couple of times over the years.”

Melissa Moreno also spoke during public comment at the board meeting and described her first grader at Cesar Chavez coming home “with her first major story of bullying.”  She said, “It was so intense that my husband and I decided we need to get her some support.”

Ms. Moreno told the board that the school distributed a climate survey to the parents – a little over 100 parents – “and over 30 really expressed the severity of the bullying on that campus.

“These results show what the climate is like,” she said.

Dereck Brother and Ricardo Perez met with many of the parents during their search for a new principal.  The Vanguard was told that when the conversation shifted to climate concerns, they attempted to end the meeting, but the parents would not let them go without being heard.

Maria Clayton, DJUSD Public Information Officer, told the Vanguard she was unable to comment on specific situations or cases that involve student information or students.

She did verify that Cesar Chavez went without a without a counselor for the beginning of the year, when the counselor was on leave.

She said, “In January, Chavez hired a temporary part-time counselor and I can assure (you) that both the Chavez counselor and the district Prevention and Crisis counselor have provided social emotional supports to the Cesar Chavez Elementary this year.

She added, “While DJUSD provides more counseling support than most school districts at the elementary level, DJUSD Board of Education has made the Social emotional health of students a priority for our schools and DJUSD may consider augmenting elementary counseling in the future.”