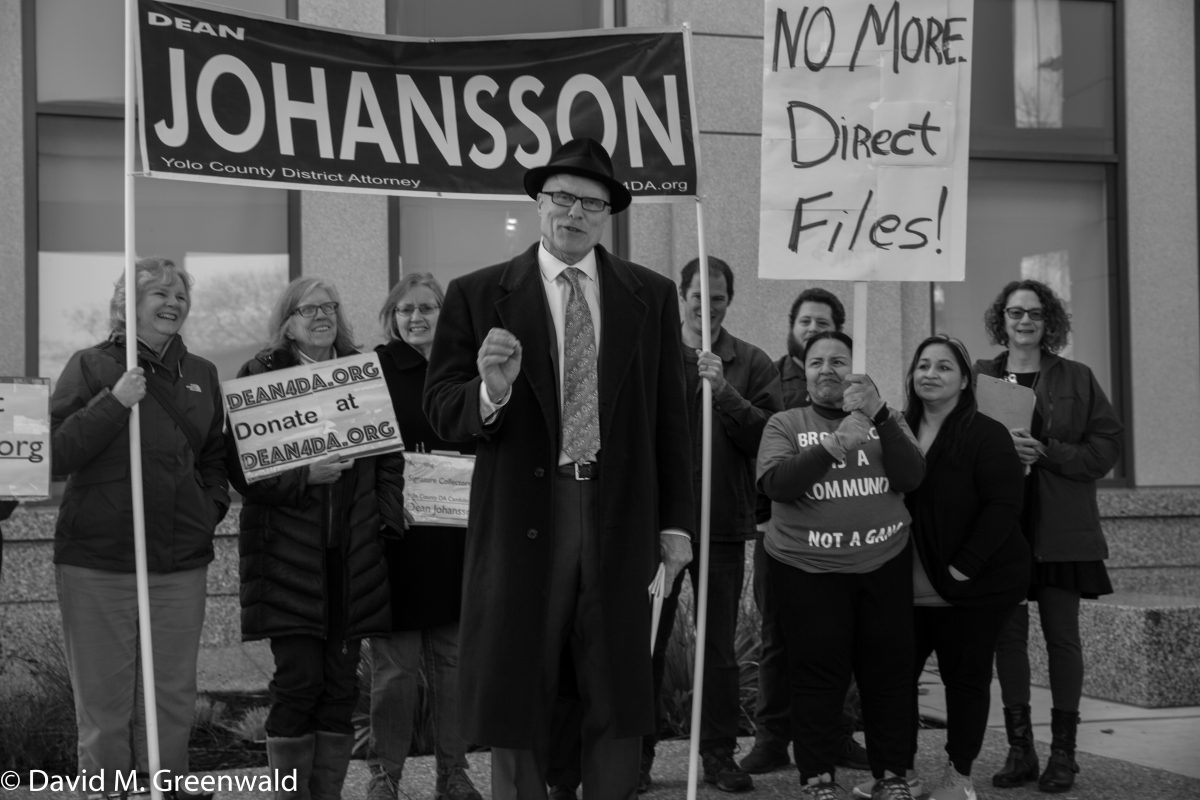 His opponent, current District Attorney Jeff Reisig, sees the office in a different light and on a number of issues has disagreed with both the Democratic Platform and the positions of the majority in Yolo County on the reform propositions.

Dean is a registered Democrat and the last party his opponent associated with was the Republican Party.

While California sees the office of District Attorney as non-partisan, we  believe that Democrats show leadership in advancing  our values when we support a District Attorney candidate that agrees with and embodies them.  Democratic activists, including our elected officials, can make a contribution to constructive change by joining together to support and elect our endorsed candidates.  Supporting, by endorsement or otherwise, a candidate for District Attorney who does not reflect our values can frustrate our efforts.

For these reasons, we call upon you, as an elected Democrat in Yolo County, to rescind your endorsement of the current District Attorney Jeff Reisig and show your support for Dean Johansson.

Bob Schelen is the Chair of the Democratic Central Committee