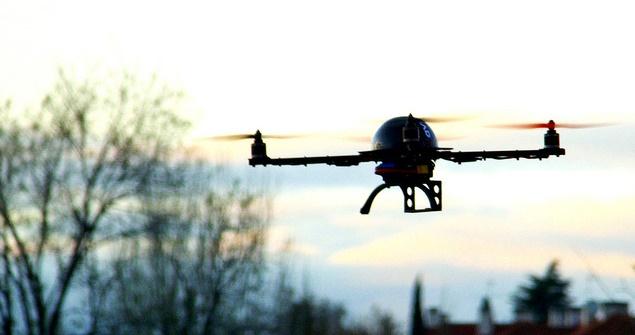 Sidney Fussell, writing for Gizmodo, has investigated the field of law enforcement drones, which is vast and unregulated. There is no nationwide policy on drones, leading to different uses and abuses among police departments. The FAA requires basic certifications and a few bare-bones restrictions, but offers no specific guidance. Police try to focus attention on positive uses for drones in extreme cases such as search and rescue missions for children and “fatal funnels” which trap officers without cover, anti-surveillance activists worry that such cinematic portrayals of law enforcement use of drones will obscure more intrusive, everyday uses. Hamid Khan, an activist with the Stop LAPD Spying Coalition, said that law enforcement agencies have a track record of mission creep. “The capacities and capabilities [of drones] need to be seen not just in that single tool, but in how it fits into larger architectures of surveillance and information gathering.” In 2011, Border Patrol loaned a Predator B drone to a North Dakota sheriff to wrangle some missing cows, leading one writer to note wryly, “It is clear they will lend the drones only to those truly in dire straits.” Gizmodo points to this very concern among police technology experts: “Is technology defined by how it’s used in day-to-day or extreme scenarios?” [Sidney Fussell / Gizmodo]

Drones can be compared to other police technologies but are particularly concerning because they can be equipped with “facial recognition technology, live-feed video cameras, thermal imaging, fake cell phone towers to intercept phone calls, texts and GPS locations, as well as backend software tools like license plate recognition, GPS tracking, and facial recognition,” according to the Electronic Frontier Foundation. [Thor Benson / Wired]

A year and a half ago, the Police Foundation, in an effort to help police convince the public that police drone programs are in everyone’s best interest, released a 311-page guidebook entitled Community Policing & Unmanned Aircraft Systems (UAS): Guidelines to Enhance Community Trust. The writers urge police to drop the name “drone,” which is associated with military-style weapons, and instead adopt “unmanned aircraft systems.” The police foundation said it wrote the book to “help law enforcement agencies address [privacy] concerns.” [Maria Valdovinos, James Specht, and Jennifer Zeunik / Police Foundation]

It is often left to the drone vendors themselves to supply best practices to police forces. Vendors, of course, hope to sell as much of their product as possible and have acknowledged that enforcing accountability and limiting scope are not their roles or priorities. “We’re the company that makes the drones,” said a representative from DJI, a major drone manufacturer. “We would certainly advise law enforcement agencies to come up with a strong policy for how they will use drones and the data they collect, but it’s not really our place to suggest ones to them.” This area “is screaming for regulation,” said Barry Friedman, director of the Policing Project at NYU School of Law and an AI/Ethics board member. “If vendors and police departments do not start to self-regulate, then they will at some point, in the not too distant future, find themselves regulated.” Friedman envisioned a regulatory scheme that would combine third-party audits, self-regulation, and specific-use warrants from a judge to use drones for anything outside of normal operations. [Sidney Fussell / Gizmodo]  Law professor Andrew Ferguson has said that big-data policing is less about police chiefs finding the ideal strategies to enhance safety. “It’s tech companies selling them cool stuff, charging police departments for storage and data…[and] telling them, ‘We can help you solve more crimes with our cool tech.’” [Jon Fasman / The Economist]

Police departments have found come up with different uses for drones. Kentucky city officials have proposed using them to investigate after gunshots are detected, because often people in overpoliced areas refuse to call 911. “Drones could theoretically capture evidence of suspects and witnesses,” Fussell notes, “but does sending in drones ‘enhance community trust,’ to borrow the Police Foundation’s phrase, if there is none?” Chicago Mayor Rahm Emanuel supported a bill that would allow for drone surveillance of protestors.  [Sidney Fussell / Gizmodo]

Todd Miller, author of Border Patrol Nation, says Border Patrol is creating a “technological fortress, a big brother state connected to a greater surveillance apparatus,” and characterizes its acquisitions as “ineffective war toys.” Customs and Border Protection (CBP) has wasted at least hundreds of millions of dollars on the statistically useless drone program. The agency also championed SBInet, a surveillance-tower project that failed and wasted $1 billion in so doing. Much of this surveillance affects American citizens. A Government Accountability Office report stated that “CBP’s use of UAS [unmanned aircraft systems] is not limited to border and coastal areas of the United States.” The ACLU has pointed out how extensively CBP loans out its drones for police work inside the U.S. [John Washington / The Nation]

Some jurisdictions have begun to create the regulation that does not yet exist nationally. These include Santa Clara County, California; Davis, California; Berkeley; and Seattle. In May, Oakland, California, adopted what the Electronic Frontier Foundation called the “new gold standard in the movement to require transparency and community engagement before local police departments are permitted to acquire or use surveillance technology.” The Surveillance and Community Safety ordinance requires public hearings, invalidates many nondisclosure agreements, grants protections to whistleblowers, and limits data retention. These measures are intended to keep the public apprised of what these police surveillance devices are doing, making residents less likely to support the devices for one purpose and then suffer the consequences when they are used differently down the road. [Nathan Sheard / Electronic Frontier Foundation]

Oakland’s groundbreaking policy was an outgrowth of its privacy commission, a nine-member group that advises the City Council. It was established by concerned residents after a group helped stop the city’s plan to introduce a domain-awareness system like the one Microsoft and the New York Police Department built in New York. “We just started showing up and educating the council on the risks of this equipment,” said Brian Hofer, a member of the commission. The Oakland police and the commission now meet every month and write policies together. The police are open about how its surveillance technology is used. Working with the commission “encourages us to think about what technology is really needed,” and to weigh costs and benefits, said Tim Birch, the head of Oakland Police Department’s research and planning division. Hofer says, “The police are aware that they have to behave differently because someone is watching.” [Jon Fasman / The Economist]

This appeared in the Newsletter of the Daily Appeal on Friday.  Sarah Lustbader is the curator. To view the newsletter click here.

Share:
Tags:Police SurveillanceSurveillance DronesSurveillance Ordinance
Previous : The Right to Plead No Contest in a Criminal Case
Next : Guest Commentary: Student Housing Crisis by the Numbers